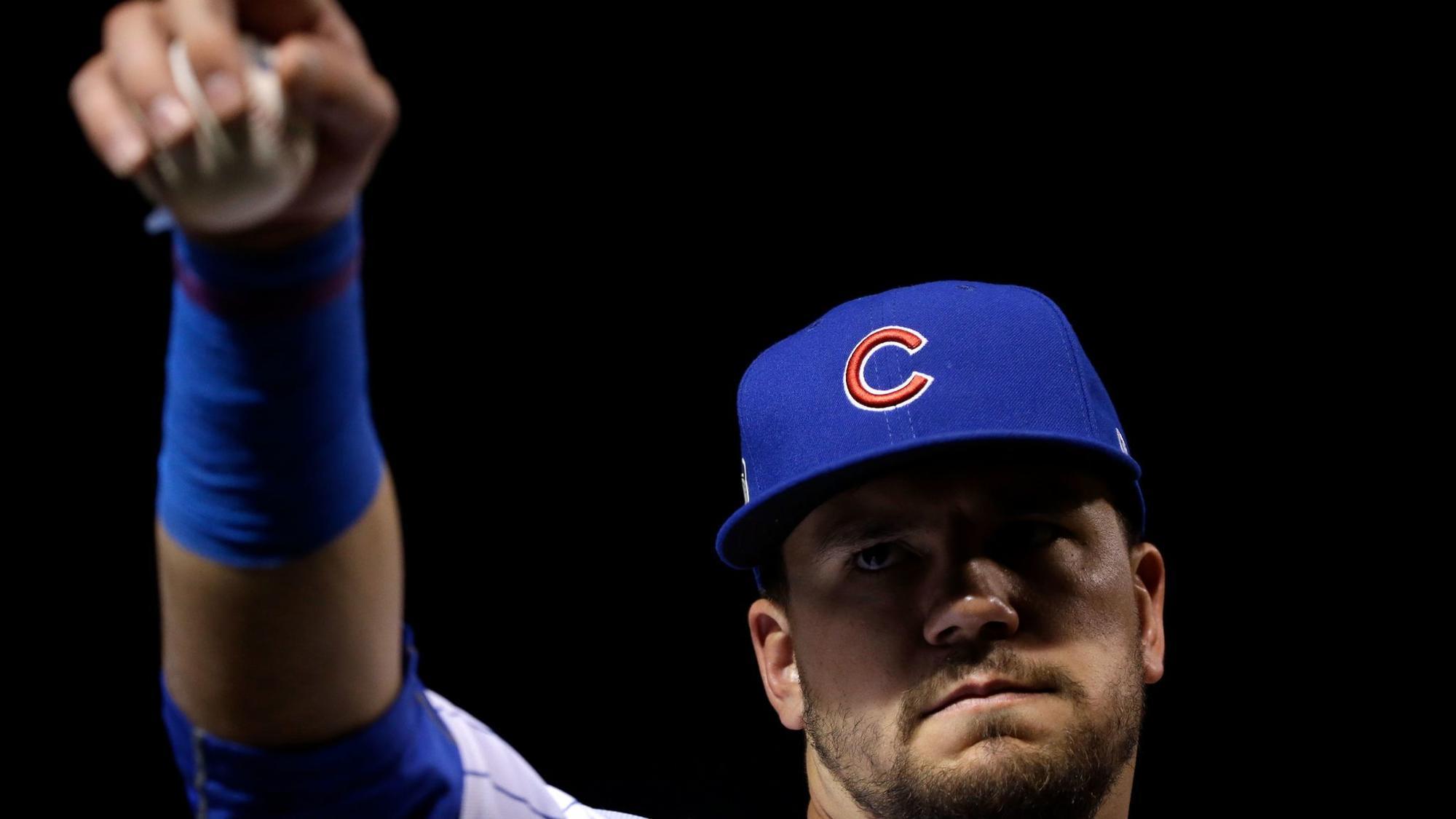 Cubs President Theo Epstein revealed that Schwarber's renewed commitment to fitness was mutually agreed upon after the end of the 2017 season.

"We brought it up with him," Epstein said. "He told us that he had already made it a priority he was going to get in the best shape of his life and he realizes now to be the left fielder he needs to be, and to hitter he needs to be, is something he wanted to do.

"And take control of the controllables, and you can control what kind of shape you can get into the offseason. A lot of this game you can not control. He's looking to dominate everything he can control, and this is one of them. ''

Based on the photographs, Schwarber appears at least 20 pounds leaner than his listed 6-foot, 235-pound frame.

Schwarber remains A potential trade target for pitching, as the Cubs have a surplus of young outfielders

"Until it reaches a point where he's signs somewhere else, we'll continue the dialogue, "said Epstein, said he often talks to agent Scott Boras at the Winter Meetings.

One under-the-radar signing is left-hander Dario Alvarez, who possesses" one of nastiest left-handed sliders in the game, "Epstein said.

Epstein said reliever Hector Rondon, who was not tendered to contract Dec. 1 and became a free agent, has" a lot of baseball left. "

Epstein believed Rondon's free agency will be good for him and that he could regain the late-inning duties that he lost with the Cubs in the past two seasons.

10 remarkable Japanese players who crossed over to MLB »