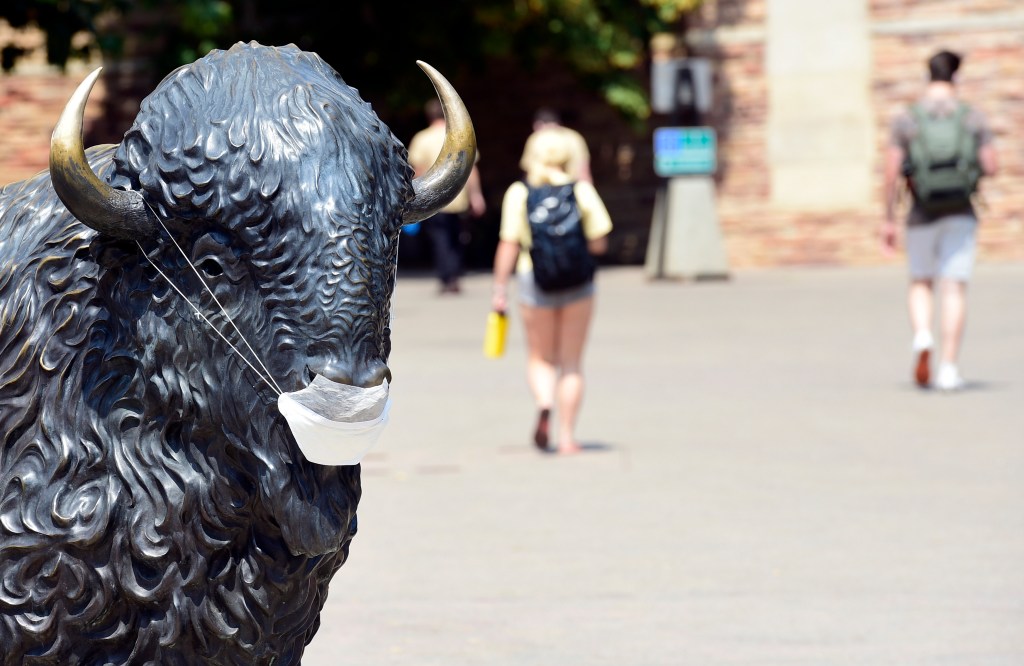 The University of Colorado’s Boulder listed 41 additional coronovirus cases on its online dashboard on Thursday, returning from 178 trials on Wednesday, while Boulder County tallied 47 cases on Thursday.

Since August 24, the first day of classes, the university has tallied 174 positive cases from 1,119 clinical trials. As of Wednesday, 35 of the university’s 249 isolation locations are in use.

The 41 cases reported by CU Boulder came after the outbreak of their chapter of Pi Beta Fei. State data shows that eight residents have tested positive for the virus and a resident is likely to be determined.

Ibsen said that most of the members living in the house have been tested and continue to be tested, although “by law, we are not required to test women.”

“We believe we are handling this according to CDC guidelines and in collaboration with Boulder County Public Health,” she said. “We will continue to monitor our members living in the Chapter House and practice security measures in the facility.”

The university’s dashboard shows that 2,374 people have taken screening tests so far this week, a total of 10,272 since August 24. Those receiving positive test results from the screening test are directed to take diagnostic tests.

The dashboard also reveals that 16 people tested positive through medical services at the camp, which brought in a total during the week, August 16-22, as CU Boulder began tracking cases for the fall semester of 190 gave.

Of the county’s cases, 861 fall within the age range of 20- to 29 years. Positive tests from CU Boulder are compiled in county numbers if that person is a county resident.

The five-day average of new daily cases is 28.6, and the Health Department said in a tweet Thursday that “this is to be expected when a large number of new residents move into the community.”

“The good news is that the five-day rolling average of the positive COVID-19 test has been stable at only 2.5%,” the tweet stated.

Today is the five-day average of new cases. This should be expected when a large number of new residents move into the community. The good news is that the 5-day rolling average of positive COVID-19 test result has been stable at only 2.5%. Data: https://t.co/Jc7cHHv0UW pic.twitter.com/49pBvyMUwm

Updated data on Thursday shows that 59,655 county residents have been tested, with 4.01% returning tests positive. The five-day average percentage of positive cases is 2.5.

Statewide, 60,185 positive or probable cases have been reported. There have been 1,979 deaths in cases, and of them 1,889 deaths due to coronovirus. There are 7,186 people hospitalized. Out of Colorado’s approximately 5.7 million population, 760,610 people have been tested for the virus.

According to the Department of Health, some figures may be missing due to delays in screening and reporting the disease.