Crowds on the beach defy COVID-19 restrictions in Catalonia 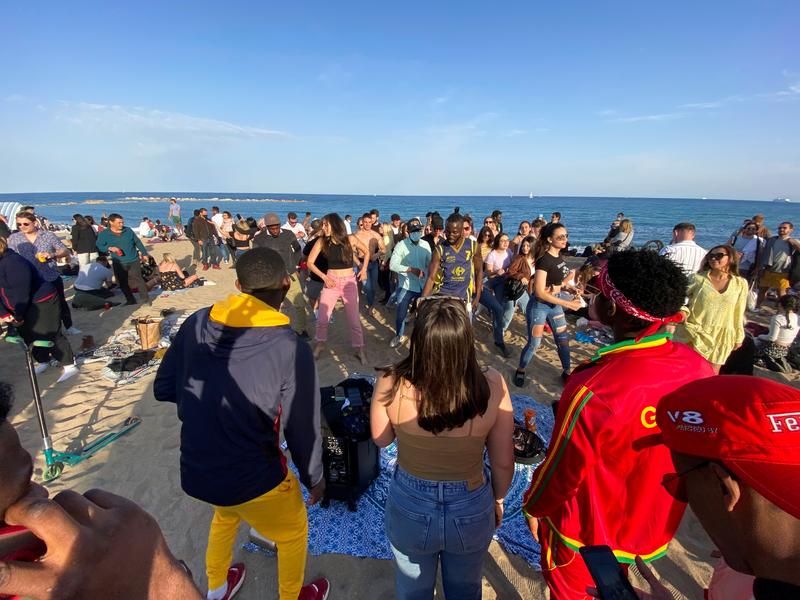 In Barcelona, ​​Tarragona, and other popular cities along the coast of the northeastern region of Spain, crowds gathered on beaches, some without masks or ignoring social distancing.

On a popular beach near central Barcelona, ​​dozens of partygoers had danced on Friday, some of whom were disobeying regulations designed to prevent the spread of the coronavirus, police said Saturday.

The impromptu party took place on Barceloneta beach and police said they had warned revelers that they were breaking health regulations.

“Barcelona is the perfect place to party, to drink, but this is a big problem, the police are preventing people from having fun,” said a British reveler who only gave his first name Liam, 32, and wearing a mask. he told Reuters.

Gatherings of more than six people in public areas are prohibited in Catalonia and violators can face fines of 300 to 600 euros (350 to 700 dollars), police said.

“Our agents warn people where there are large groups of people who are violating the restrictions and sometimes if they do not put on masks or walk away, they can face fines,” said a spokesman for the Catalan regional police. He did not say if anyone had been fined for the Barceloneta party.

Miquel Samper, interior minister for the Catalan region, told RAC1 radio on Saturday that people should wear masks if mingling with other people on the beach, but they don’t need to if they are sunbathing or swimming in the sea, guide that differs from national law. .

Catalonia is one of several Spanish regions defying a law passed Wednesday that requires people to wear masks outdoors regardless of whether the 1.5-meter safety distance is respected.

After mounting criticism, the Spanish government has said the mask law would be revised, but has not said when any revision would take place.