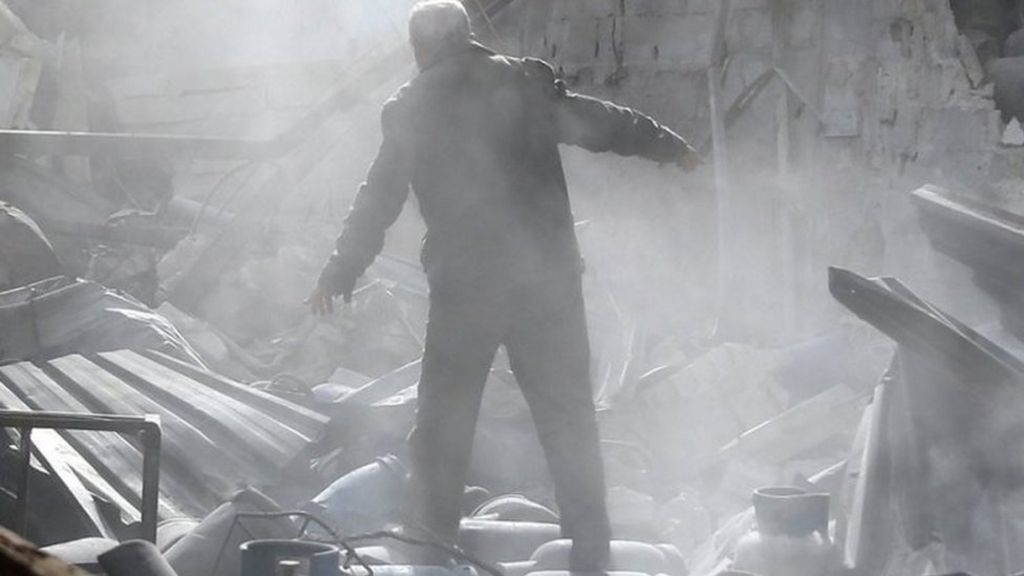 At least 23 people were killed in attacks by Syrian government troops in a rebel-controlled enclave on the outskirts of Damascus, says a monitoring group.

The Syrian Observatory for Human Rights (SOHR) based in the United Kingdom said that several cities in East Ghouta were attacked by air strikes and artillery fire.

None of the two reports has been independently verified.

On Sunday, SOHR said the children were among the victims of government attacks in East Ghouta.

It is said that more than 120 people have been killed since the Syrian army began its offensive in the rebel enclave almost two weeks ago.

After years of siege, conditions for the 400,000 residents of Eastern Ghouta are dire.

In a report last week, the UN said food was so scarce that some residents had been reduced to eating fodder and even garbage.

It was reported that several people died of starvation.

Eastern Ghouta is one of several "de-escalation" zones in Syria announced by Russia, Iran and Turkey earlier this year.

In a separate development, Russia, a key ally of Syrian President Bashar al-Assad, said its warplanes carried out air strikes against positions of militants of the Islamic State (IS) in the eastern province of Deir al-Zour .

He said that the bastions of IS and a number of militants were reached.

Earlier this month, Syria announced that its troops had regained control of Deir al-Zour, the last IS stronghold in the country.

Peace talks backed by the UN are expected to resume in Geneva next week, but several rounds of previous negotiations have failed.