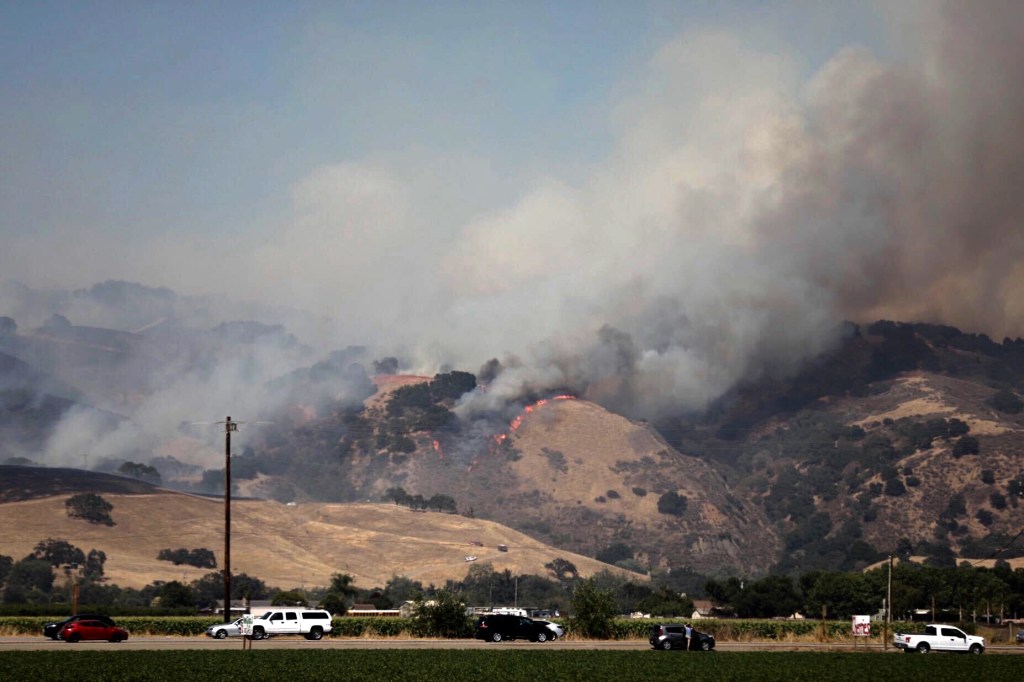 GILROY – A rapidly spreading fire burned more than 1,000 acres on Sunday in the wilds of Santa Clara County north of Gilroy, sparking a new round of residential evacuations, authorities said.

Shortly after 2:20 pm, CalFire teams responded to reports of flames along Crews Road in Oak Spring Circle. Temperatures in the area were in the low 80s to 90s, and low humidity and southeast winds of up to 25 mph were expected to make firefighting conditions even more difficult.

In a social media post just before 3:10 p.m., CalFire said two structures were involved, with many others threatened.

#CrewsFire [Update] The fire is now over 150 acres and remains at a moderate rate of spread. There are two structures involved and multiple structures remained threatened. Please avoid the area. pic.twitter.com/sSQtHn0bzK

At 4:55 pm, evacuations continued along Canada Road, with at least one other agency seeking to help recover at-risk animals in the area.

Just before 6:30 pm, CalFire said the fire had increased to 1,000 acres and was heading south and east on Highway 152, with continued evacuations along Canada Road.

#CrewsFire [Update] The fire has now grown to 1,000 acres and is burning to Highway 152. Evacuations continue on Canada Rd. Pic.twitter.com/jCs2nGD02D

While a strike team that included Oakland firefighters, the Fremont and Alameda County Fire Departments met in Fremont Sunday night before heading south, NorCal Red Cross volunteers were working with public health officials from the county to open an evacuation center.

Tonight, Fremont firefighters on the 8231 engine, part of the Cal OES 2870C strike team, were deployed to #CrewsFire north of Gilroy. The Strike Team, which also includes teams from @HaywardFireNews, @OaklandFireCA and @AlamedaCoFire briefly met in Fremont before leaving as a team pic.twitter.com/Y0jShwnkCE

Firefighting resources in the area were also expanded by responses to the park fire near Anderson Reservoir, and by the aftermath of responses to fireworks caused by fireworks over the holiday weekend.