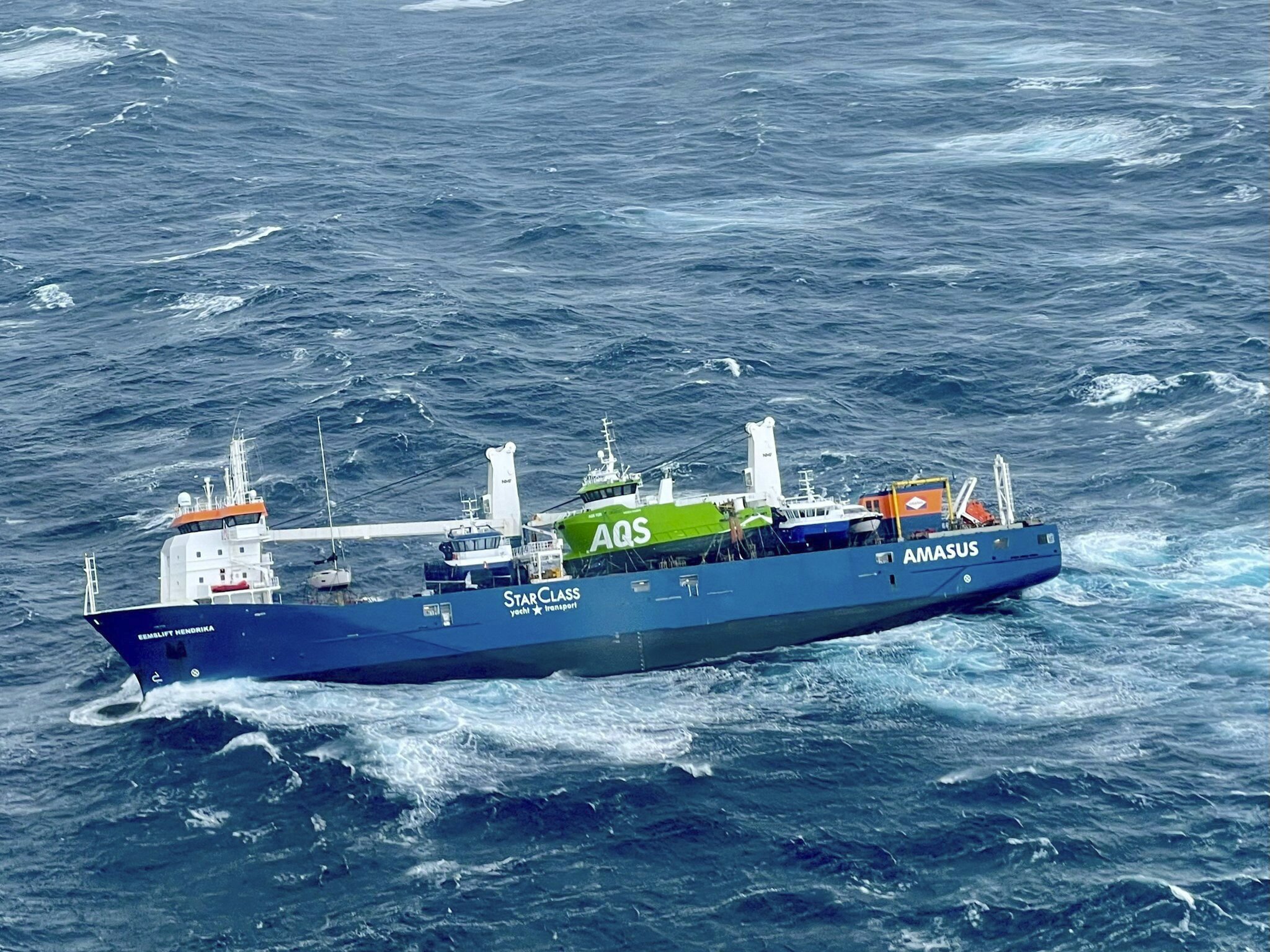 HELSINKI (AP) – An unmanned Dutch freighter could be in danger of capsizing in rough seas off the coast of Norway after its crew was evacuated following a distress call from the ship.

The Norwegian Coastal Administration said Tuesday that it sent a coast guard ship to inspect the situation with the Eemslift Hendrika, which is for sale and floats without a motor in the Norwegian Sea 130 kilometers (80 miles) from the city of Alesund.

Scene video showed how the Norwegian Rescue Coordination Center evacuated some of the ship’s 12 crew members via helicopters after they jumped into the sea. The ship issued a distress call Monday night.

Maritime authorities said their focus now was to figure out how to stabilize the ship so it wouldn’t sink while trying to make sure the ship didn’t hit shore. Surveillance planes patrolled the area.

“We are optimistic but at the same time there are waves of 15 meters (49 feet) high and strong winds. The weather conditions are extreme and the safety of personnel will always come first, ”emergency director Hannes-Petter Mortensholm of the Norwegian Coastal Administration told the VG newspaper.

Norwegian public broadcaster NRK said the ship lost power to its main engine on Monday night. If the ship sinks, Norwegian authorities are concerned that diesel and fuel oil could spill from their tanks.

Registered in the Netherlands, the Eemslift Hendrika was built in 2015. Its cargo was not immediately known.