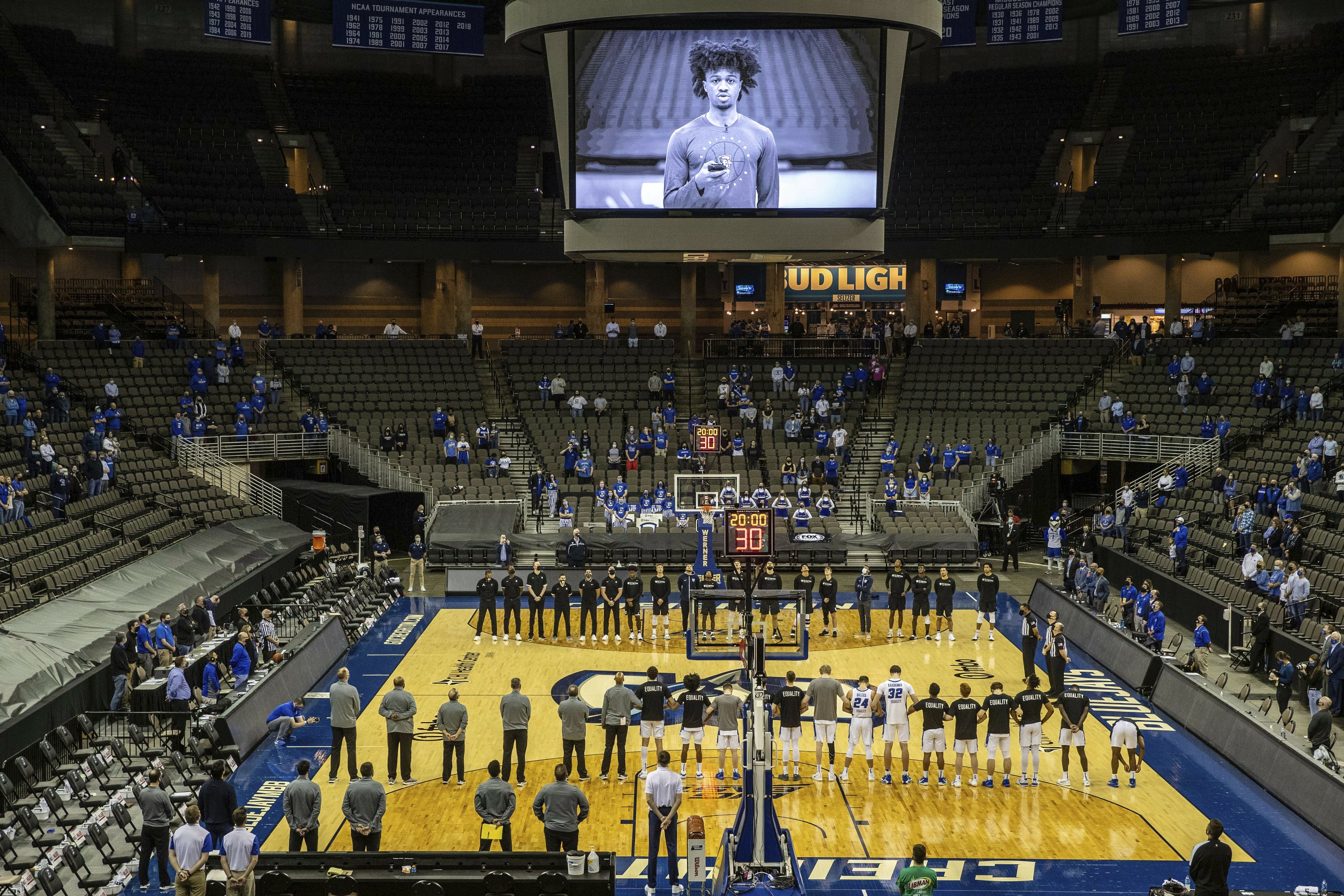 A sixth player who did not speak in the video, star guard Marcus Zegarowski, said after the 93-73 win over Butler that while McDermott made a mistake with his choice of words, he loves and supports all of his players.

McDermott used the term “plantation” twice as part of an analogy that urged team unity. The university suspended McDermott indefinitely on Thursday, having coached in Wednesday’s loss at Villanova. Assistant coach Alan Huss was the acting head coach of the Butler game.

“I need everyone to stay on the plantation. I can’t let anyone leave the plantation, ”McDermott told the players after a loss at Xavier on February 27, using a term that evokes slavery and the pre-war South.

The Creighton players had not publicly commented on McDermott’s comments until five black players spoke in the pregame video at CHI Health Center.

“James Baldwin said that not everything that is faced can be changed, but nothing can be changed without being faced,” Christian Bishop said at the beginning.

Shereef Mitchell later said: “For slaves, life on a plantation was full of mental, emotional, physical, psychological and sexual abuse. You were owned as property and not as human. The slaves had no rights and no voice. They were branded as cattle, driven from their homeland, and stripped of their culture, language, and basic human rights. They worked 18 hours a day six days a week. Any sign of irregularities, such as lack of productivity, failure to follow instructions or resistance, would result in beatings or death and therefore … “

“What Coach Mac said hurt me and my teammates,” Denzel Mahoney said.

Antwaan Jones later said: “People talk about inequalities and equality, but they don’t really know what it means to be equal. And I feel like this is the start of a new conversation in the future. Let’s keep educating each other and keep growing. “

Damien Jefferson said, “If I were your son, would it matter then? We are not okay with racism. Let’s start the conversation. “

The video ended in silence with all the Creighton players arm in arm on the court.

Afterward, “Lift Every Voice And Sing,” also known as the black national anthem, was played.

Neither team was on the court to hear the national anthem.

Zegarowski spontaneously praised McDermott for the impact he’s had on him since he arrived on campus and that the coach’s comments in the locker room shouldn’t define him.

“A lot of guys in that locker room were hurting because of it, and I was hurt by what he said,” Zegarowski said. “At the same time, Coach Mac has been a great mentor to me and I know he would take a bullet for me and for everyone in that locker room, including the coaching staff.

“I know he made a serious mistake with what he said. Only I know everything he has done for me as a player, but more importantly as a human being. He loves me, he loves everyone in that locker room. That’s my coach, I love that guy. People make mistakes, and that’s my man. “

McDermott publicly apologized Tuesday and again on Wednesday. Creighton Athletic Director Bruce Rasmussen said additional penalties were being considered, none of which would be made public.