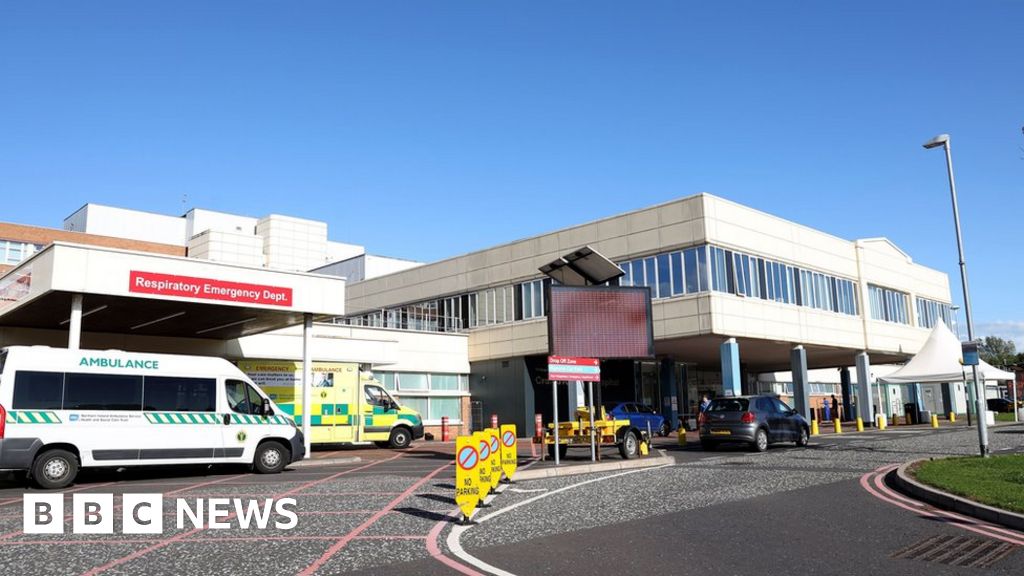 The chief executive of the Southern Health Trust has apologized after the death of a fourth hematology patient at Craigavon ​​Area Hospital who tested positive for Kovid-19.

Shane Devlin said he and Faith “are really sorry for what has happened”.

Fourteen patients in the ward were confirmed that the cluster identified last week had the virus, while another patient from Ward 3 South also tested positive.

Twenty members of staff in the two wards tested positive for Kovid-19 and another 56 are also self-isolated due to possible contact with the virus.

The Chief Executive stated that Southern Trust would fully cooperate in the SAI’s review.

Mr Devlin told Good Morning Ulster “it will be thoroughly investigated to understand what has happened, to ensure that we can learn, because we need to learn”.

He said he was confident that the outbreak at Craigavon ​​Area Hospital is now “under control”.

“There is still a lot of human impact and we have to work with families,” he said.

He said that the important thing is that in the first place, tried to explain how the virus had entered the hospital wards.

Newry for SDLP and MLA Justin McNeculty for Armagh said it was “devastatingly painful for the families involved”.

He has spoken to some people who have lost family members and told Good Morning Ulster that they “want answers and they deserve answers”.

“His loved ones went to the hospital Kovid-free and the virus was passed on to him in the ward,” he said.

“They are really angry about this and feel that their loved ones should still be with them.”

Mr. McNke described the meeting with Mr. Devine as “frank and blunt” to discuss the death.

He said he had overcome some concerns raised by the families of those who died about “some discrepancies that did not sit well with them”.

The SDLP MLA said that he hoped that the outbreak would lead to an independent investigation and this lesson would be learned.

“This ward is patient immuno-compromised. You would have expected a ring of steel around the ward, but sadly it was not.

“We may never get an explanation for how the virus arrived in the ward, but hopefully the investigation will reveal it.”