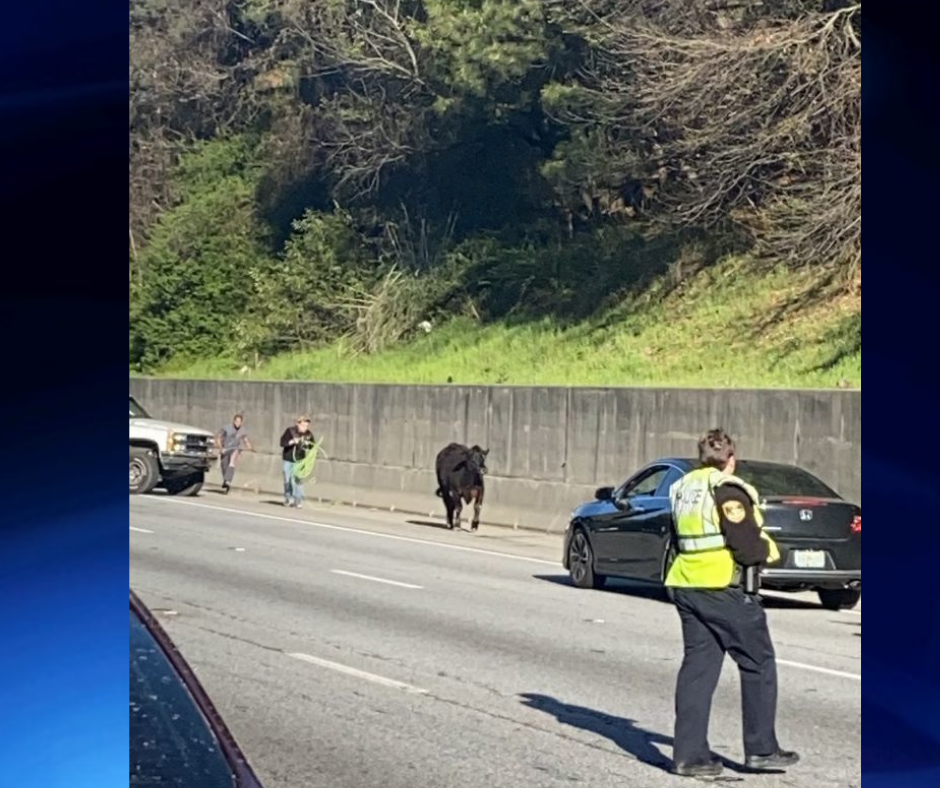 DUNWOODY, Ga. – No, this is not the first time that there is a “loose animal” on an interstate in the Atlanta metropolitan area. This time, it was Saturday morning on I-285 West, just before Ashford-Dunwoody Road.

If you were driving down that stretch of road around 9am, no, your eyes weren’t deceiving you. It really was a cow that you saw running against traffic for reasons that nobody is very clear about.

There were reports of an accident in the area and, at one point, three lanes of the highway were closed.

We’re still not sure if the cow pictured above was involved or the cause of the accident, but it looks like it’s running away from the scene of something. We’re pretty sure, although we can’t confirm that it wasn’t heading for the nearest Chick-fil-a.

It took several officers to finally round up the rogue cow, but after almost an hour, things began to return to normal. Right now, the road is open.

Dunwoody Police say the cow somehow fell out of a livestock trailer. Police say it took the help of a handful of officers and a citizen with a rope to finally capture the stray cattle.