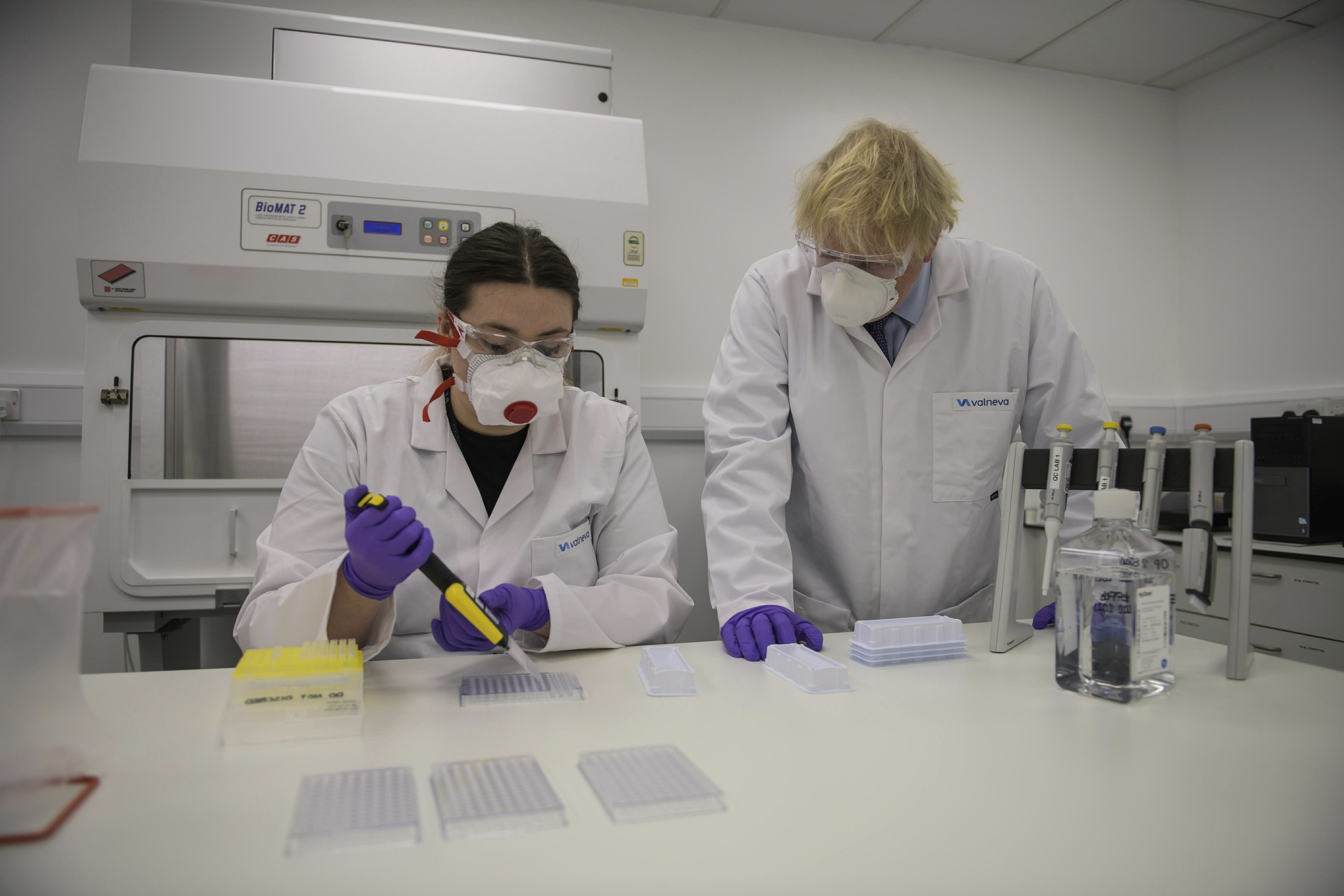 LONDON (AP) – Two UK studies released Monday showed that COVID-19 vaccination programs are contributing to a sharp drop in hospitalizations, raising hopes that vaccines will work as well in the real world as they have done so in carefully controlled studies.

Preliminary results from a study in Scotland found that the Pfizer-BioNTech vaccine reduced hospital admissions by up to 85% four weeks after the first dose, while the Oxford-AstraZeneca injection reduced admissions by up to 94%. In England, preliminary data from a study of healthcare workers showed that the Pfizer vaccine reduced the risk of contracting COVID-19 by 70% after one dose, a figure that rose to 85% after the second.

“This new evidence shows that the jab protects you and protects those around you,” said UK Health Secretary Matt Hancock. “It is important that we see as much evidence as possible about the impact of the vaccine on protection and transmission and we will continue to publish evidence as we collect it.”

The studies were released when British Prime Minister Boris Johnson laid out plans Monday to ease a shutdown that has closed nonessential pubs, schools and shops since early January. The launch of the vaccine is essential for the country to regain a certain sense of normalcy. More than 17.5 million have received a dose of vaccine so far, more than a third of the UK adult population.

Britain has had the deadliest coronavirus outbreak in Europe, with more than 120,000 deaths.

Public Health England said its study of healthcare workers suggests that the vaccine can help prevent transmission of the virus “as you cannot spread the virus if you do not have the infection.” The findings are based on COVID-19 tests conducted every two weeks that detect infections, regardless of whether someone is showing symptoms or not.

Larger tests in the general population showed that the Pfizer vaccine was 57% effective in preventing symptomatic disease in people older than 80 years three to four weeks after the first dose. That increased to more than 85% after the second dose. Overall, hospitalizations and death should be reduced by more than 75% after one dose of the vaccine, Public Health England said.

The agency said it is still monitoring the impact of the AstraZeneca vaccine, but “the first signs in the data suggest that it is providing good levels of protection from the first dose.”

UK regulators authorized the widespread use of the AstraZeneca vaccine on December 30, nearly a month after approving the Pfizer vaccine.

The preliminary findings were based on a comparison of people who had received a dose of vaccine and those who had not yet been inoculated. The data was collected between December 8 and February 15, a period in which 21% of Scotland’s population received their first vaccination.

“These results are very encouraging and have given us great reason to be optimistic for the future,” said Professor Aziz Sheikh, director of the Usher Institute at the University of Edinburgh. “We now have national evidence, across a country, that vaccination provides protection against COVID-19 hospitalizations.”

Outside experts said that while the findings in Scotland are encouraging, they should be interpreted with caution due to the nature of this type of observational study. In particular, relatively few people were hospitalized after receiving the vaccines during the study period.

Stephen Evans, professor of pharmacoepidemiology at the London School of Hygiene and Tropical Medicine, urged those making political decisions about the pandemic to be cautious.

“It will be important that the euphoria, especially from political sources who do not understand the uncertainty in numerical values, does not cause premature decisions to be made,” he said. “The cautious optimism is justified.”

Earlier this month, Israel reported encouraging results from people who received the Pfizer vaccine. Six weeks after vaccinations began for people over the age of 60, there was a 41% decrease in confirmed COVID-19 infections and a 31% decrease in hospitalizations, according to the country’s Health Ministry.