Covid-19 Vaccine Manufacturing in the US Moves Forward 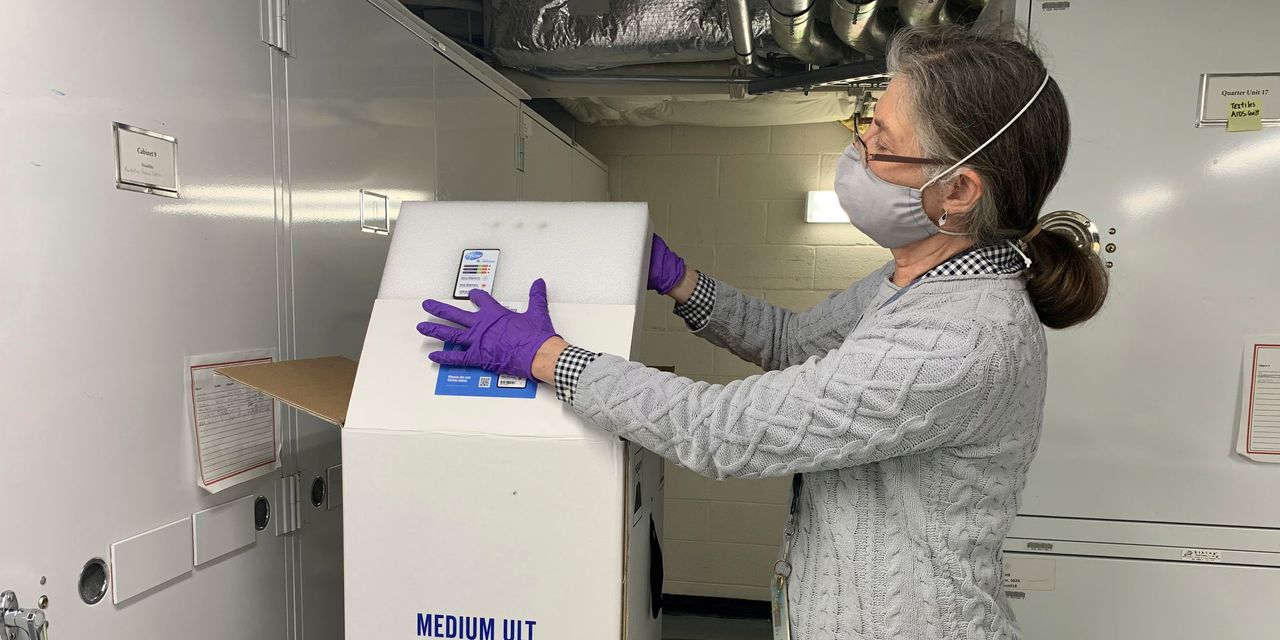 Covid-19 vaccine manufacturers are ramping up production, churning out far more doses a week than at the beginning of the year, progress that is accelerating mass vaccination campaigns in the US.

After a slow start, Pfizer Inc.,

They have increased production by gaining experience, expanding production lines, and taking other steps, such as making certain raw materials on their own.

Pfizer discovered how to take advantage of the scarce supplies of specialty filters needed for the vaccine production process by recycling them. Moderna shortened the time it took to inspect and package the newly manufactured vials of its vaccine.

The companies, along with Johnson & Johnson,

which recently released a Covid-19 vaccine, they are also partnering with other companies to further increase production.

Additionally, the US government has helped vaccine manufacturers access supplies under the Defense Production Act, suppliers and government officials say. The Biden administration said this month that it used the law to provide $ 105 million in funding to help Merck & Co. produce doses of J & J’s Covid-19 vaccine and speed up the materials used in its production.

J & J’s vaccine addition and improvements promise to increase supplies in the US as health authorities accelerate efforts to vaccinate enough people to lift restrictions and reopen schools, businesses and other establishments.

Monthly US production of the three licensed vaccines is expected to reach 132 million doses by March, nearly triple the 48 million in February, according to estimates by Evercore ISI analysts.

“We really should expect a very substantial increase in supply over the course of the next month” in the United States, said Eric Toner, a senior scholar at the Johns Hopkins Center for Health Security. The first bottlenecks in obtaining materials “have been solved”.

The global supply of Covid-19 vaccines is also increasing, although access to supplies and the pace of vaccines vary widely by country. Companies like AstraZeneca PLC and the Serum Institute of India expect to have produced billions of doses of Covid-19 vaccines by the end of this year.

Vaccines are crucial, health experts say, to protect people against severe cases of Covid-19 and overcome the pandemic and all its restrictions.

In December, the Pfizer-BioNTech and Moderna vaccines were approved in the US However, initial supplies were limited and the rollout began hesitantly. States restricted doses to certain groups, such as the elderly, healthcare workers and people with high-risk medical conditions.

Has been administered outside distributed

However, both the production and the administration of injections have recovered in recent weeks. Now, about 2.5 million people in the US are vaccinated daily on average, compared to 500,000 in early January, although many of those who want a vaccine still cannot get it.

The production increase should be enough to fully vaccinate 76 million people in the US in March, another 75 million in April and then 89 million more in May, according to estimates by analysts at Evercore ISI. The Pfizer-BioNTech and Moderna vaccines require two doses.

By midsummer, 75% of Americans 12 and older should get vaccinated, according to Morgan Stanley. Currently, the vaccines are not licensed for children under 16 years of age, but companies may have results this spring for studies of the injections in adolescents 12 years and older, which, if positive, could lead to vaccines for that age group . Companies are also beginning to test the vaccines in children under the age of 12, but the results of those studies are not expected until later this year.

Moderna, of Cambridge, Massachusetts, took about three months to produce the first 20 million doses of its vaccine last year, but is now making about 40 million a month for the United States, said Juan Andrés, technical director of operations and quality. In an interview.

He said the company would likely hit a production peak of $ 50 million a month in summer.

Moderna laid the foundation for its production capacity last year by adding floor space and new equipment to its plant in Norwood, Massachusetts, and another plant in Portsmouth, NH, operated by its contract manufacturing partner Lonza Ltd.

What is the status of the vaccine release in your community? Join the conversation below.

However, it was unable to produce at full capacity from the start, due to the need to introduce new equipment and processes in stages. Moderna was still training newly hired workers and faced problems such as equipment failures and delays in obtaining replacement parts, such as filters.

“It hasn’t been a single week since we started that we haven’t had any problems,” Andrés said. “When manufacturing drugs, it is absolutely impossible not to have problems at first. It takes time. “

Now the company has trained employees and figured out how to tackle challenges like getting raw material to its plants more quickly, he said. The company has also looked for ways to speed up the process, including shortening the time it takes to inspect and pack vials after a batch is finished.

It is planning to further accelerate production by increasing the number of doses in each vial from 10 to 15, something that needs regulatory approval from the US, Andres said.

“We are in the zone,” he said. “I like our opportunities to continue fulfilling.”

New York-based Pfizer has more than doubled its weekly U.S. production from Covid-19 vaccine doses to more than 13 million, from five million in early February, according to a Pfizer spokeswoman.

Pfizer increased production in part by realizing that it was going through supplies of certain circular filters used in the production process quickly and could not get more from its supplier as quickly as it needed to. Filters remove certain components from the vaccine during production.

The company began recycling the filters so it could reuse each one two to three times, said Chaz Calitri, Pfizer’s vice president of operations for sterile injectables for the United States and Europe.

The company also faced limitations in sourcing the tiny fat particles known as lipids that form the protective coating around the genetic material in the vaccine from outside vendors. So Pfizer began producing the material at its plants in Kalamazoo, Michigan, and Groton, Connecticut, and has completed three batches, Calitri said.

And the company added more high-speed vial filling lines to its Kalamazoo plant and will expand vial filling to another plant in McPherson, Kansas. The lines can fill up to 575 vials per minute, Calitri said.

“We are not finished in any way,” he said. “There is no doubt that we will exceed 13 million per week and will go up much more in the very near future.”

Johnson & Johnson’s initial supply, when the company’s vaccine was licensed late last month, was lower than federal officials expected, but analysts expect more stable production in weeks to add to the general supply of doses.

J&J is boosting production in-house and is working with other companies, including Merck, to expand further. A J&J spokesperson said the company was on track to deliver a total of 20 million doses for use in the United States by the end of March.