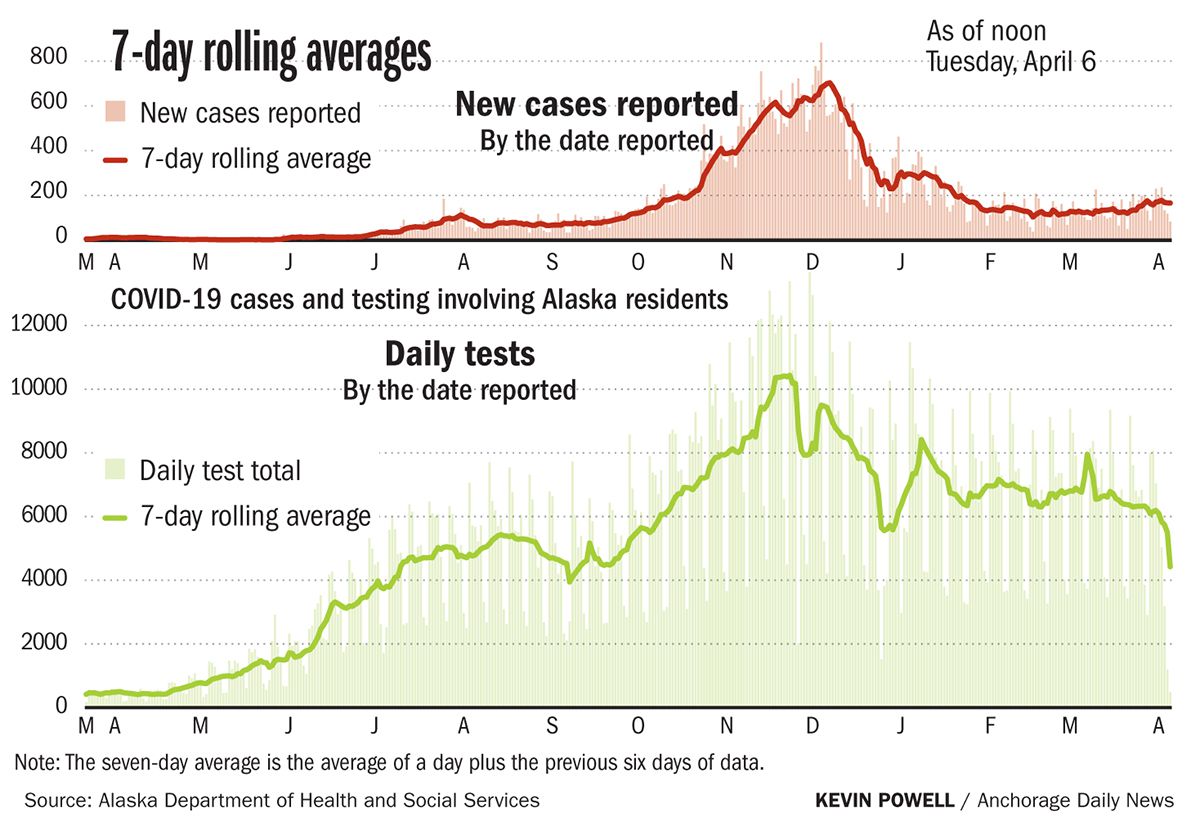 Although case counts and hospitalizations in Alaska remain below what they were during a peak in November and December, the state has seen a slight increase in its average daily rate of cases in recent weeks. Many regions of the state are still in the highest alert category based on their current per capita infection rate.

Alaska in March became the first state in the country to open vaccine eligibility to anyone 16 and older who lives or works in the state. You can visit covidvax.alaska.gov or call 907-646-3322 to sign up for a vaccination appointment; New appointments are added periodically. The hotline is staffed from 9 am to 6:30 pm Monday through Friday and from 9 am to 4:30 pm on weekends.

For Tuesday, 259,419 people – about 42% of Alaskans eligible for an injection – had received at least their first dose, according to the state’s vaccine control panel. At least 189,781 people, about 32% of Alaskans age 16 and older, were considered fully vaccinated.

As of Tuesday, there were 38 people with confirmed or suspected COVID-19 cases in hospitals across the state, well below the late 2020 peak, but a slight increase compared to recent weeks.

Of the 83 Cases reported in Alaska residents Tuesday, there were 24 in Anchorage plus two in Eagle River and one in Girdwood; four in Valdez; two in Kenai; one in Seward; one in Sterling; two in Fairbanks plus three in the North Pole; three in Big Lake; one in Houston; five at Palmer; 20 in Wasilla; one in Douglas; and one in Juneau.

Among the communities of fewer than 1,000 people not named to protect privacy, there was one in the Copper River Census Area; one in the Mat-Su district; and 10 in the Bethel census area.

Two cases were also reported in non-residents: one in Homer and one in Prudhoe Bay.