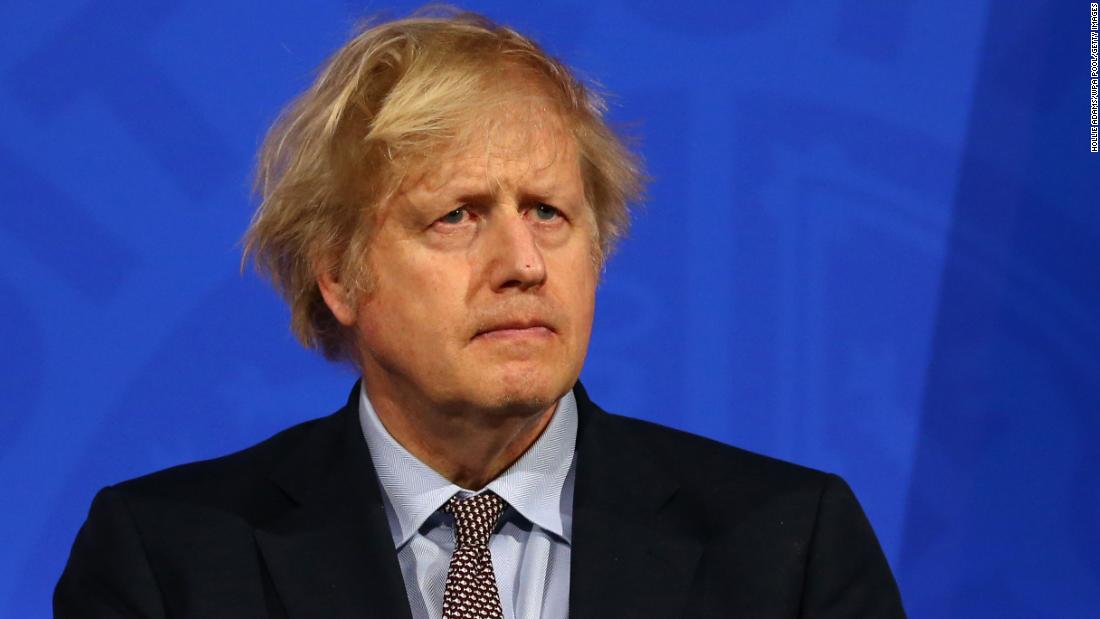 As the country reopens, ministers hope that the “covid status certification” system will allow those who are vaccinated, have had a negative or positive test within six months, to return to theaters, football matches, Cinemas and other events.

Several countries see some form of Covid-19 status verification as a viable way to streamline and make it easier for people to attend events or board flights, but critics worry that passports harm fundamental freedoms and risk discrimination. .
The UK pilot, to be discussed in detail on Monday by Prime Minister Boris Johnson, will test the effectiveness and transmission risks of the government’s reopening plan and will kick off on April 16 at Liverpool’s Hot Water Comedy Club. Other events and venues listed for April are the World Snooker Championship at the Crucible Theater in Sheffield, the FA Cup semi-final at Wembley Stadium in London, and the Luna Cinema in Liverpool.

“We have made great strides in recent months with our vaccine program and everyone in the country has made great sacrifices to bring us to this stage of our recovery from COVID-19,” Johnson said in a statement Saturday. “We are doing everything possible to allow the reopening of our country so that people can return to events, travel and other things that they love as safely as possible, and these reviews will play an important role in allowing this to happen.”

The National Health Service is developing digital and paper methods for citizens to test their Covid-19 status. The government stressed that passports will not be needed to travel on public transport or enter essential stores.
More than 70 MPs this week joined civil liberties groups like Big Brother Watch to launch a campaign against the proposed use of documents that allow people to access certain domestic places. High-ranking politicians such as former Labor Party leader Jeremy Corbyn and Liberal Democrat leader Ed Davey were signatories to a statement that said vaccine passports are “divisive and discriminatory.”

Davey described the passports as “illiberal and unworkable” in a tweet on Friday.

“Work is being done with clinical and ethical experts to ensure appropriate exemptions for people for whom vaccination is not recommended and it would be difficult to repeat testing,” the government said in Saturday’s statement.

A tourism minister said Sunday that certification was “one of the tools” the government is looking for to “help us get back to the things we love.”

“We are very aware and very aware of the ethical considerations surrounding vaccination certification,” Nigel Huddleston told CNN affiliate ITN. “The key purpose of considering this option is to see how it can allow us to open up, go back to the things we want to do before … Many companies tell me that opening is one thing, but what we really need. What we need to do is be able to open in a profitable and while social distancing exists, that creates real challenges for us to be able to open again as viable businesses. “

International travel from the UK is still prohibited until May 17, but after that date the government will implement a “traffic light” system. Travelers arriving from “green” countries will not have to isolate themselves, while those in “red” or “amber” will continue to be restricted to mandatory quarantine policies currently in force.

The American Civil Liberties Union said this week that plans to implement a standardized vaccine passport must take into account social inequalities and privacy rights and anything less is a “roadblock.” Several organizations and technology companies have already started developing applications for smartphones and other digital systems to store and verify vaccination information.
Florida Governor Ron DeSantis signed an executive order on Friday banning the use of Covid-19 passports in the state. The order prohibits any government entity from issuing vaccine passports and blocks companies from requiring such documentation.