Covid-19 Live Updates: Recently Reported Infections Fall in the US. 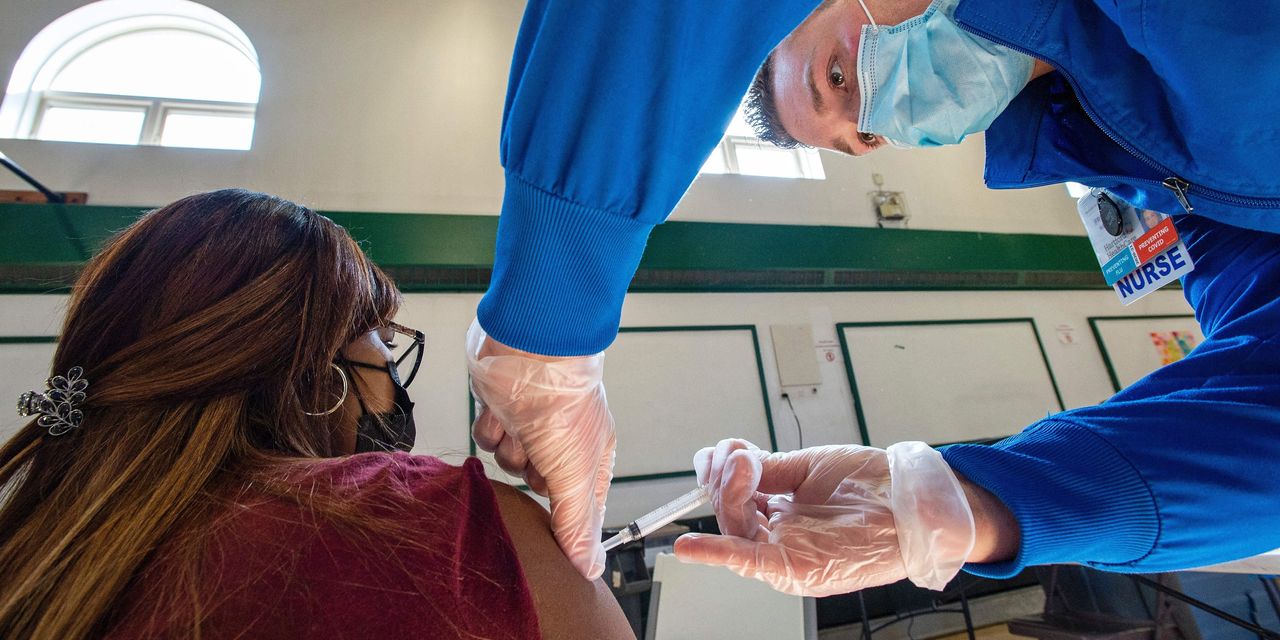 Recently reported Covid-19 cases in the US were down from the previous day, but deaths were up, as the average number of new cases per day in the nation tended to decline.

The country reported more than 54,000 new cases by Tuesday, according to data compiled by Johns Hopkins University and released Wednesday morning. That figure can be updated later in the morning. Tuesday’s figure dropped from 67,933 a day earlier and 77,878 a week earlier.

The seven-day average of new cases reported was 67,122 as of Monday, and the 14-day average was 67,940, according to a Wall Street Journal analysis of Johns Hopkins data.

767 Covid-19-related deaths were reported in the US by Tuesday, Johns Hopkins data shows, compared with 477 the day before, but compared with 824 the previous week. The seven-day average of deaths per day was 714 as of Monday, and the 14-day average was 840.

An average of three million doses of vaccines were administered each day over the past week, according to the Centers for Disease Control and Prevention. In total, 213.4 million doses have been administered, out of 272 million doses distributed. About a third of American adults have been fully vaccinated and more than half have received at least one dose, the CDC said.

North Dakota offers free Covid-19 vaccines to Canadian truckers traveling from the province of Manitoba beginning Wednesday, the first coordinated cross-border vaccination program between the US and its northern neighbor.

Canada is struggling to get its vaccination program in place, while the United States continues to expand access to its citizens.

Some effects of the pandemic have begun to reverse. Many students are beginning to rebound from the academic setbacks caused by the pandemic, according to a report released Tuesday on new testing data. But this year’s rising carbon emissions are on track to reverse a large part of last year’s sharp reduction.