COVID-19 can trigger diabetes in some people 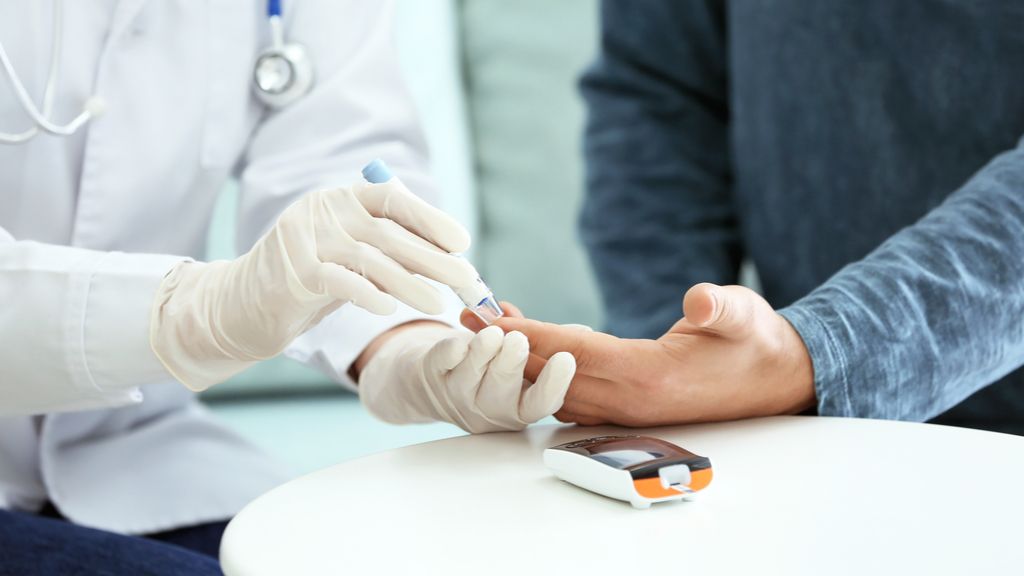 Emerging data hints that COVID-19 can trigger diabetes in some people, although the exact reason is unknown.

Scientists around the world noticed an increase in new diabetes cases last year and in particular saw that some COVID-19 patients with no history of diabetes were suddenly developing the condition, Scientific American reported. The trend prompted many research groups to launch studies on the phenomenon; For example, researchers from King’s College London in England and Monash University in Australia established the CoviDiab registration, a resource where doctors can submit reports on patients with a confirmed history of COVID-19 and newly diagnosed diabetes.

“In recent months, we have seen more cases of patients who had developed diabetes during or shortly after the COVID-19 experience,” said Dr. Francesco Rubino, professor and chair of metabolic and bariatric surgery at King’s College London. he told The Guardian. “Now we are beginning to think that the link is probably true: the virus has the ability to cause a malfunction of sugar metabolism. “

Other studies have found a link between COVID-19 and diabetes.

“We clearly see that people without prior diabetes develop diabetes,” said Dr. Remi Rabasa-Lhoret, a physician and metabolic disease researcher at the Montreal Clinical Research Institute, said CTV News. “It is very likely that COVID-19 is triggering the disease.”

The big question is why, and scientists have several theories.

It may be that SARS-CoV-2, the virus that causes COVID-19, directly attacks insulin-producing cells in the pancreas, Scientific American reported. Alternatively, the virus can damage these cells indirectly by infecting other parts of the pancreas or the blood vessels that supply oxygen and nutrients to the organ. Yet another theory suggests that the virus infects other organs involved with blood sugar regulation, such as the intestines, and somehow undermines the body’s ability to break down glucose, more generally.

Other types of viruses, such as certain enterovirus, which cause various conditions, including hand, foot and mouth disease, have been linked to diabetes in the past, The Guardian reported. In addition, a subset of patients who contracted the coronavirus SARS-CoV, which caused outbreaks of severe acute respiratory syndrome in the early 2000s, also later developed diabetes, Dr. Mihail Zilbermint, an endocrinologist and associate professor at the Johns Hopkins School of Medicine, told CTV News.

In general, acute viral infections can lead to severe inflammation in the body, and in response, the body produces stress-related hormones, such as cortisol, to control that inflammation. Stress hormones can cause blood sugar levels to rise, and that rise doesn’t always decrease after the infection clears, Scientific American reported.

Additionally, COVID-19 patients are often treated with steroid medications, such as dexamethasone, which can also increase blood sugar levels. Therefore, it is possible that these steroids also contribute to the onset of diabetes in COVID-19 patients, Zilbermint told CTV News. Steroid-induced diabetes can go away after the patient stops taking the medications, but sometimes the condition becomes chronic, depending on Diabetes.co.uk.

Yet another factor contributing to the uncertainty about the link is how many of the patients already had prediabetes, meaning they had higher-than-average blood sugar levels, when they contracted COVID-19. “It is possible that [a] The patient lives with prediabetes for many years and did not know that, “Zilbermint told CTV News.” They now have the COVID-19 infection and the infection is pushing them to develop diabetes. “

Scientists are not sure whether people who developed diabetes after contracting COVID-19 will have the condition permanently, Rabasa-Lhoret told CTV News. In at least some patients who developed diabetes after a SARS infection, their diabetic symptoms eventually decreased and their blood sugar returned to normal levels after infection, according to a 2010 report in the journal. Acta Diabetologica. Patients infected with SARS-CoV-2 may experience similar diabetic symptoms of short duration, but this will need to be confirmed by further studies.