COVID-19 can hide in the brains of mice, causing neurological issues 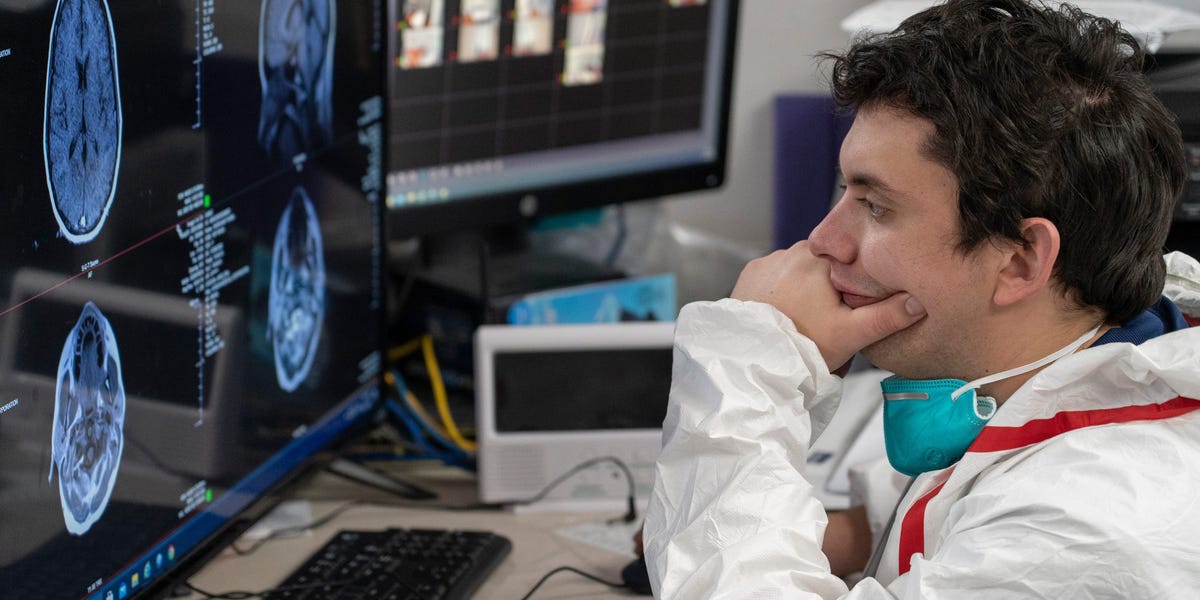 Darius Settle was sent home from the emergency room twice after contracting COVID-19 in June. For the first time, he was asked to return when his condition worsened. In her second visit, her blood-oxygen level was normal, which again discharged her. In July, the youngest person killed by coronovirus died at that time in Nashville, Tennessee.

The conditions in which patients feel better, are discharged, then their condition worsens have become common during epidemics. New research suggests that it may be related to brain infections.

Mukesh Kumar, a virologist at Georgia State University, said, “People feel that there is a very good recovery, the lung function is fine and we send them home so that after three days the patient becomes so severe that he dies.” . “That can usually only happen when the brain is involved.”

Kumar has recently published a study in the journal that examines how the virus affects the brains of COVID-19 mice.

Their results showed that after three days the mice were infected with the coronavirus, they displayed high levels of the virus in their lungs. By day five and six, his lungs had begun to clear up – but his brain contained about 1,000 times more virus than the peak levels found in the lungs. This coincides with the arrival of severe symptoms such as difficulty breathing, disorientation and weakness.

The virus also triggered an inflammatory response in the brain, marked by the release of chemical signals called cytokines. Under normal circumstances, cytokines tell the immune system to fight infection – but many cytokines can direct the body to attack its cells, causing dangerous levels of inflammation. The study showed about 10 to 50 times more cytokines in the brains of mice than in the lungs.

In some mice, the reaction led to immediate death. But in mice with mild cases, the virus is secreted into the brain indefinitely.

Although the results of studies in mice are not always true for humans, Kumar suspects that the brain is a major target for coronaviruses.

“Our brain does not have a good immune response like our lungs or our heart, so whenever the virus goes into the brain, it can replicate very well,” Kumar said. “It can stay there for a long time.”

Viral replication in the brain may also explain why some coronovirus patients have persistent neurological issues, such as dizziness or brain fog, until they tested negative for COVID-19. In some cases, Kumar said, there is a risk that these neurological problems can lead to chronic diseases such as autoimmune disorders, Parkinson’s or multiple sclerosis.

“Depending on your immune response or antibody levels, it may cause low levels of inflammation, or you may suffer from other disease, or may be reactivated later.” “All these are still outstanding questions because we are still only one year into the epidemic.”

Nasal infection can travel to the brain

COVID-19 is often described as a respiratory disease, as the coronovirus first attacks the lungs. But some researchers suspect it may be a vascular disease, noting that some patients develop blood clots, leaky capillaries, and inflamed blood vessels, which can lead to heart damage or stroke.

But Kumar’s study did not detect any virus in the blood of infected mice.

Instead, his research showed that the virus entered the brain through the nasal passages, before attacking the central nervous system. A part of that nervous system controls our sense of smell, which may explain why many coronovirus patients have trouble smelling. Kumar said that it is possible that the virus may reach the brain after entering the mouth, but the nose is a more direct route.

In mice, coronaviruses had trouble replicating in organs such as the heart, liver, or kidneys. But an infection in the brain can eventually damage such organs, Kumar said.

“It also does not need to go to every organ, because if it can go into the brain, there are many parts of the brain that control all other organs,” he said. “It is also possible that you do not need a virus in the lungs due to lung failure.”

Neurological problems can be ‘lifelong’

Neurological issues are more common in coronovirus patients than in scientists originally.

An October study found that 82% of coronovirus patients admitted to Chicago’s hospital network in March and April 2020 had neurological symptoms. In severe conditions such as brain damage, stroke, and seizures, the issues ranged from relatively minor – headache, dizziness, and loss of smell.

In some cases, these symptoms may wander for at least several months.

A recent study by University of Oxford researchers, who are still awaiting peer review, found that 13% of people who received COVID-19 received a psychiatric test within six months of testing positive for the virus. Or neurological disease was detected. Some patients also showed symptoms of Parkinson’s disease or Guillain-Barré syndrome, a rare autoimmune disorder, but those results were not statistically significant.

Kumar said it is quite easy to tell if a patient has a serious neurological condition, as the problem will be seen on an MRI or CT scan. But mild neurological problems are often difficult to pinpoint.

“Unfortunately, based on other studies, it can be lifelong,” Kumar said. “We know patients who are still showing symptoms who were infected a year ago.”

The research he did on mouse brains is difficult to replicate in humans.

“The patient actually has to die to find out if the virus is hidden in the brain,” he said.