COVID-19 arises in Arizona, Nevada and Los Angeles; Is the bay area as follows? 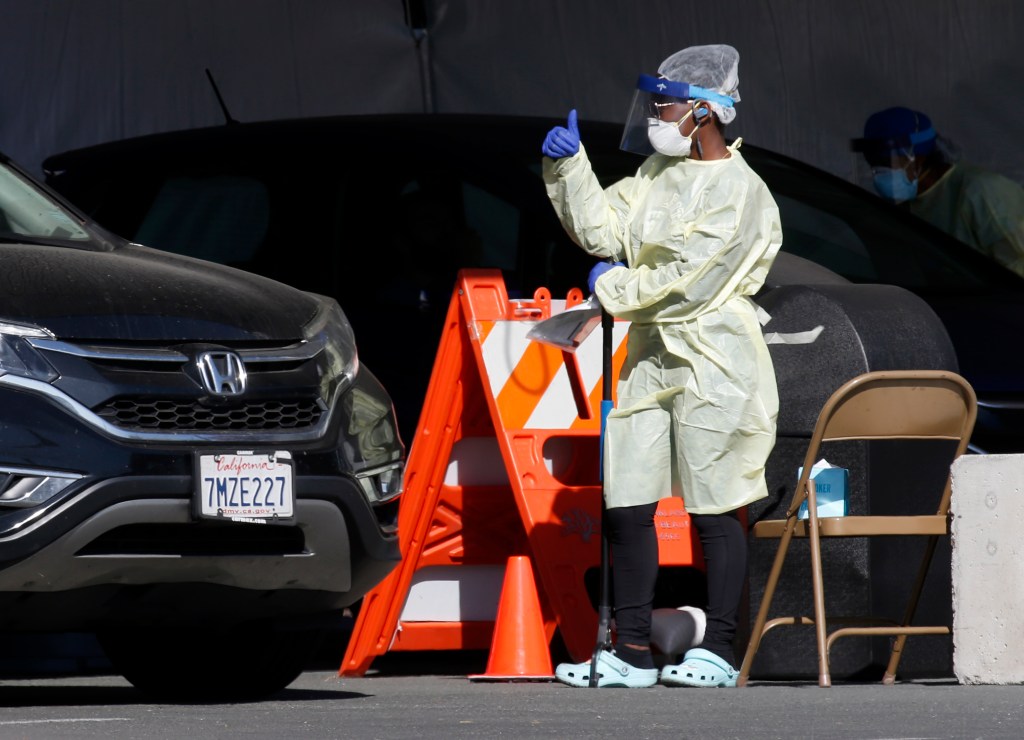 Coronavirus outbreaks are emerging in Arizona, Nevada, and much of southern and central California. So could the Bay Area be next?

A prudent pace of reopening has kept the region in a relative COVID-19 bubble of calm as hospitals from Phoenix to Los Angeles quickly filled up. But there is no guarantee that the Bay Area bubble will not burst, with troubling signs of increasing cases of hospitalizations increasing faster than in other parts of the state.

“I think we have to worry all the time,” said University of California-San Francisco epidemiologist Dr. George Rutherford, noting a recent surge in cases in the city over the weekend. “This is clearly problematic.”

After weeks of defending a steady pace of reopening amid increasing cases, Governor Gavin Newsom is cracking down again, urging Imperial County, with the state’s worst outbreak, to reimpose the order to stay home, forcing bars there and in six other counties to close and recommended closing in half a dozen more.

Newsom could threaten more closings if things get worse elsewhere.

How does the Bay Area compare to neighboring states and hot spots in California? This week, the Bay Area registered one of the highest cases in the region since the outbreak began and its COVID-19 hospitalizations exceeded the state rate.

Looking at the measures the state uses to monitor COVID-19 by county (disease transmission, hospitalization rate, and capacity), there are signs of disruptive metrics among Bay Area counties. Santa Clara and Contra Costa counties were among the dozen with hospitalization increase rates that grew more than 10%. The rate in Contra Costa County was 13% and that of Santa Clara was 24.1%.

Santa Clara County’s hospitalization rate was lower than just 42% in Sacramento and 27.5% in San Joaquin. The state said Santa Clara hospitals are suffering from some cases in neighboring counties, while Sacramento has seen several outbreaks associated with family reunions.

Although hospitalizations in the Bay Area have grown 45% in one week, in part due to transfers from other areas, the total number is less than in Southern California counties, including Los Angeles, Orange, San Bernardino, San Diego and Riverside.

But Santa Clara, Contra Costa and Solano counties are among the 19 counties the state has been closely monitoring. State officials attribute the problems in those counties to different factors. Imperial County has had a mix of US citizen residents crossing the border into Mexicali for work, medical care or other services, a shortage of hospital staff, and an outbreak at a meatpacking plant. Newsom said Tuesday that another four are likely to be added to the watch list.

In Contra Costa County, state officials report an increasing number of “community transmission” cases unrelated to isolated outbreak groups, such as in a business or nursing home. In Santa Clara County, they note a number of cases arriving from neighboring counties (Stanford Hospital is near the San Mateo County border) and that the total number of hospitalizations remains low.

How does California compare to other states?

Most epidemiologists monitor the rate of positive tests, arguing that with the most widely available tests now, it is a reasonable reflection of where outbreaks are growing. He is also a figure Newsom pays close attention to.

“When you evaluate more than 100,000 people in a 24 hour period, you will see more people with positive results,” Newsom said. But he also noted that the rate of positive tests, which had been stable below 5% for weeks, has increased since then.

Among the Bay Area counties, the rate is 2.1% in San Francisco, 2.3% in Santa Clara, 4.7% in San Mateo, 5.3% in Marín and 5.9% in Contra Costa. Alameda County figures are not available because they do not publicly report the data.

Bob Wachter, chairman of the UCSF department of medicine, noted on Twitter that hospitalized patients doubled in two weeks, much of which was transfers from patients from other areas who ran out of space in bed, but added that it shows that the Bay Area is not an island.

“Forgive the metaphor, but if someone sneezes in Los Angeles, we’ll finally catch a cold in SF,” Wachter tweeted.

18 / SF does not arise, but warning signs. @UCSFHospitals 16 pts, 5 in vents; ~ double 2 weeks ago. In SF, cases and hospitalizations increase; Most of the bump in hospital patients is transfers from other places. Forgive the metaphor, but if someone sneezes in Los Angeles, we’ll finally catch a cold in SF. pic.twitter.com/KUH1wf1kqK

He also dispelled the notion that California, which imposed the country’s first state order of residence in March to curb the spread of the disease and has taken a methodical approach to reopening since then, is doing better than its neighbors as a result.

Let’s talk about California. Until recently, our state managed to do so well that our experience has been called The California Miracle. But let’s say it clearly: the miracle is over. The sooner we recognize it, the better we will be.

“Until recently, our state managed to do so well that our experience has been dubbed The California Miracle,” Wachter wrote. But let’s say it clearly: the miracle is over. The sooner we recognize it, the better we will be. ”

While “an increase in cases was expected” with the reopening, Wachter added, “few (including me) expected it to be so fast and widespread.”

“Even in a state with mandatory masking and a sound reopening plan, things went wrong,” Wachter wrote. “Covid wins again: proving that good leadership is crucial, but not enough.”