Coupang is the Amazon.com of South Korea, but maybe even better. 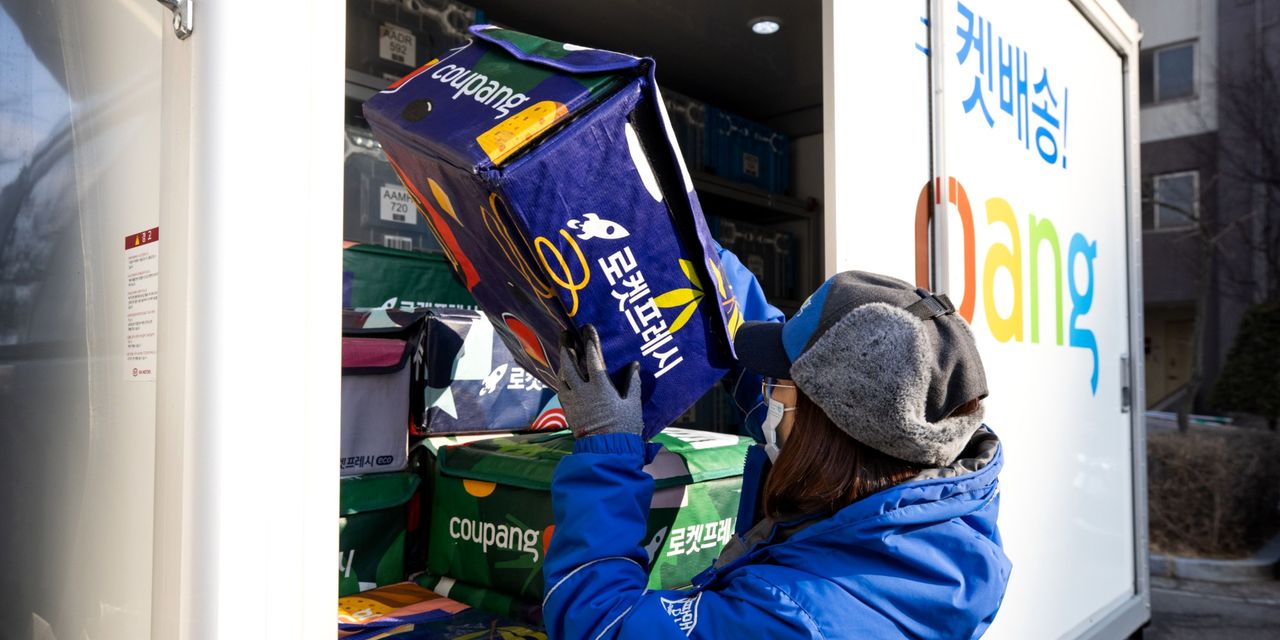 
The more I learn about

the more I want to move to Seoul.

Founded in 2010 by Bom Kim, who dropped out of Harvard Business School, Coupang has become a huge force in the South Korean economy. The company accounts for 4% of the country’s consumer trade, with a wide range of online retail services: Think

Coupang may be like Amazon, but it has significant geographic advantages. South Korea is a highly populated, super dense, and tech-savvy country of over 50 million people. Eric Kim, who sat on Coupang’s board from 2011 to 2017 while he was managing director of Maverick Capital, an investor in the company, notes that South Korea has roughly the same land mass as Indiana, but nearly 10 times the population. . Eliminate uninhabitable mountainous regions, he adds, and all those people are crowded into an area the size of Rhode Island.

That high density helps Coupang be highly responsive. The company has 25 million square feet of storage space, distributed in 100 locations in more than 30 cities. Coupang says that 70% of Koreans live within seven miles of one of its distribution centers. Almost everything can be ordered the same day, and “sunrise delivery” ensures that products ordered before midnight are delivered by 7 a.m. M.

Coupang has also eliminated the need for cardboard boxes and bubble wrap for 75% of deliveries. (Let’s see how you do it, Amazon). Coupang Fresh, the company’s market-leading online grocery service, ships products in reusable containers; Leave them by the door and one of Coupang’s 15,000 delivery staff takes them away for reuse. Returned goods? Leave them outside your door, no special packaging or printed labels required.

While not profitable yet, the company is closing in. Coupang’s profit margin, measured by adjusted earnings before interest, taxes, depreciation and amortization, was minus 2.1% last year, versus minus 8.8% the previous year. And that reflects some unusual costs to protect workers from the pandemic.

(EBAY) has comparable income and less than half the market capitalization. And the shares trade at a slight premium to Alibaba (BABA) based on sales for the past 12 months. But Coupang has a few distinct advantages. Alibaba faces fierce competition from companies like Pinduoduo and

Alibaba’s growth rate is less than half that of Coupang. And Coupang doesn’t have the Chinese Communist Party looking over his shoulder.

(SFTBY): The Japanese holding is the largest investor in both companies.

SoftBank invested $ 700 million in Coupang in 2015. In 2018, SoftBank Vision Fund, the company’s $ 100 billion portfolio of companies founded in 2016, invested another $ 2 billion in a deal led by Lydia Jett, an executive at Vision Fund which is now on Coupang’s board of directors. . The original investment was transferred to the Vision Fund, for a total stake of $ 2.7 billion. That stake is now worth $ 30 billion. It’s a huge win, and possibly the biggest departure from a venture-led deal.

SoftBank did not sell any shares in the offering, and Jett says in an interview with Barron that the company intends to be a long-term investor, as it has been with Alibaba. More than 20 years after its initial investment, SoftBank’s remains Alibaba’s largest holder.

“We are prepared to keep Coupang long-term,” says Jett. “There is a lot of room left in what is a $ 500 billion retail market.”

It seems strange that South Korea, one of the most technologically advanced nations in the world, has played such a small role in the American stock market. Coupang was the first Korean tech company to go public here in more than a decade. Jay Ritter, a professor at the University of Florida business school who studies the IPO market, says that only six Korean tech companies have gone public in the US market, all from 1999 to 2006. That list includes Gmarket, an e-commerce company that went public. in 2006 and was acquired by eBay for $ 1.2 billion in 2009. EBay has announced that it is seeking a buyer for its Korean business. None of the best known Korean manufacturing and technology companies: Samsung,

“It has US listings.”

Jett believes that the Coupang deal will be a turning point for the Korean venture capital market. She says there has been a misconception that Korean tech companies weren’t innovative enough. “That door has now been blown off,” she says. “This will transform the way Korean companies are financed. This is just the beginning.”