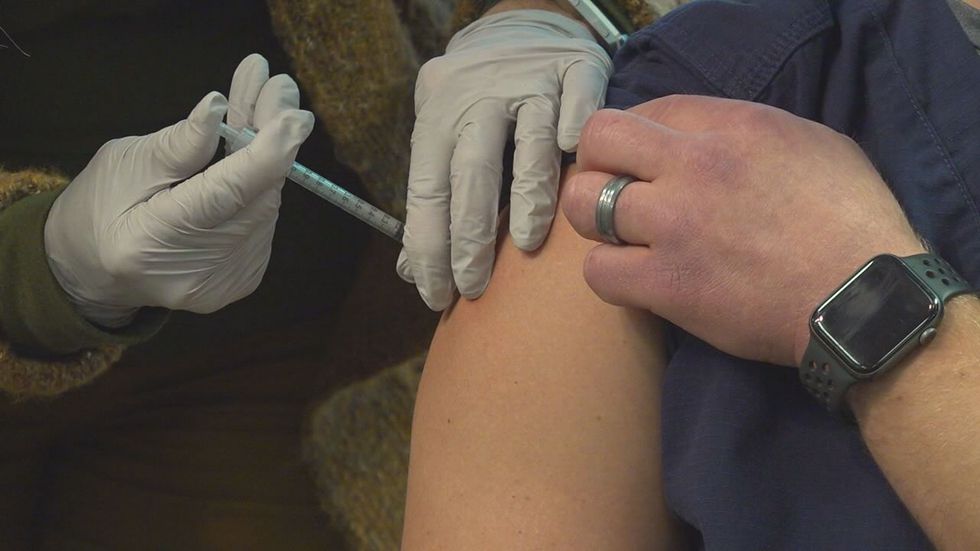 CEDAR RAPIDS, Iowa (KCRG) – During a weekly webinar on Friday, several county officials shared their frustration with the Iowa Department of Public Health for receiving little or no warning about changes announced Thursday, opening up eligibility for the vaccinate people. Age 64 or younger with a medical condition that the CDC identified as possibly causing serious illness from COVID-19.

An email received by the KCRG-TV9 Research Unit i9 shows that the Iowa Department of Public Health only alerted county health departments that it was expanding the eligibility criteria for COVID-19 vaccines 8 minutes before the announcement was made.

During the webinar, the state health department said it expects the recently announced change to add about 1 million people who are eligible to receive a vaccine. The department will not prioritize people with certain illnesses, although individual counties may do so. The state also plans to trust people to truthfully attest to their medical condition or smoking history. It will also vaccinate this new group and, at the same time, it will vaccinate the levels established in January.

The department said it made the decision after nearly 12 counties said they had completed vaccinating their population of people 65 and older.

Kelly Garcia, who is the acting director of the Iowa Department of Public Health, said the move was taken to ensure open appointments were covered.

“I know that not all counties are going to be in the same space and the movement to open things up really revolves around the idea that a not insignificant number of partner pharmacies and local public health agencies had open appointments,” he said. “And it has been our goal, our collective goal from the beginning, to fill as many appointments as possible and to get shot at the guns as quickly as possible.”

The new guidelines will go into effect on Monday, March 8. Each county has the flexibility to start vaccinations for people under 65 with a medical condition.

The department also indicated that they were looking for state-run vaccination clinics and did not expect changes to be made in the governor’s upcoming emergency proclamation.

He also said the Infectious Diseases Advisory Council, which advises Iowa on which populations to vaccinate, has no plans to meet again in the future.

“I would respectfully request that the Iowa government consider contacting state and local public health departments when the phases are going to change (before the change),” he said on the call’s chat feature. “So that we can better prepare our communications, call centers, employees and provide a quick response to the community.”

Many others on the call agreed with this sentiment, including Becky Wolf. Wolf is Greene County’s chief health officer.

“Giving a 10 minute notice before publishing it to the press creates BIG problems locally, especially on Friday! We deserve better. We appreciate all that you do for us in these impossible times. “

Tim Richmond, who is the Wapello County Emergency Management Coordinator in Wapello County, said this has been a repeat complaint from local health agencies.

“Locals must be given advance notice of major changes so we can manage local messaging,” he said. Not doing it pits the locals against the statistical partners unnecessarily. I don’t think this is done on purpose, but it has been a recurring complaint throughout this pandemic. “

Ken Sharp, who is the chairman of the Infectious Diseases Advisory Council. acknowledged that local public health departments have received little warning about the changes.

“We listen to you and have listened to you all the time,” he said. “And we recognize that everything is very compressed and continues to be so. We are doing our best to try to give as much notice as possible. And we recognize that we just haven’t been able to get to a place where the multi-day notice is just not something we have been able to do. “

After Sharp responded, two different public health officials said they only wanted a warning of more than ten minutes.

During the transition from Phase 1A to 1B, IDPH required everyone in one phase throughout the state of Iowa to receive a vaccine before any county could begin vaccinating people in the next group. This is no longer the case and several county health departments asked the state about redistributing vaccine doses to counties that have not finished vaccinating people 65 and older.

Ken Sharp said that about 12 counties said they had completed vaccinating people 65 and older. Dana Cockrell, who is the assistant administrator for the Monroe County Health Department, asked why those counties cannot have their doses on hold.

“If the minority of counties have met their needs, can’t their shipments be put on hold?” He asked in the chat. “We were just beginning to plan allocation to qualifying agricultural sectors and now the number of people eligible for the vaccine has grown exponentially. Give us your shots so we can vaccinate those who qualify. Don’t saturate the field any more. “

Cockrell said the state is putting the local health department in a position to fail.

“You are crushing our chances of moving forward and succeeding,” he wrote in the chat. “We went from building successful plans to behind the 8 ball once again.”

Sharp said it will not wait for every county in the state to complete a phase before expanding eligibility.

“We are trying to find a balance between various counties that have been able to go through their waiting list,” he said. “And these are not just tiny, tiny counties, this is a wide range of counties, including some that we would consider large counties by Iowa standards. So we are trying to do everything we can to find that balance to allow counties continue to progress through their populations.

Sharp also said it is trying to keep promises made in the past that it would not reduce the allocation so that counties could plan appointments properly. Sharp said it was a criticism IDPH received from the county’s public health when it reassigned doses to other counties to catch up while moving from Phase 1A to 1B.

Charity Loecke, who is the Delaware County Public Health coordinator, said the state should increase its allocation if eligibility is to increase.

“I ask that if you extend eligibility, then our vaccine allocation must increase !!” he wrote in the chat. “We believe it is necessary to reassign the vaccine to other counties.”

Sharp responded that it is analyzing allocation strategies and is working to increase allocations to counties, but it will take time due to the slow launch of the vaccine.

Other people on the call also told the state that it needed more doses of the vaccine and that it had the ability to handle more doses.

Kelly Garcia, who is the acting director of the Iowa Department of Public Health, said in the call that the state is considering hosting mass vaccination clinics as supply increases.

Helen Eddy, who is the Director of the Polk County Health Department, asked if the state was considering state-run mass vaccination clinics specifically on the Test Iowa site.

Garcia answered yes and is also looking to partner with the counties.

“We are thinking of taking in some of the Americans,” he said. “We would love to partner with counties or groups of counties that would like to keep one together.”

Two different counties wanted the IDPH to divide those newly eligible for a vaccine into smaller age groups.

Sam Jarvis, who is a division manager for the Johnson County Department of Public Health, requested that ten-year age bands be established for additional expansion ineligibility.