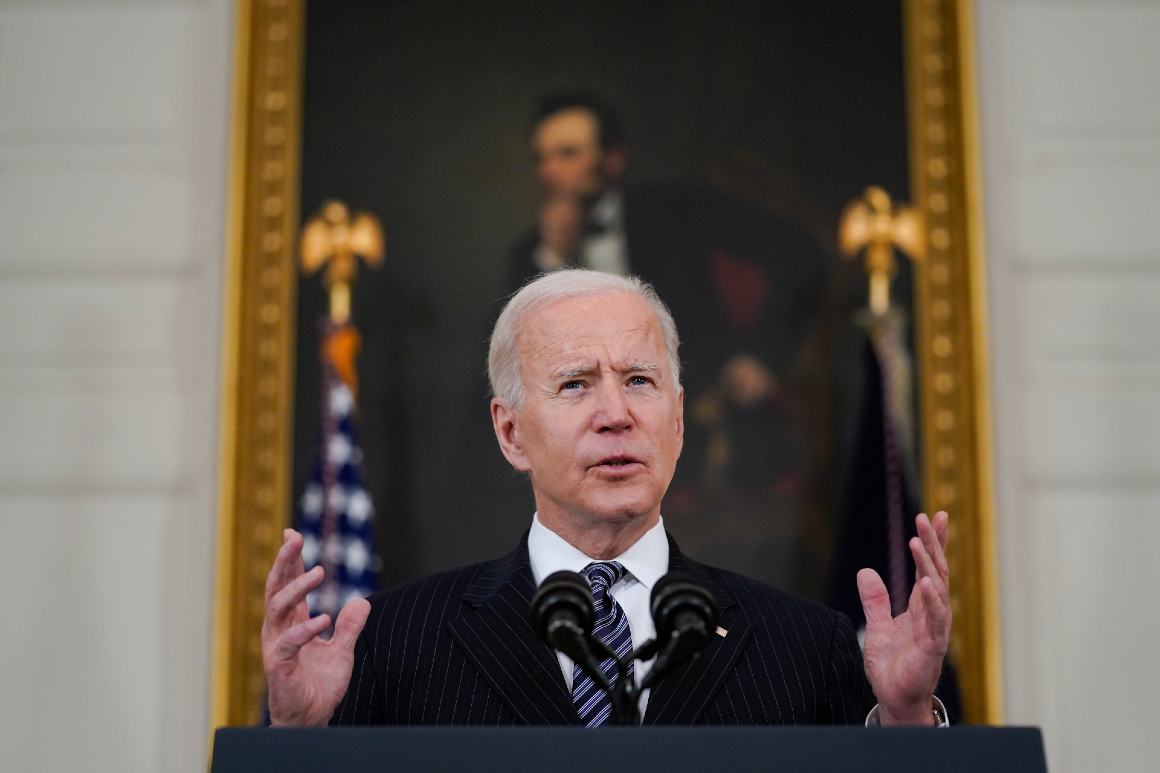 Senior company executives who have made speeches about the need to spend on infrastructure in the past are mostly silent, choosing to privately complain that Biden’s plan is too expensive, too partisan, too loaded with unrelated social policies. and nothing they had in mind. . Jeff Bezos, chief executive of online retail giant Amazon, issued a statement Tuesday that at first glance seemed like an endorsement of Biden’s plan.

Bezos, like other CEOs, nodded toward accepting a higher corporate tax rate, although he actually put his name behind it. But he fell short of explicitly endorsing Biden’s infrastructure proposal, calling instead for a “balanced solution” to boost America’s competitiveness. Beneath the surface, the corporate world generally despises Biden’s plan in its current form and is obsessed with its defeat.

“This plan would make America less competitive, which would mean less US economic growth and less job creation,” said Neil Bradley, director of policy for the Chamber of Commerce. “The infrastructure benefits would be offset by punitive tax increases. And if they move forward with just Democratic votes, the concept of doing anything on a bipartisan basis would end and only reinforce the kind of stalemate that has impeded progress on all other issues. “

Executives at some of America’s largest companies complain much more bitterly privately about the White House’s approach, arguing that raising the top corporate rate to 28 percent from 21 percent, without restoring the eliminated deductions in then-President Donald Trump’s 2017 tax cuts bill would hurt hiring and the economy.

And they say that instituting a global minimum tax that other countries may not adopt would take more jobs and profits out of the U.S. They also complain about the lack of sufficient outreach to the business community before the infrastructure plan was implemented and are concerned. That Biden is abandoning his campaign promises to work on a bipartisan basis on such radical legislation.

Executives often say they could live with a corporate tax rate of around 25 percent, which groups like the Business Roundtable previously supported, but only with the deductions restored and without much of the international reform.

“I did not think that 21 percent was the correct number when we did the tax reform. And the 25 percent is a place where you could probably get a lot of consensus, ”said the CEO of one of the world’s largest financial firms on the condition that he is not identified. “It’s not the rate, it’s all the other things that would make us less competitive around the world. And the jobs will disappear if we do these things. “

The CEO added that the business community will generally not back any bill that is pushed only with Democratic support through the budget reconciliation process, a maneuver that allows the legislation to pass the Senate with a simple majority, which the White House used. to approve your $ 1.9. trillion stimulus bill.

“It really matters if this is totally partisan. It sounds cliché, but business people really want to sit in the middle and endorse things that have the support of both parties, ”said the CEO. “Biden made a lot of promises to do these things differently. But while it has a brighter appearance, many of them seem as if Trump did everything his way. “

A leading executive at a Fortune 100 technology company said it’s easy for Amazon and other companies to agree to their willingness to pay a higher overall corporate rate. But the executive said the business world would fight much of the rest of the proposal.

“None of these guys can realistically and seriously oppose a 25 percent rate,” the executive said. “That’s not where the fight is. Absolutely.”

Both executives say that outside of a couple of hastily arranged conference calls shortly before Biden presented his “American Job Plan,” there has not been much outreach to the business community, a complaint that haunted former President Barack Obama during his two terms.

On the pledge, administration officials say White House advisers Cedric Richmond, who heads the Office of Public Engagement, and Brian Deese, the director of the National Economic Council, met with the heads of Bank of America, State Street, Wells Fargo and Goldman Sachs on infrastructure. plan in a session hosted by the Financial Services Forum.

They also say Richmond and Deese briefed 25 executive members of the Business Roundtable. And other officials spoke with trade groups such as the National Manufacturers Association and the Aerospace Industries Association along with executives from major Internet broadband companies and agricultural representatives.

More broadly, White House officials say that while Biden is committed to covering much of the cost of the $ 2.5 trillion plan, he acknowledges that a conversation about exactly how to do it is just beginning.

The White House still hopes to eventually work out a bipartisan agreement, even if all signs at this point suggest that Biden is willing to sign a bill with only Democratic support.

“We want to work down the hall with briefings and discussions with Republican legislators,” said NEC Deputy Director David Kamin. “In regards to corporate tax reform, the president presented this and this is his idea of ​​how it could be paid for, but he’s really open to hearing other ideas.”

Kamin added that “if others have ideas that they want to present, then those should be part of the discussion.”

Treasury Secretary Janet Yellen on Monday pressed developed countries to adopt a global minimum tax as a way to reduce potential anti-competitive downsides that could arise from Biden’s proposal.

But business groups say discussions about a global minimum tax have been going on for years and there is no guarantee that an agreement will be reached soon. “It sure would be great if we had a system where all advanced countries work in harmony,” said a tax expert who works with companies that oppose Biden’s plan in its current form. “But we’ve been talking about this for years and fiscal competitiveness and the right to set your own rates has always been a big national sovereignty issue for other governments.”

The White House, in turn, says its plan encourages but is not based on an international tax deal. “We addressed that with a reform that if you are a foreign company based in a country that does not adopt a minimum tax, then you would face denial of deductions,” Kamin said. “That means we are actually leveling the playing field.”