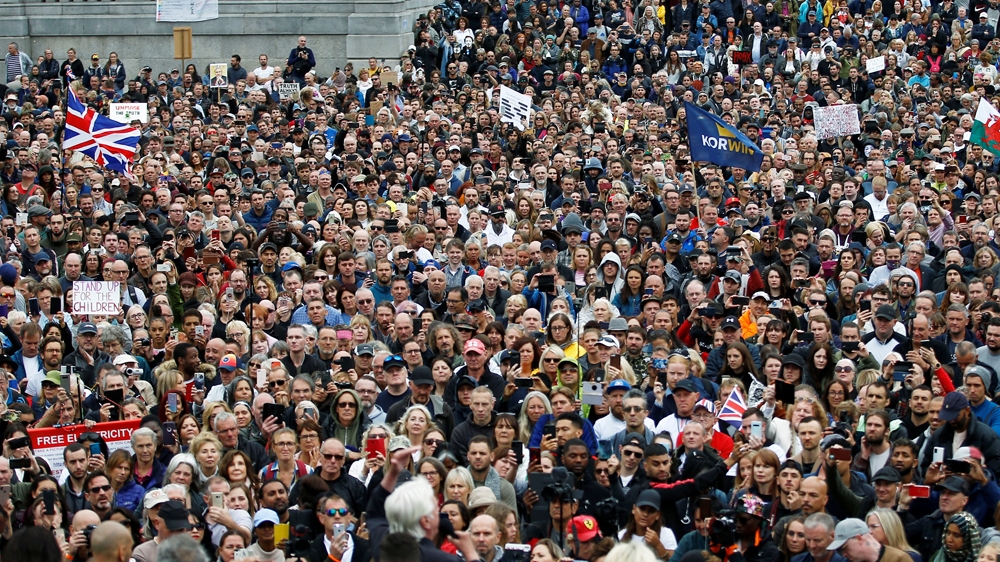 British Prime Minister Boris Johnson said it was inevitable that the country would see a second wave of coronavirus infections and that while he did not want a second national lockdown, the government may need to impose new sanctions.

The United Kingdom was informed to consider whether to implement a new lockdown across the country, nearly doubling to 6,000 a day after new COVID-19 cases, hospital admissions rose and infection rates in northern England And increased in parts of London.

The sharp increase in the number of cases in the country means that the government needs to keep everything under review and it does not dismiss the measures being introduced further.

“I don’t want to get into a second national lockdown,” he said. “When you see what’s going on, you wonder if we need to go further.”

According to data compiled by Johns Hopkins University, the United Kingdom has reported more than 384,000 cases of coronovirus with 41,794 deaths.

Johnson’s comments came amid growing speculation that the government would announce new restrictions on the hospitality sector, such as pubs and restaurants, possibly including curfews – some already in areas facing additional lockdown restrictions.

Special Secretary Matt Hancock said the country would have to come together in the coming weeks to reach the top of the spike in the country.

He said that new broadcasts are taking place in large-scale social settings and already the number of people hospitalized with the virus has doubled every seven to eight days.

Critics say the government has lost control over the virus, partly as a result of tests being reported up and down the UK and therefore new measures are being introduced.

Already this week, a ban on social gatherings of more than six people, including children, has come into force for England.

And in a sign that the virus is meant to live through the winter, London Mayor Sadiq Khan canceled the upcoming annual New Year’s Eve performance.

Another San Francisco Walgrain is closing