Coronavirus is unlikely to have leaked from China’s lab 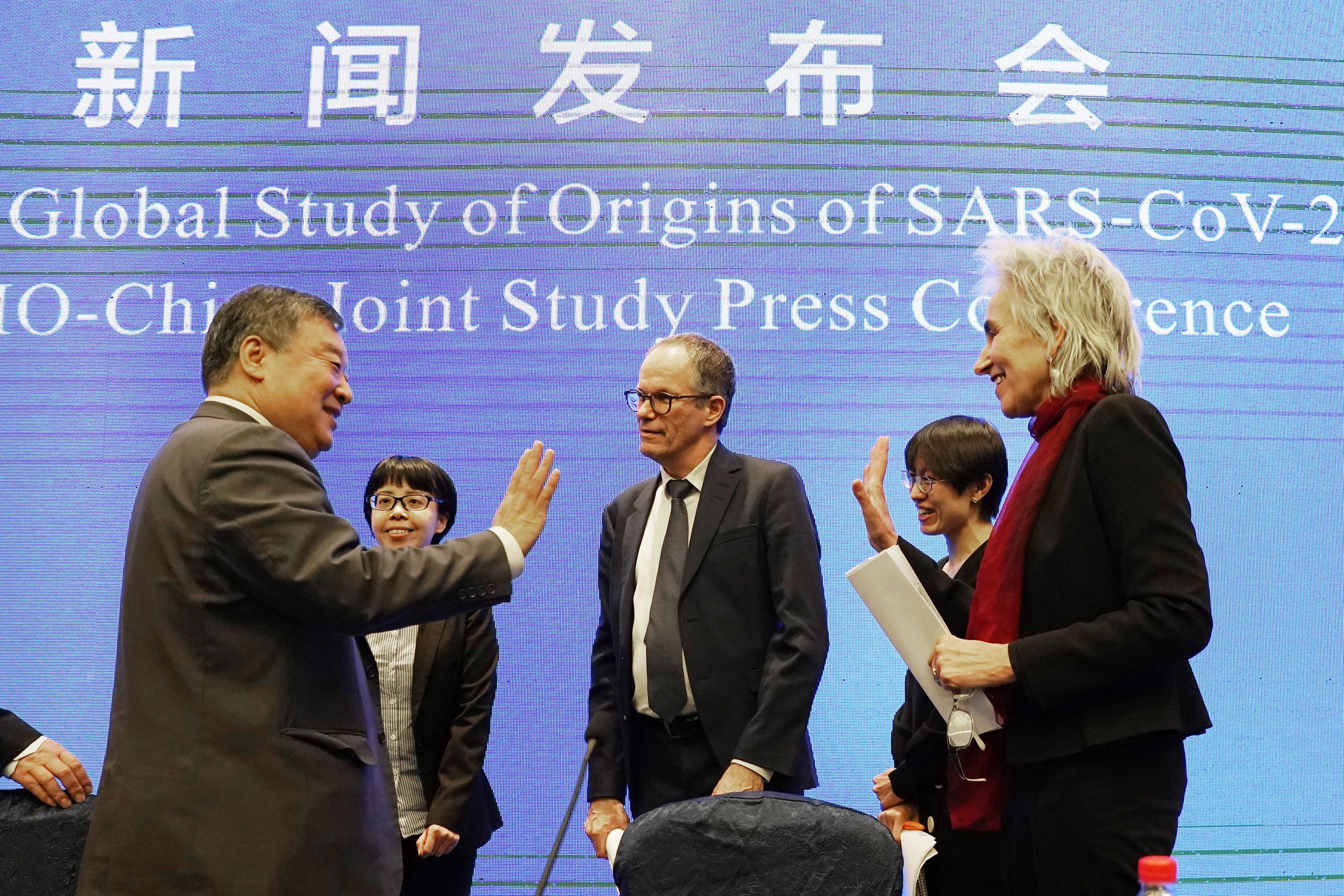 WUHAN, China (AP) – The coronavirus likely first appeared in humans after jumping from an animal, a team of international and Chinese scientists searching for the origins of COVID-19 said Tuesday, saying an alternative theory that the virus leaked from a Chinese. laboratory was unlikely.

A visit by World Health Organization experts to Wuhan, the Chinese city where the first coronavirus cases were discovered, closely watched, did not drastically change the current understanding of the early days of the pandemic, said Peter Ben Embarek, leader. of the WHO mission.

But he did “add details to that story,” he told a news conference when the group concluded a four-week visit to the city.

And it allowed the joint Sino-WHO team to further explore the theory of laboratory leaks, which former US President Donald Trump and officials in his administration had presented without evidence, and decide it was unlikely. The Wuhan Institute of Virology houses many different virus samples, leading to allegations that it may have been the source of the original outbreak, either on purpose or accidentally.

Embarek, a WHO food safety and animal disease expert, said experts now consider the possibility of such a leak so unlikely that it will not be suggested as a future avenue of study. But another member of the team, Danish scientist Thea Koelsen Fischer, told reporters that team members could not rule out the possibility of further investigation and new leads.

China had already vigorously rejected the possibility of a leak and has promoted other theories. Chinese and foreign experts considered various ideas on how the disease first ended in humans, leading to a pandemic that has now killed more than 2.3 million people worldwide.

Embarek said the initial findings suggest that the most likely route the virus followed was from a bat to another animal and then to humans, adding that would require further investigation.

“The findings suggest that it is extremely unlikely that the laboratory incident hypothesis explains the introduction of the virus into the human population,” he said.

When asked why, Embarek said accidental releases are extremely rare and that the Wuhan institute’s lab operations team’s review indicated that it would be difficult for anything to escape from them.

He also noted that there were no reports of this virus in any laboratory prior to the pandemic. Liang Wannian, the head of the Chinese side, also emphasized that, saying that there was no sample of it at the Wuhan institute.

The mission was intended to be an initial step in the process of understanding the origins of the virus., which scientists have postulated may have passed to humans via a wild animal, such as a pangolin or a bamboo rat. Transmission directly from bats to humans or through trade in frozen food products are also possibilities, Embarek said.

The WHO team’s visit is politically sensitive for Beijing, which is concerned about being blamed for alleged missteps in its early response to the outbreak. An AP investigation has found that the Chinese government put limits on the investigation of the outbreak and ordered scientists not to speak to journalists.

Still, a member of the WHO team, British-born zoologist Peter Daszak, told The Associated Press last week that they enjoyed a higher level of openness than they had anticipated and that they were granted full access to all sites and staff they requested.

Koelsen Fischer said he was unable to view the raw data and had to rely on an analysis of the data presented to him. But he said that would be true in most countries.

US State Department spokesman Ned Price said the US was looking forward to seeing the report and underlying data from the WHO investigation.

The team, which includes experts from 10 countries who arrived on January 14, visited the Huanan Seafood Market, the site of an early cluster of cases in late 2019.

Marion Koopmans, the team’s Dutch virologist, said that some animals on the market were susceptible or suspected of being susceptible to the virus, including rabbits and bamboo rats. And some could be traced to farms or merchants in regions that are home to bats that carry the closest related virus to the one that causes COVID-19.

He said the next step would be to take a closer look at the farms.

Liang, the head of the Chinese team, said the virus also appeared to have spread to other parts of the city besides the market, so it is possible that the virus originated elsewhere.

The team found no evidence that the disease was spreading widely before the initial outbreak in the second half of December 2019.

“We have not been able to fully do the investigation, but there is no indication that there were groups before what we saw happen in late December in Wuhan,” Liang said.

The visit from the WHO team took months to negotiate. China only agreed to it amid international pressure at the WHO World Health Assembly meeting last May, and Beijing has continued to resist calls for a strictly independent investigation.

While China has weathered some localized resurgences of the infection since controlling the outbreak last year, life in Wuhan itself has largely returned to normal.