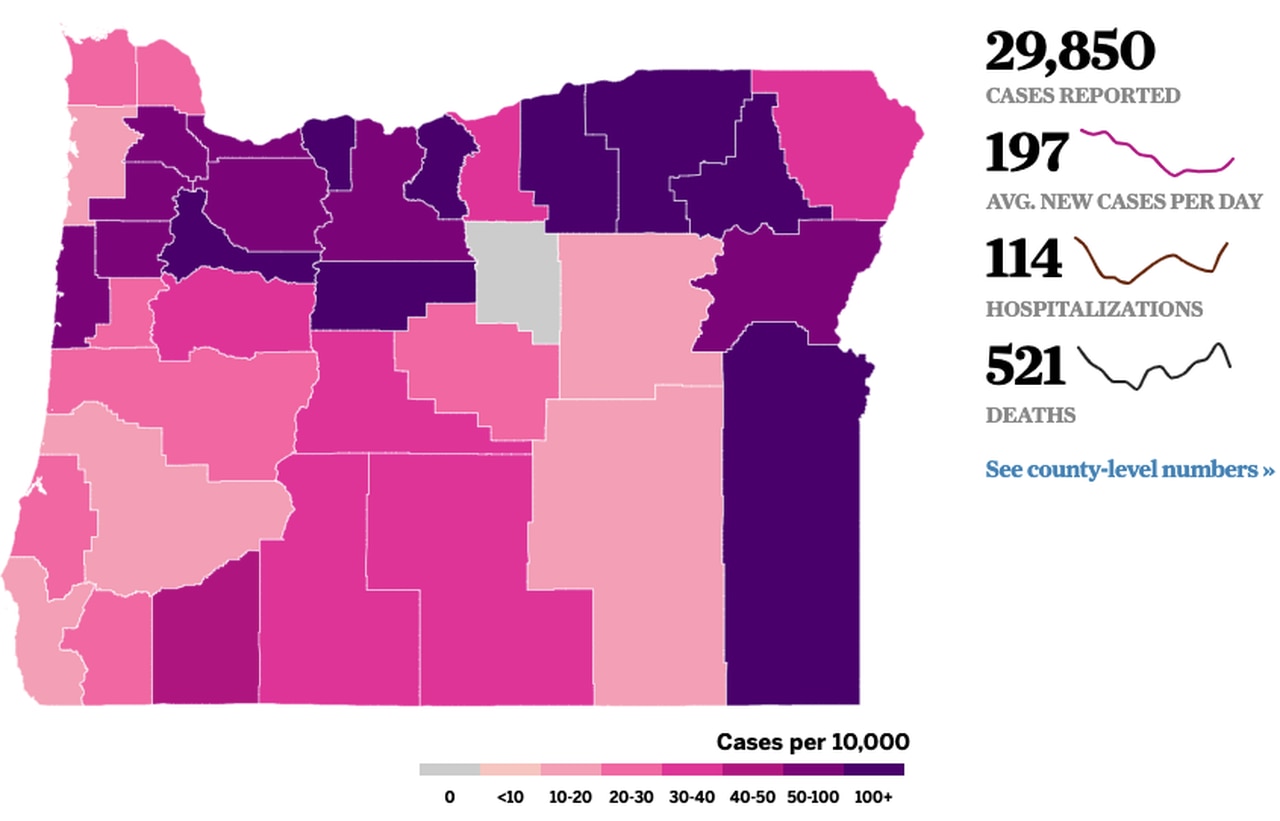 The Oregon Health Authority on Wednesday reported 195 new coronovirus cases and two more deaths as the state announced the introduction of an early detection system to monitor the spread through sewage.

Researchers at Oregon State University have received a $ 1.2 million grant from the state to monitor coronovirus wastewater for 30 months at 43 locations outside the Portland metro area.

“This program promises to help us monitor COVID-19 in our communities,” Dr. Melissa Sutton, medical director for respiratory viral pathogens for the state, said in a news release. “We look forward to our partnership with local communities and researchers. Together, we hope to better understand the spread of COVID-19 in Oregon. “

New plagues: Oregon’s 520th death involving coronovirus is from a 70-year-old man from Washington County who did not have underlying medical conditions. He tested positive on 9 July and died on 8 September at OHSU Hospital.

The 521st fatal condition is 79-year-old from Mulnoma County with underlying health conditions. He tested positive on 4 August and died on 10 September at his residence.

Prevalence of infection: State officials reported 176 new confirmed infections in a trial of 3,197 people, equivalent to a 5.5% positivity rate.

Who is in the hospital: The state on Wednesday confirmed 114 Oregonians with coronovirus infections who are currently in hospital, from Tuesday to eight. Oregon is well below its capacity, with hundreds of hospital beds and ventilators available.

Since it began: Oregon has 29,850 confirmed or reported infections and 521 deaths among the lowest totals in the country. To date, 619,822 Oregonians have been tested.