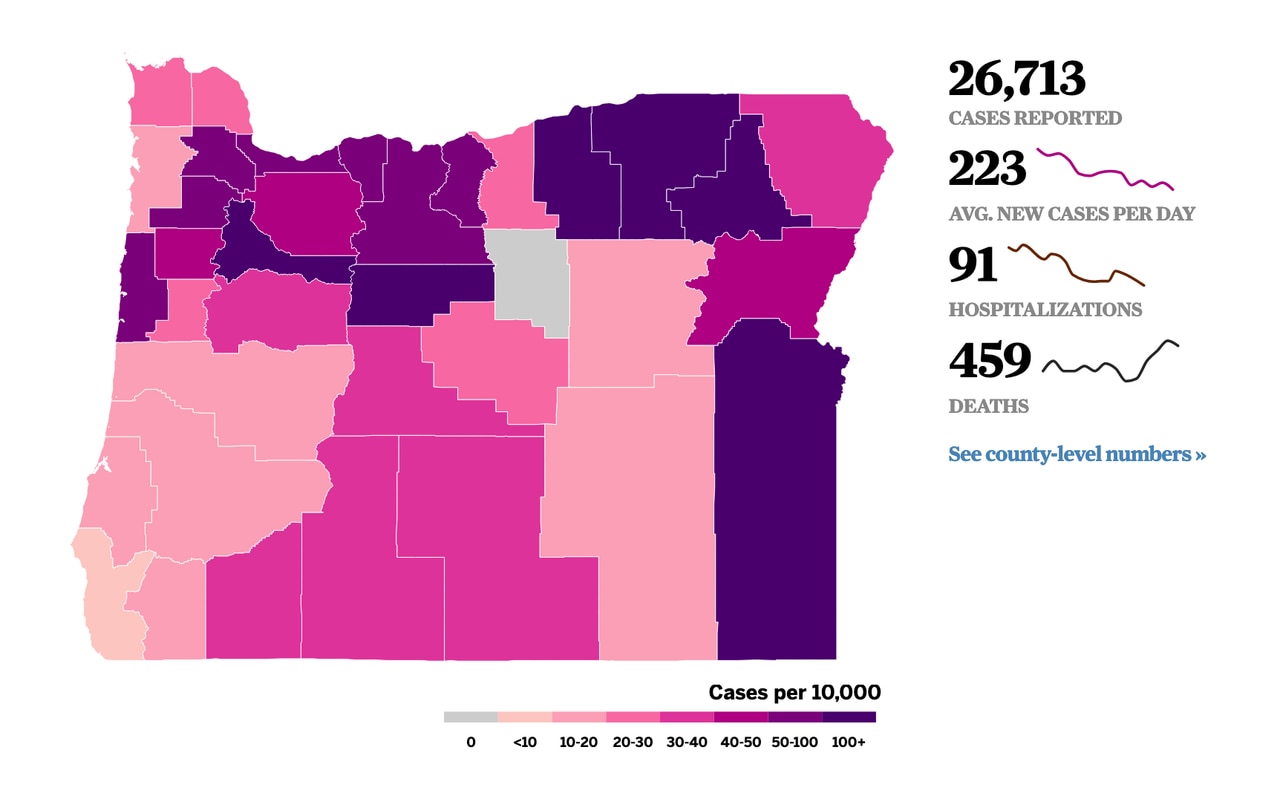 There are 162 new confirmed and presumed cases of novel coronaviruses in Oregon and a new death, the Oregon Health Authority announced on Monday.

The new daily case count is the lowest Oregon has seen since June 29, when the state’s case count was still around August 1 before the gradual decline began.

Days come after a steady decline in daily affairs. Kate Brown removed two counties from the state watchlist – counties where coronovirus is spreading rapidly and health officials cannot track the infection back to a solid source or event.

Brown’s office said on Friday that the count of Multan and Hood River has prevented the disease from spreading. The Baker, Jackson, Jefferson, Malhur, Morrow, and Umatilla counties remain, and the Oregon Health Authority will provide additional monitoring and support to those counties until they also curb unprovoked coronovirus cases.

New plagues: Oregon’s 459th death involving coronovirus is of a 93-year-old Washington County man with underlying medical conditions who tested positive Aug. 25 and died the next day at his residence.

Prevalence of infection: State officials reported the results of 13,329 tests from Friday, the day detailed information was finally available. Since then, 627 people tested positive, equivalent to a 4.7% positivity rate.

Who is in the hospital: The state confirmed 136 Oregonians on Monday or estimates are currently in hospital with coronovirus infections, 30 below Friday, and 24 patients on ventilator, two below Friday. Hundreds of hospital beds and ventilators, including approximately 950 adult beds, are still available for both intensive medical and routine hospital care.

Since it began: Oregon has confirmed 26,713 confirmed infections or 459 deaths among the lowest totals in the country. To date, 555,918 Oregonians have been tested.

Mark Frison contributed to this report.