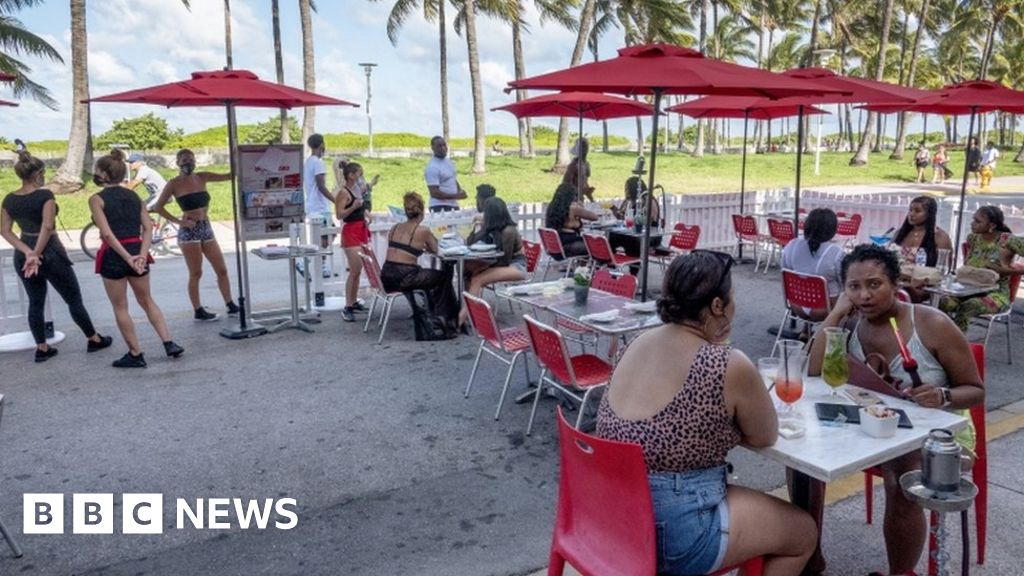 Florida has reported a new record in Covid infections, amid an increase in cases in the southern US states that have allowed companies to reopen in recent weeks.

Florida reported more than 9,500 new cases on Saturday, up from nearly 9,000 on Friday, the previous record.

The increase has prompted state officials to tighten restrictions on business again, as Texas did on Friday.

The official number of coronavirus infections in the US is expected to exceed 2.5 million over the weekend.

More than 125,000 Covid-19 patients have died across the country, more than in any other country.

On Friday, the chief government adviser on coronavirus, Dr. Anthony Fauci, said the United States had a “serious problem.”

Speaking at the first briefing by the White House coronavirus task force in two months, Dr. Fauci said the current increases are due to the regions “perhaps opening too soon” and the people themselves who are not following The Guide.

“People are infecting other people, and then ultimately you will infect someone who is vulnerable,” he said.

What’s going on in Florida?

On Saturday morning, the state reported 9,585 coronavirus infections in the past 24 hours. It has set records for new cases almost daily since mid-June.

Many other southern and western states have reported record peaks as they moved to reopen and people from other areas arrived in the past few weeks.

Earlier this week, Texas, Florida and Arizona paused plans to reopen in an effort to tackle the outbreak.

But on Friday, Florida Governor Ron DeSantis imposed new restrictions and ordered state bars to stop serving alcohol on their premises, although it was unclear how the new measures would affect restaurants, the Miami Herald reported.

And in Texas, which has also seen a record number of cases this week, Gov. Greg Abbott told bars to close and limited restaurant seating capacity to 50%.

What is the general situation in the United States?

On Friday, Johns Hopkins University said the total number of cases in the country had increased by more than 40,000 to 2,483,516. It was the second record daily increase in so many days.

While part of the increase is due to more extensive testing, the rate of positive testing in some areas is also increasing.

Health officials estimate that the actual number of cases is likely to be 10 times greater than the confirmed total. The U.S. Centers for Disease Control (CDC) said that up to 20 million Americans may have been infected.

The increase in cases was fueled by young people who tested positive, especially in the southern and western United States, said CDC chief Dr. Robert Redfield.

The White House has emphasized that the situation is stabilizing in most of the country.

During Friday’s briefing on the coronavirus, Vice President Mike Pence praised the “truly remarkable progress of the Trump administration in advancing our nation,” highlighting improvements in employment numbers and retail sales.