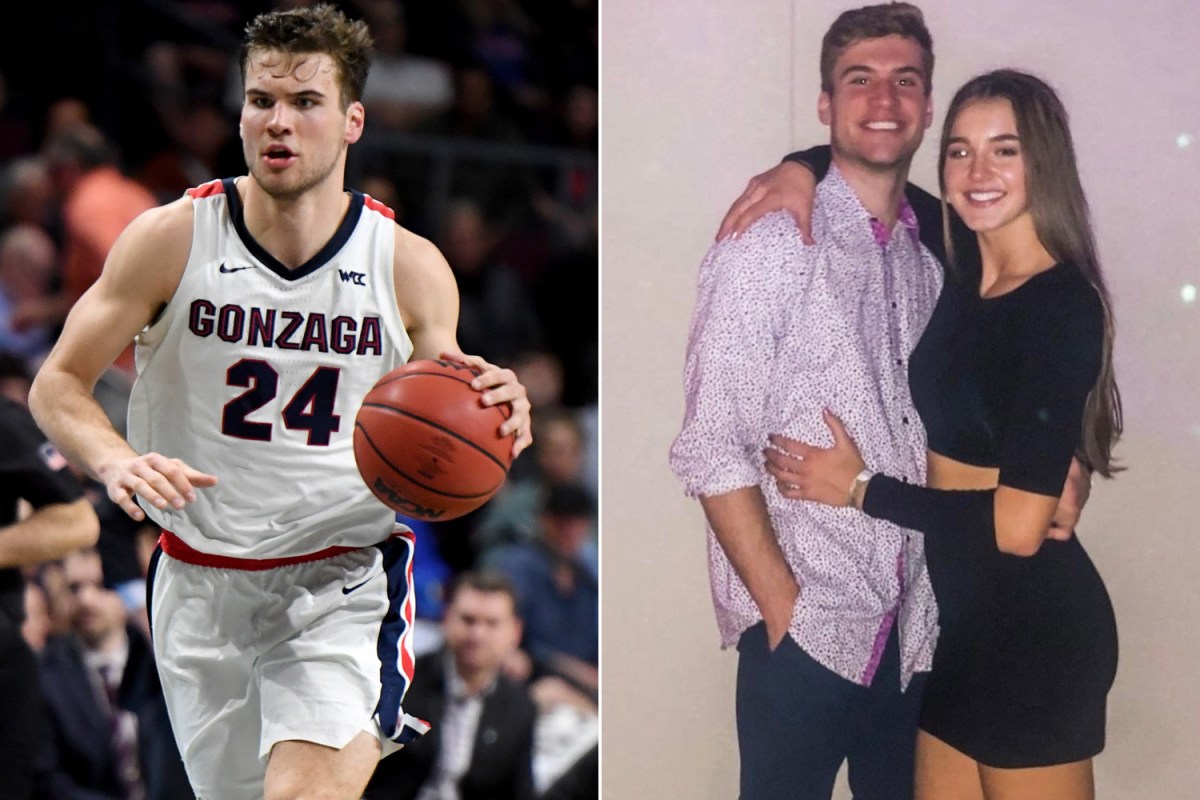 Talk about a sudden romance.

When the Gonzaga Bulldogs kick off their March Madness 2021 journey Saturday night against Norfolk State, expect forward Corey Kispert to get sweet support from his girlfriend Jenn Wirth, a forward on Gonzaga’s women’s basketball team.

“Anything from literally giving anyone a bucket to making me feel like the luckiest man in the world … I’m convinced she can do it all,” Kispert, 22, said in January 2019.

Together for nearly three years, Kispert regularly shares photos of the couple on social media, including a cozy black and white shot from April 2018.

“Time well spent,” the 6-foot-7 athlete posted on Instagram at the time.

Kispert is one of the stars on Gonzaga’s undefeated team (26-0) this year, which includes the featured roster of first-year guard Jalen Suggs and second-year center Drew Timme.

Kispert has averaged 19.2 points this season with 4.9 rebounds, according to ESPN. He is expected to be one of the top picks in this year’s NBA Draft.

“Love and basketball – that’s been our life for the last year and I wouldn’t have it any other way,” Wirth, 22, said of her relationship with Kispert in a March 2019 Instagram post.

“Thank you for making it so easy and thank God for my best friend <3 I love you (now go kill the rest of the season)," he continued.

When they’re not playing on the court, Kispert and Wirth enjoy outdoor adventures together, including skateboarding sessions.

The Wirth and Gonzaga women’s basketball team will face the Belmont Bruins on Monday in the first round of the NCAA Tournament. Earlier this month, Wirth was named WCC (West Coast Conference) Co-Player of the Year, along with BYU’s Shaylee Gonzales.

Kispert and the Gonzaga Bulldogs are considered one of the best teams this year, aside from Michigan and Baylor. The team advanced to the national championship game in 2017, where they lost to the North Carolina Tar Heels.