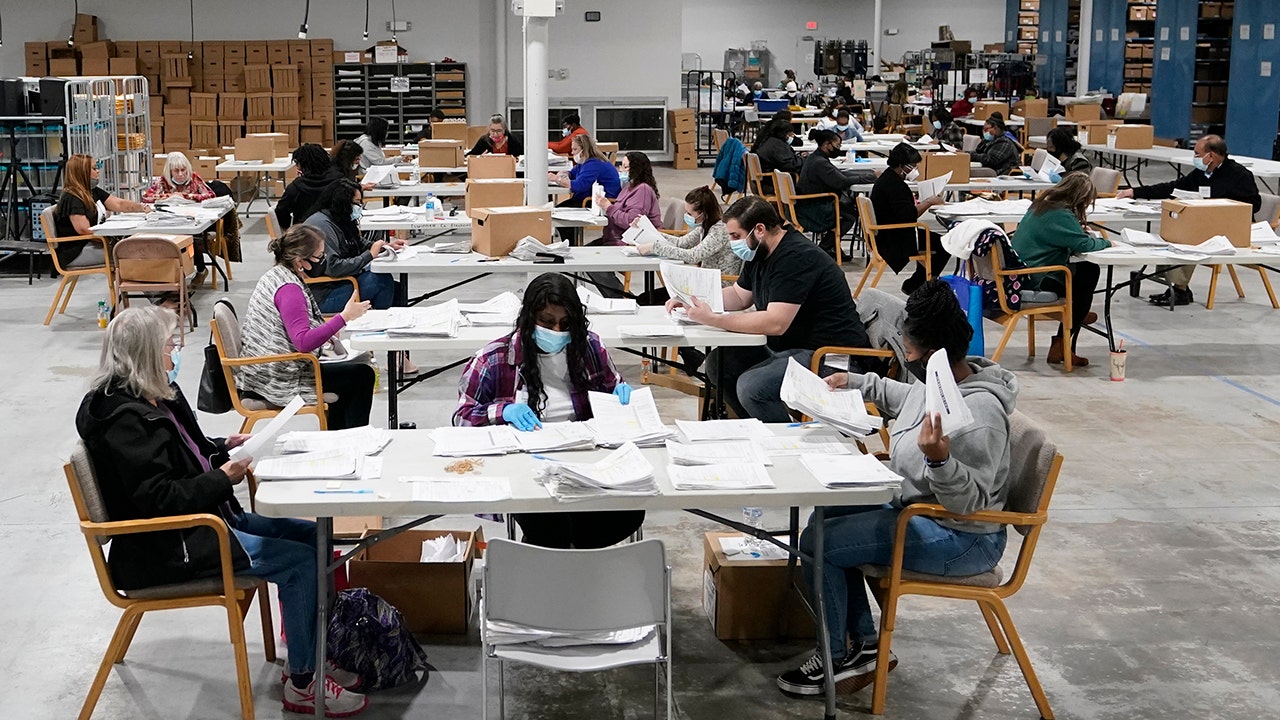 Heritage Action for America, a conservative nonprofit linked to the right-wing think tank The Heritage Foundation, will announce Monday that it plans to spend $ 10 million on efforts to toughen electoral security laws in eight key states.

“Fair elections are essential to all future political debates,” Heritage Action Executive Director Jessica Anderson said in a statement. “We are working to help state legislators restore confidence in our elections, ensure transparency, and protect the rights of all Americans to a fair election. This is our number one priority and we are committed to doing whatever it takes.”

State electoral systems came under close scrutiny during the coronavirus pandemic, which prompted closures across the country that began about a year ago.

The last few races in the Democratic presidential primaries were held primarily by vote-by-mail to limit in-person contact as the virus spread. But Republicans said voting by mail is less secure than voting in person.

States generally maintained or even expanded their voting-by-mail systems for general elections. The rapid implementation of these processes raised concerns about ballot collection, that ballots could be mailed to voters who no longer live in a particular location due to outdated voter lists, and more.

Election rule changes were some of the key complaints from former President Donald Trump and those who supported his false claims that he won the presidential election. But despite intense scrutiny, no fraud was found widespread enough to nullify the result in any individual state.

Congressional Democrats aim to make permanent some of the sweeping changes states implemented for the 2020 presidential election.

Ballots sent by mass mail are placed on top of junk mail in a trash can next to an apartment building in Las Vegas, Nevada, October 2020. Photo courtesy of Jim Murphy.

The bill, HR 1, would remove all voter identification requirements; make it harder for states to clear outdated voter rolls; order automatic voter registration for people who are registered in state or federal offices within a state; and require absentee voting without excuses in all states, among many other things.

Anderson said Heritage Action’s statewide effort is in part a response to HR 1, which passed the Democratic-controlled House of Representatives but is unlikely to overcome a 60-vote obstructionist hurdle in the Senate.

“Free and fair elections are important to all Americans,” Anderson said. “While we are working to prevent federal election takeovers like HR 1, voting safeguards must begin with the states. That is why we are now deploying Heritage Action’s extensive grassroots network for statewide advocacy by first time”.

Heritage Action will push for stricter rules on voter identification, citizenship verification and vote gathering. He will also advocate for laws that make it easier for states to clean up their voter rolls and for poll watchers to oversee the voting and counting processes.