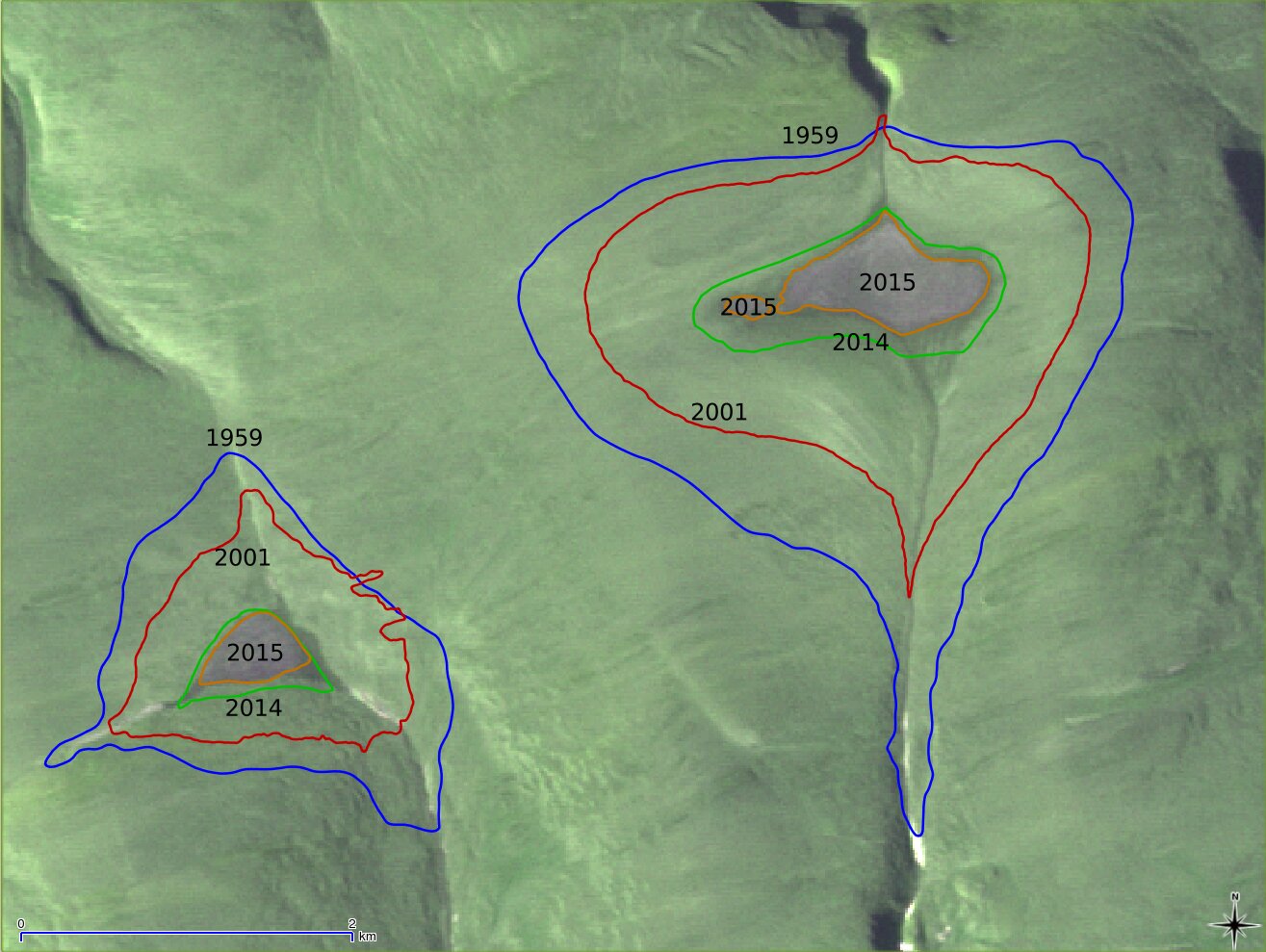 According to NASA satellite imagery, the St. Patrick’s Bay snowflakes have disappeared on the Hazen Plateau of northeast Ellesmere Island in Nunavut, Canada. Scientists and colleagues at the National Snow and Ice Data Center (NSIDC) made the prediction through a 2017 paper Cryosphere Within the next five years ice caps will melt completely, and recent NASA Advanced Spaceborne Thermal Emission and Reflection Radiometer (ASTER) images have confirmed that this prediction was accurate.

NSIDC director Mark Ceres, a distinguished professor of geography at the University of Colorado, and lead author on the paper, first set foot on the St. Patrick’s Bay Ice Caps in 1982 as a young graduate student. He toured the ice cap with his mentor, Ray Bradley of the University of Massachusetts.

“When I first visited those snow caps, they seemed like such a permanent fixation of the landscape,” Ceres said. “To see them die in less than 40 years just blows me away.”

In 2017, scientists compared ASTR satellite data from July 2015 to vertical aerial photographs taken in August of 1959. They found that between 1959 and 2015, only five percent of their former area had been reduced to snowflakes, and had been separated since 2014 in 2015 in response to a particularly hot summer. Snowflakes are absent from the ASTER images taken on July 14, 2020.

The St. Patrick’s Bay Ice Cap was one-half of a group of small ice caps on the Heisen Plateau, which attained their maximum expansion during the Little Ice Age, possibly several centuries earlier. The Murray and Simmons Ice Caps, which make up the second half of the Hagen Plateau ice, are located at a higher elevation and therefore outperforming, although scientists speculate that their demise is imminent.

“We have known for a long time that as climate change occurs, the effects will be especially evident in the Arctic,” Serrez said. “But the death of those two little caps that I once knew well made climate change very personal. All that’s left are a few pictures and a lot of memories.”

Provided by the University of Colorado at Boulder