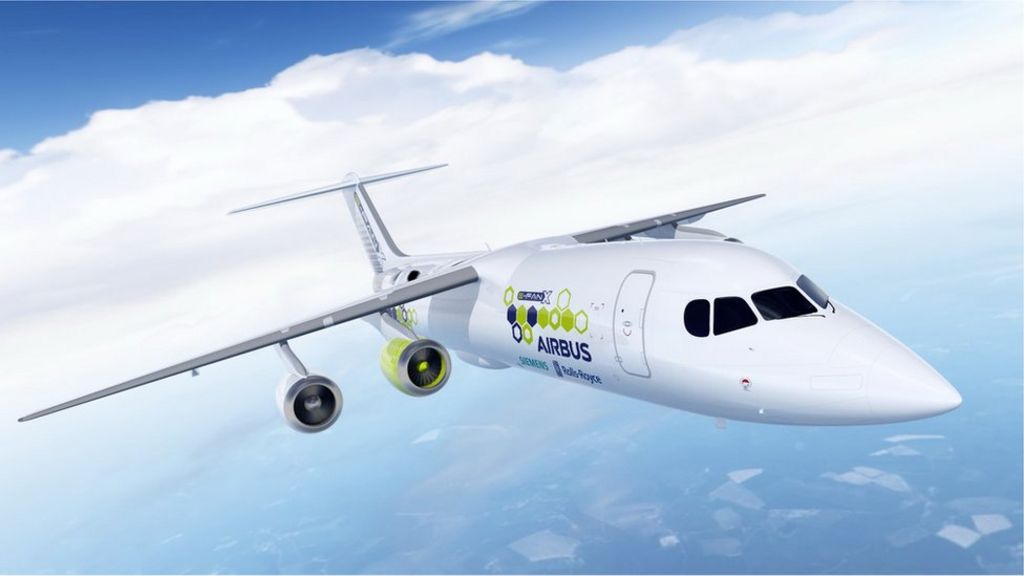 Airbus, Rolls-Royce and Siemens will develop hybrid technology of electric motor aircraft as part of a drive towards cleaner aviation.

The E -The FAN X program will first put an electric motor with three jet engines in a BAe 146 aircraft.

Companies want to fly a demonstrator version of the plane by 2020, with a commercial application for 2030. [19659005] Companies are competing to develop electric motors for aircraft after the pressure from the EU to reduce aviation pollution.

Each of the partners in the program will invest tens of millions of pounds, they said at a press conference.

Companies are developing Hybrid Technology since fully electric commercial flights are currently out of range, a spokeswoman said.

"We see the hybrid – electric propulsion as an attractive technology for the future of aviation," said Paul Eremenko, director of technology at Airbus.

Rolls-Royce will provide the power generator on the back of the E-Fan X.

Works with jet fuel and provides power for the electric motor.

Any excess generator power will be stored in battery banks in the front and rear with the stored energy that will be used. during takeoff and landing.

The E-Fan program started in 2012 with a collaboration between Airbus and Rolls-Royce.

As part of its Flightpath 2050 plan, the European Commission wants a reduction in carbon dioxide emissions by 60%, wants a 90% reduction in nitrogen oxide pollution and a 75% noise reduction .

That has been one of the driving forces of the Airbus, Rolls-Royce and Siemens program.

Other firms are also working on commercial electricity for pbadengers flying by plane.

Easyjet wants electric planes to fly pbadengers on their short-haul routes, possibly within 10 to 20 years.

And Wright Electric aims to offer a commercial electric power flight from London to Paris in 10 years.