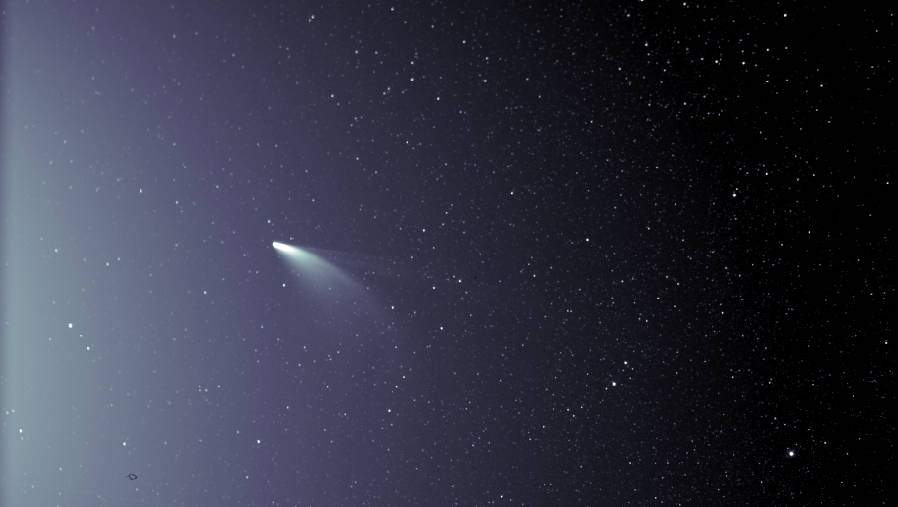 If you haven’t seen the comet yet, time is running out.

Even though this comet will be closest to Earth tonight (Thursday night), it is actually already unconscious as it was last week because it is already moving away from the sun in the month.

It is still visible to the naked eye, but only from the dark sky, away from city lights. And you have to wait until after sunset when the sky is really dark (probably between 10 and 10:30 am), because faint comets won’t be visible in the twilight of the evening. The binoculars will give you a much better view!

This short video shows you where to look:

Comets are the ultimate heavenly attraction for me, because they are ancient, large pieces of dust, ice and gases left over from the creation of our solar system!

We don’t see comets very often, when we get a chance, it is very special.

As comets get closer to the Sun, some ice melts and gases form in comet satellites. Therefore, as the comet collides through space, dust and gases form a ball around the nucleus (called a coma), and the tail we see (in fact, most comets have two tails – one dust. A tail, and a gas tail, which is harder to see).

And here is something special for you. Ever wonder what a comet looks like up close and personal? Well, there is a spacecraft for this. Its name is Rosetta, and it flew on Comet 67P, circled it, and then deployed a lander named Philae on the surface! Here are some pairs of Comet 67P – one from Rosetta in the orbit, and the other from Philae on the surface!