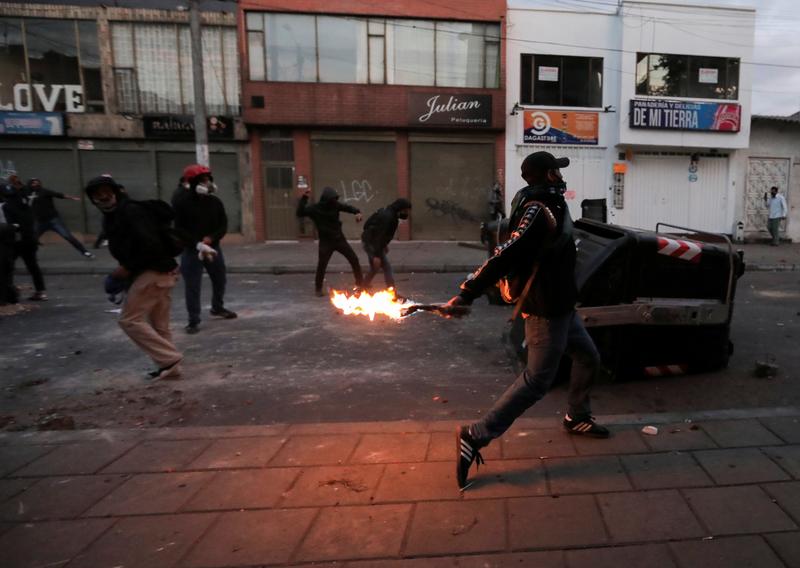 BOGOTA (Reuters) – A father of two died in Bogota after being detained by police officers and repeatedly slammed him with a stun gun despite his pleas to stop them, authorities said on Wednesday. Ignoring the protests said.

The incident occurred in the capital city early Wednesday, when, according to police, Xavier Humberto Ordóñez, 46, was inebriated on the street with others, violating social discrimination rules designed to prevent the spread of coronovirus.

In a widely shared video, Ordóñez is lured to the ground by two officers and subjected to frequent electric shocks as he begs them, “Please, no more.”

Ordóñez was later taken to a police station, where his friends and family alleged that he was abused more. He later died in a hospital.

According to a Reuters witness, hundreds of protesters gathered outside the police station where Ordonz was held, some using trash cans, rocks and sticks to crush windows. The station and a police vehicle were grazing and a motorcycle was burnt.

The national police said two police stations opened fire and three others attacked various areas of Bogota, as well as violent protests in other cities including Medellin, Ibagu and Perera.

Mayor Lopez said on Twitter, “We will offer legal assistance to Xavier’s family to not only punish those directly responsible, but also see structural reforms that prevent and punish police brutality.” is.”

Officials said that the officers have been relieved of their duties during the investigation.

“There can be no tolerance for the abuse of the right of Ivan Verdi,” President Ivan Duke said during an event that “objective” penalties should be enforced.

Police participation in civilian deaths in Colombia is minimal but unheard of. Teenager Dilan Cruz was killed during mass protests last November after a police projectile and members of the trans community accused the police of violence.