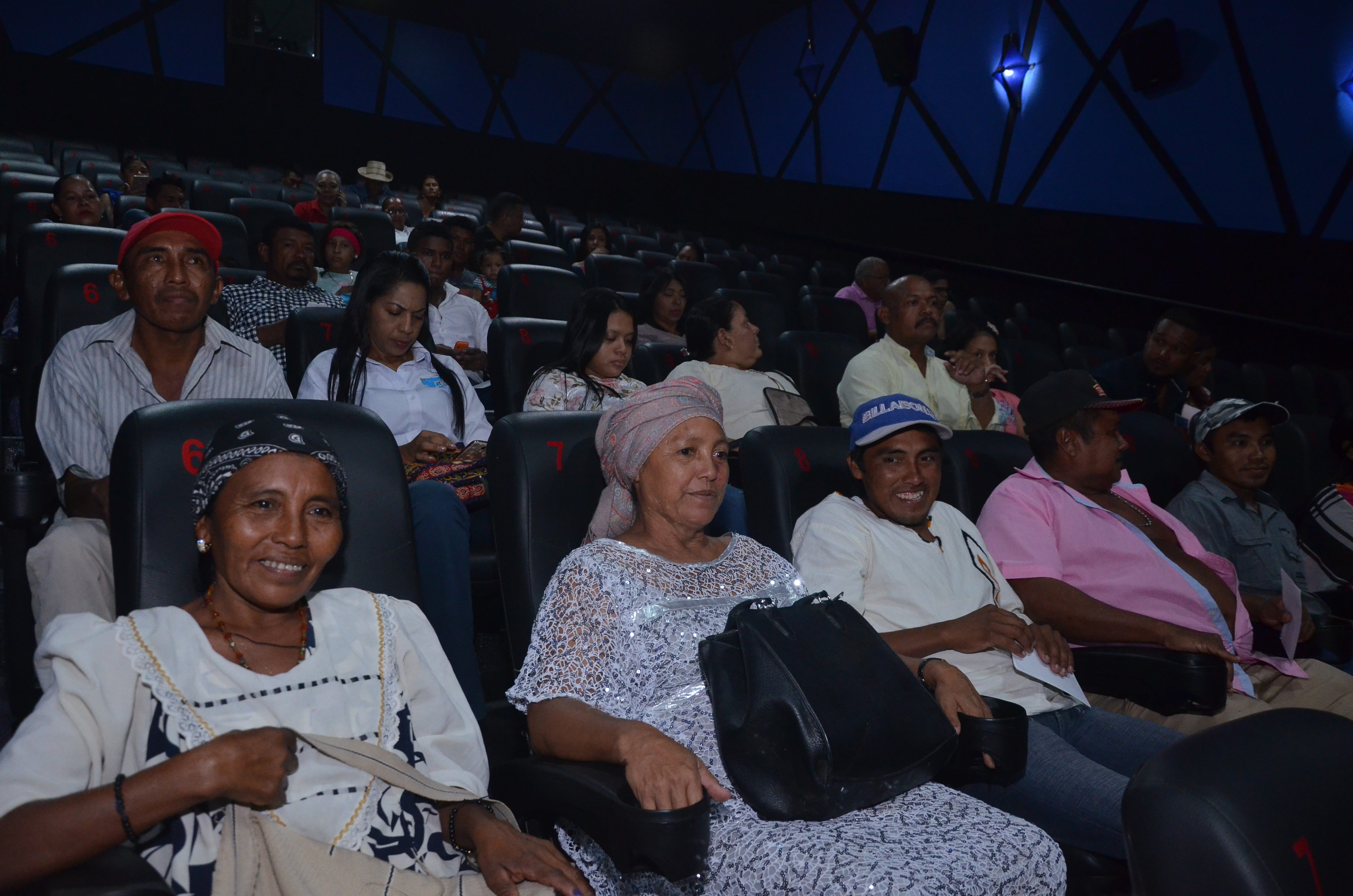 As a fairly faithful reflection of what happened in La Guajira in the 70s with the so-called "marimbera bonanza", in which the Wayuu gave their territories to the illegal trade in marijuana, the film Summer Birds was described , whose premiere was yesterday in Riohacha.

At the Viva Wajiira Shopping Center, there were actors, relatives, friends, journalists, Wayuu leaders and the directors Ciro Guerra and Cristina Gallego, who were reunited with a large part of the cast, in most natural actors of the ethnic group.

At the end of the presentation of the film, many agreed that it was an act of remembrance of that long episode that left a lot of wealth, but also a lot of pain and death, not only among the wayuu, but in many families alijunas (no wayuu).

"I came with my mom and since I was a girl at that time, I asked her if that was the case, she answered me, that when seeing the images, they had removed many memories of so many things that happened and of the dead that the bonanza left, "said Mileydis Polanco, of the School of Communications of the Wayuu People, who went along with her mother Elba Gómez Ipuana and her husband Miguel Ramírez Boscán, as well as with several members of the school.

He adds that he thought it was a good production job, in which they stuck to the details, like the costumes and accessories of the time.

"It was a good decision to tell the story. history through jayeechi (Wayuu songs) and the respect that was seen by our traditions and customs, "Mileydis noted.

The film also showed the beautiful Wayuu landscapes, the desert of Alta Guajira, the ranches and the ancestral traditions of the ethnic group, like the encierro, the yonna, the traditional games. In the same way it shows the strength of the Wayuu woman, protagonist in the violent deaths of the Wayuu and in the second burial of the dead.

It was also a great tribute to the figure of the Pütchipü'ü or palabrero, whose system normative is Intangible Cultural Heritage of Humanity, which was embodied by José Vicente Cotes, traditional authority of the community El Pasito, in Riohacha.

"That left us nothing, ruin. At that time it was the 'chicken of the golden eggs' but it brought a lot of violence. I always tell the person who asks me that here in La Guajira we have to spread the good things but also the bad ones. The bonanza was an experience from which we learned and today in the film Cristina and Ciro is reflected a lot of what happened, things that happened in real life, "he said before entering to see the show.

The Venezuelan filmmaker Wayuu David Palmar, badured that Wayuu participation is very important in the film and considered that it is a challenge to continue fighting for self-representation.

"I applaud the approach of the non-Wayuu to our stories and the attachment they made to what our grandparents tell us and I hope we can also tell our stories. "

At the premiere of Pájaros de verano in Riohacha, were the directors Ciro Guerra and Cristina Gallego, who considered presenting it first in this city "as a moral commitment and in gratitude to the Guajiro and Wayuu people during the realization of it."

They indicated that in this s moments are focused on what will be tomorrow's launch in Bogota. "The important thing is that people in Colombia see it and especially in the cities of the Caribbean coast, which were the closest to that time that was lived," said Cristina.

Ciro, meanwhile, explained that the production will participate in the process for the choice of the film that will go to Colombia to the Oscars, but indicated that it will be the Colombian Academy of Arts and Cinematographic Sciences, whichever it chooses.

The first screening of Summer Birds was on June 22 in the municipality of Uribia, in the Alta Guajira, where for the first time the Wayuu could see a film in their Wayuunaiki language.