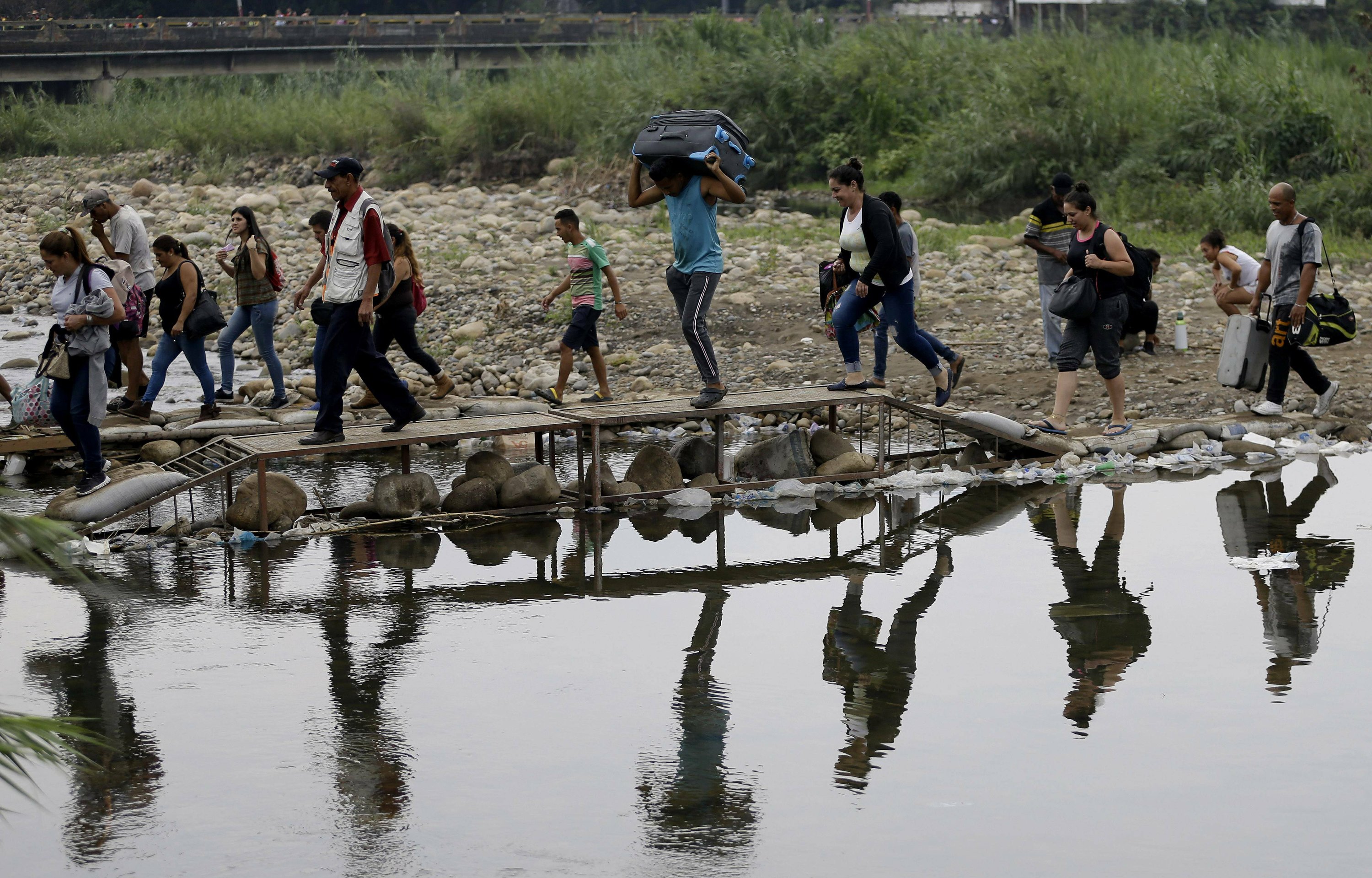 BOGOTÁ, Colombia (AP) – Colombia said Monday it will register hundreds of thousands of Venezuelan migrants and refugees who are currently in the country without papers, in an attempt to provide them with legal residence permits and facilitate their access to health services and legal job opportunities.

The new measure could benefit up to one million Venezuelan citizens currently living in Colombia without proper papers, as well as hundreds of thousands who need to extend temporary visas.

President Duque announced the protection measure in a majestic government palace in Bogotá while standing with Filippo Grandi, the United Nations High Commissioner for Refugees.

“As we take this historic and momentous step for Latin America, we hope that other countries will follow our example,” Duque said in a room full of ambassadors and diplomats, who were invited to witness the announcement.

Grandi said the new policy would improve the lives of hundreds of thousands of impoverished people, calling it an “extraordinary gesture” of humanity, pragmatism and commitment to human rights.

The Colombian government estimates that 1.8 million Venezuelans currently live in the country, and that 55% of them do not have the proper residence documents. Most have arrived since 2015 to escape hyperinflation, food shortages and an increasingly authoritarian government.

The government said that Venezuelans who arrive legally in Colombia in the next two years will also be able to request temporary protection.

The new policy comes after Donald Trump signed an executive order in the final days of his presidency that halted deportations of tens of thousands of Venezuelans living in the United States.

Colombia’s new temporary protection status will be implemented as migrants leaving Venezuela find it more difficult to settle in other South American countries, due to land border closures and growing anti-immigrant sentiment.

In Ecuador, hundreds of Venezuelans are currently trapped along the country’s southern border following Peru’s decision to send tanks and troops to the area to stop illegal border crossings.

Other popular destinations for Venezuelan migrants include Panama and Chile, which have imposed visa requirements that make it difficult for Venezuelans to move to those countries.

According to the United Nations, there are 4.7 million Venezuelan migrants and other refugees in other Latin American countries after fleeing economic collapse and political division in their homeland. Colombia is home to more than a third of them.

Duque said that while Colombia’s decision will provide some relief, he did not expect it to halt the Venezuelan exodus.

“If we want to stop this crisis, the countries have to reflect on how to end the dictatorship in Venezuela,” he said. “We have to think about how to establish a transitional government and organize free elections.”