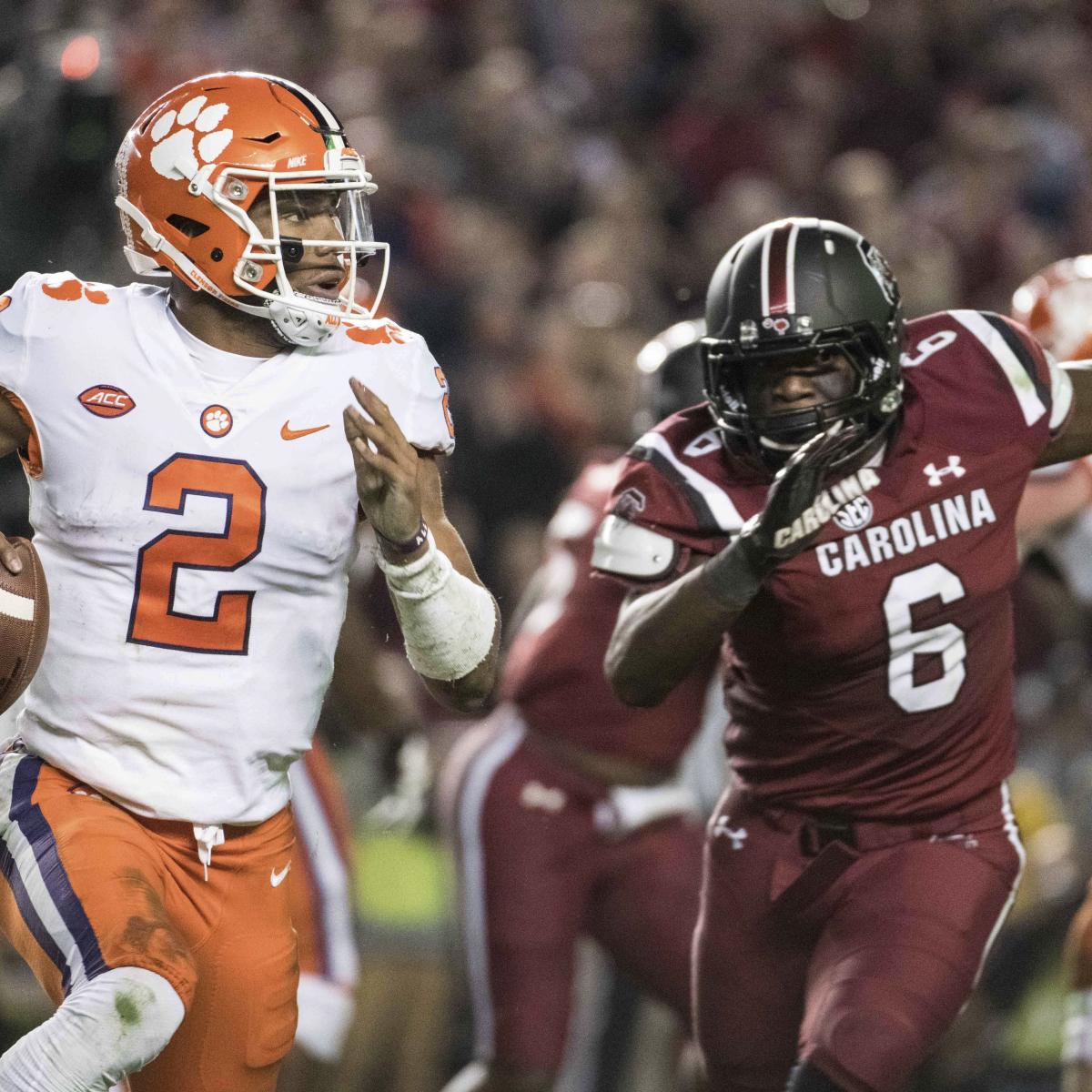 It's all down to the conference champions now, and things could get complicated depending on the results of those games. Of course, teams like Clemson, Oklahoma, Wisconsin and Georgia could make things easier on the University Football Committee by winning their respective conferences.

But if they do not? Let the party begin.

The fascinating election for the University Football Playoff Committee this week will determine how far Alabama should fall. Surely they will be below Clemson and Oklahoma. It seems likely that they will fall below the team they just lost, Auburn. The question will be whether they are also below teams like Wisconsin and Georgia.

If Alabama remains in the top four, however, the committee can still put them in the tiebreaker when all is said and done.

After all, there is a very real possibility that four teams of two losses – Auburn, Ohio State, USC and TCU – will be conference champions. In that scenario, the single-loss ACC champion, whether it's Clemson or Miami, is surely in the tiebreaker.

But after that, will the committee choose three teams of two losses over Alabama?

Auburn would be a pretty obvious selection on Crimson Tide after beating them, adding to an impressive resume that would also include two wins over Georgia. And it could be difficult to put Alabama over Ohio State as well. The Buckeyes, after all, would have victories over Penn State, Michigan and Wisconsin and would be conference champions.

But then there are USC and TCU. The Trojans would have two victories over Stanford highlighting their resume, with a big loss to Notre Dame and a close loss in Washington state hanging over their heads.

But the comparison of the résumés might not favor Alabama much this season. The best triumphs of The Crimson Tide are on LSU and Mississippi State. There will be the argument that the State of Florida was a better team in Week 1 when Field Marshal Deondre Francois was on the field, but the committee has no evidence that it would have been better than the 5-6 record he has published. this year, even with a healthy Francois.

Alabama will have to wait for the committee to believe that it would beat teams like Ohio State, USC and TCU if the teams played, then, without the benefit of a conference title or an elite force of schedule to fall. again in.

The Crimson Tide committee ranking will offer an idea of ​​how much of the benefit of the doubt Alabama is offering due to the vision test.

One last note: UCF seems out of the running for a playoff spot, but pay attention to where it ends up being clbadified. If the team deciphers the Top 10, maybe – just maybe – the committee will give it a hard and tough look for a playoff spot after a second victory over a good Memphis team. It's a remote possibility, but in a year devoid of a dominant team, UCF can make a very strong argument that at least it deserves to be part of the discussion if the table is run.