Colin Kaepernick forms SPAC, with an eye toward social justice 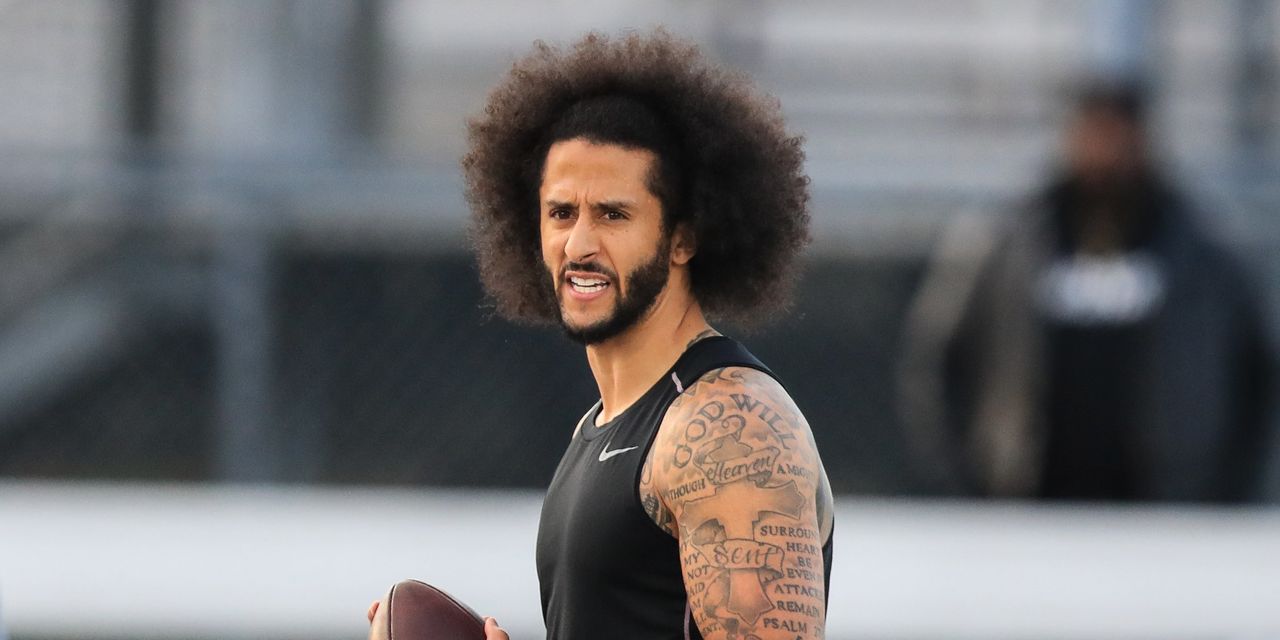 Former NFL quarterback Colin Kaepernick is the latest to create a special-purpose acquisition company, looking to raise up to $ 287.5 million in an initial public offering.

According to a filing with the Securities and Exchange Commission, Kaepernick, the former San Francisco 49ers quarterback who knelt during the national anthem to protest systemic racism and has not played in the NFL since 2016, is the co-sponsor. and co-sponsor. President of Mission Advancement Corp., in association with The Najafi Cos., a private equity firm.

Mission Advancement will focus on issues of diversity and racial justice, and aims to acquire a consumer business with an enterprise value of around $ 1 billion.

“The mission of the Najafi / Kaepernick partnership is to identify, acquire and advance a business with the goal of creating significant social and financial value,” the presentation reads. “We believe that Mr. Kaepernick’s substantial business experience, combined with his long-term leadership on justice and racial equity issues, will support our success in identifying a potential target company and adding transformative value to the combined entity.”

The presentation noted that Kaepernick has worked with global brands such as Nike NKE,
,
Disney DIS,
,
Netflix NFLX,
,
Apple’s AAPL,

As a demonstration of its mission, the company’s board of directors is 100% black, indigenous and of color, and is predominantly female. Directors include Google marketing executive Attica Jaques, former Apple executive Omar Johnson, and Birchbox co-founder and CEO Katia Beauchamp.

SPACs are blank check companies that have exploded in popularity in recent years. They are essentially empty shell companies looking for a company to acquire and go public, in a faster process than a traditional IPO. So far this year, there have been 131 SPACs that have raised a total of $ 39.9 billion, according to SPAC Research. That’s already about half of the SPACs in all of 2020.

23andMe Inc. said last week that it will go public through a merger with a SPAC owned by Richard Branson, and hedge fund Elliott Management is considering creating a SPAC.

Billionaire investor Sam Zell said Tuesday that the SPAC craze reminds him of the late 1990s. “This is rampant speculation again, much like the dot-com boom,” he told CNBC in an interview.

While he said SPACs can be very effective, Zell said he is concerned that many are based on shaky financial fundamentals.