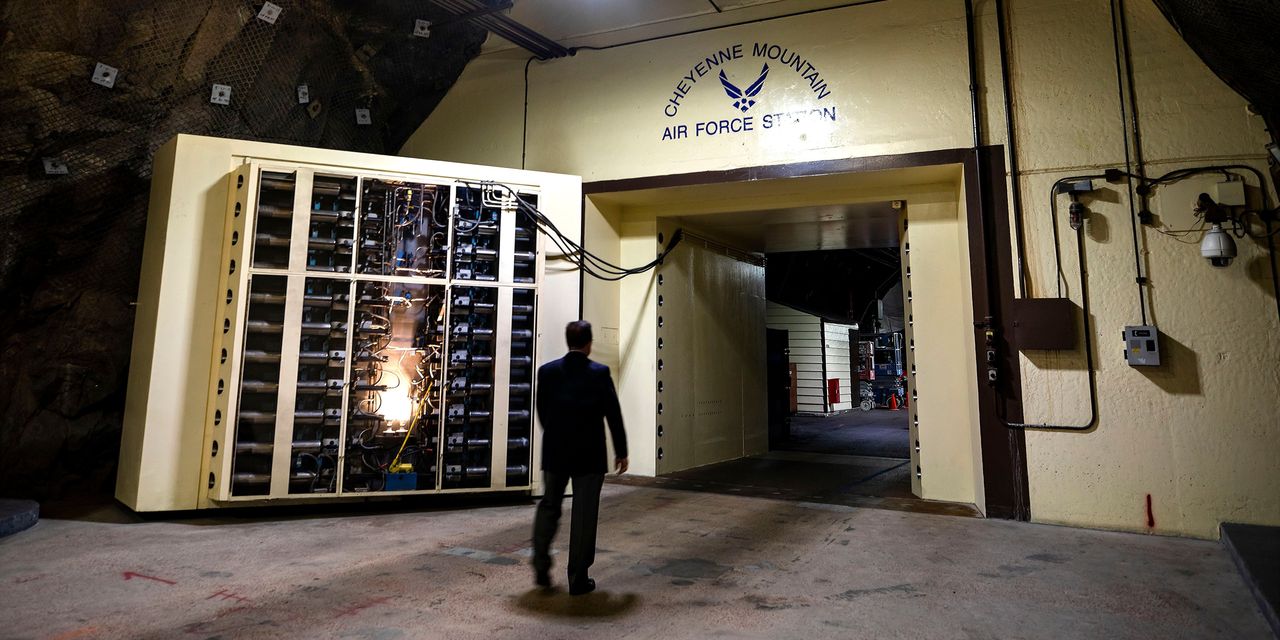 TORONTO – The United States and Canada plan to modernize a defense radar and satellite network in the Arctic in an attempt to counter the growing military presence in northern Russia and China.

President Biden asked Canadian Prime Minister Justin Trudeau to increase Canada’s defense spending, including an update from the North American Aerospace Defense Command, commonly known as Norad, during a bilateral meeting between the two leaders on Tuesday. according to an official familiar with the discussions.

Norad was a central part of the Cold War deterrence strategy of the US and Canadian military against the former Soviet Union. The surveillance system, consisting of satellites, ground-based radars and air force bases located primarily in Alaska and the Canadian Arctic, was designed to alert military allies of any impending attack from the north.

The once state-of-the-art system has become obsolete. The new missiles deployed by Russia and China can travel at more than five times the speed of sound and fly much farther than their predecessors, which would overwhelm the existing surveillance network, said Michael Dawson, who served as the command’s Canadian political adviser. Norad in Colorado. from 2010 to 2014.

Additionally, a melting ice cap is leaving the once impassable Arctic Ocean ice-free for longer periods of time, creating new vulnerabilities for the US and Canada, current and former military officials say.

“The Arctic is no longer a fortress wall and our oceans are no longer protective moats; now they are gateways for advanced conventional weapons, “said retired US General Terrence O’Shaugnessy during his testimony last March before the Senate Armed Services Committee.

President Biden made a clear reference to Norad in his public comments after Tuesday’s meeting, Biden’s first bilateral with a foreign leader since his election. He said the countries agreed to modernize the system, which is jointly controlled by both governments.

Biden also said he expected NATO members, including Canada, to spend at least 2% of their economic output on defense, as outlined in a 2014 pledge made by members of the transatlantic alliance. Canada’s annual defense spending is about 1.5%, according to the latest NATO figures.

The White House and a Pentagon spokesman did not respond to a request for comment. On Friday, the US State Department listed the defense system as one of the priorities for the bilateral relationship between the US and Canada, ahead of a meeting between US Secretary of State Antony Blinken, and Mr. Trudeau along with other senior officials.

“We welcome Canada’s strengthened commitment to Norad as we modernize the command to meet new global security challenges,” the department said in a fact sheet issued ahead of Mr. Blinken’s meeting on Friday, via video conference, with officials. Canadians.

Norad also emerged during a Jan.22 call among leaders, highlighting the importance the United States is placing on updating a surveillance system that was first developed in the 1950s.

US military and political leaders such as Senator Jim Inhofe (R., Oklahoma), the highest ranking member of the Senate Armed Services Committee, see the Arctic alert system as an important tool for keeping up with the growing military presence of China and Russia in the Arctic. . Russia has been developing ports along the Northern Sea Route, a shipping route that winds along the Siberian coast. President Vladimir Putin has also embarked on a military build-up in the region, adding new airfields, air defense facilities, and bases.

China, which views the Arctic as an important shipping route, according to government documents, and has sought to invest in northern mines that give the country access to minerals such as zinc, nickel and gold, has forged alliances with several countries that border the Arctic. . It has deployed icebreakers in the region and declared a “near Arctic state”.

Although Canada pledged in 2017 to increase defense spending by 70% for a decade, the Trudeau administration has not set aside any money specifically to upgrade the Arctic warning system, a project that could cost the country $ 6 billion. , approximately 40% of the cost. Estimated cost of $ 15 billion, said James Fergusson, deputy director of the Center for Defense and Security Studies at the University of Manitoba.

That money would represent a significant commitment for Canada, whose $ 19 billion total annual defense budget is less than 3% of the $ 700 billion defense budget.

Canadian officials have publicly recognized the importance of the updates.

“Now is the opportunity to really speed things up,” Canadian Defense Minister Harjit Sajjan said in an interview in late January. Mr. Sajjan also discussed modernization with US Secretary of Defense Lloyd Austin during a call in January.

Sajjan said Canada has started some of the work, citing new Arctic and offshore patrol boats that began arriving last year, with five more on the way, and the deployment of new satellite technology to improve surveillance of the Arctic and maritime activity. .

Among the key initiatives the Canadian government cited was an update to the Northern Warning System, or NWS, a chain of nearly 50 unmanned radar stations in the Arctic and Alaska. Canadian government documents indicate that the system will reach the end of its operational life in 2025, and the technology will need to be replaced.

Behind the scenes, officials from both countries have worked on projects aimed at better updating the technology needed to protect the continent’s airspace, said John McKay, a Canadian lawmaker and co-chair of the Permanent Joint Defense Board, a group from the United States and Canada. who advises the country’s leaders on the defense of North America. The problem in recent years, McKay said, was Washington’s lack of political leadership.

“The previous administration didn’t have as much interest in Norad’s affairs as it should have, so it was difficult to get the attention of Americans,” McKay said.

However, a former senior national security official in the Trump administration responded that Arctic security was a defense priority for the former president’s team, noting that the Department of Defense released a review of the Arctic strategy in June. 2019 and reestablished its second fleet for North Atlantic and Arctic operations. and repeatedly called for more funds for missile defense.