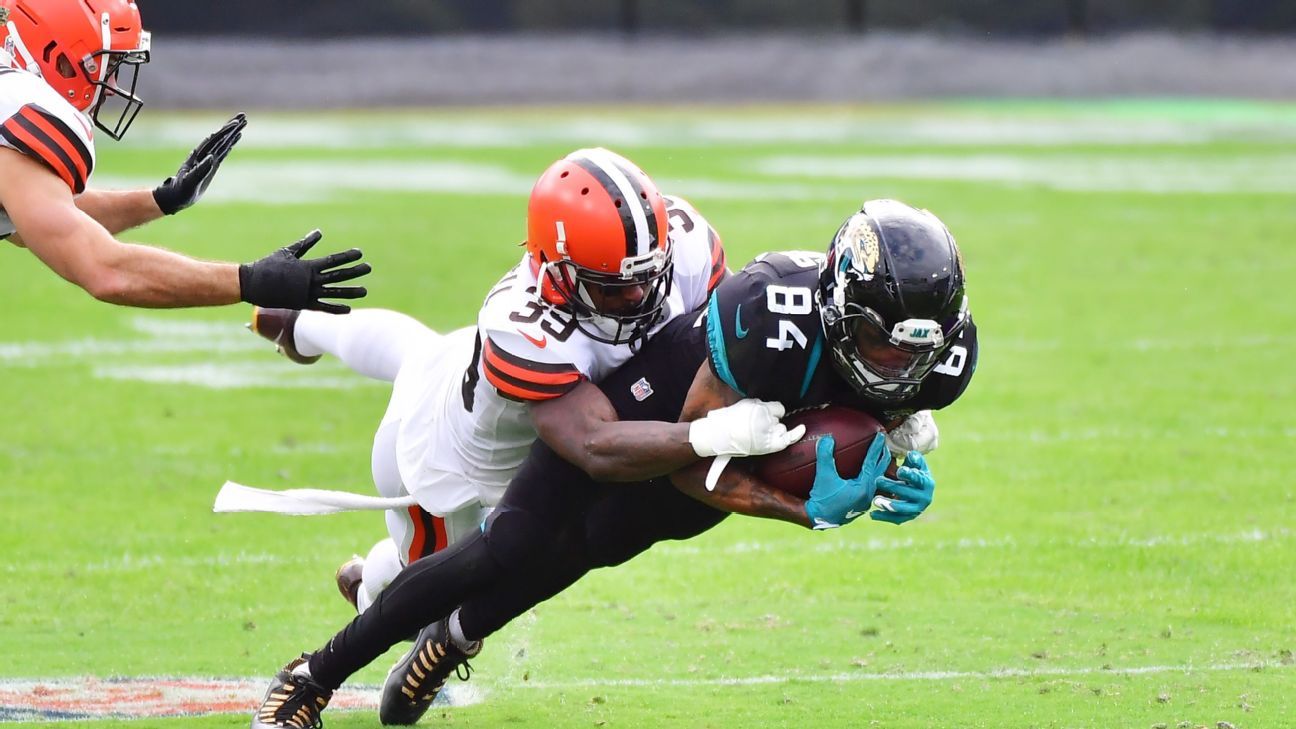 BEREA, Ohio – The Cleveland Browns are losing another defensive starter, but regaining their most important one.

Clearing the way for the star pass-ranger to make a comeback on Sunday against the Tarren Titans, Brown activated defensive end Myles Garrett from the reserves / COVID-19 list on Tuesday.

While Garrett is back on the field, Brown will be without safety Ronnie Harrison, whom the team placed on injured reserve on Tuesday. A source told ESPN that Harrison could miss the remainder of the regular season with a shoulder injury. Harrison is expected to be out for four to six weeks, although he is expected to be back before the playoffs, should the postdenson move ahead before the 8-10 browse.

Harrison suffered a shoulder injury in the first quarter against the Jacksonville Jaguars and did not return. He started the last six games for the Browns after being acquired in a trade from the Jaguars prior to the season. During his first start, on October 11, Harrison intercepted Phillip River for a 47-yard touchdown return.

Garrett has missed Cleveland’s last two matches. He was leading the NFL with 9.5 sacks before being placed on the reserve / COVID-19 list on 20 November. Garrett is still tied for the league lead with four forced fumbles.

On Monday, the Browns claimed safety Tedric Thompson from the Kansas City Chiefs of Weavers. Thompson has 16 career starts since entering the league in 2017.

Coach Kevin Stefanski said Monday that Cleveland also is unlikely to get Pro Bowl cornerback Denzel Ward back for this weekend. Ward missed Sunday’s game with a calf injury.