Civilization VI: Rise and Fall will allow you to take cities without firing a single shot 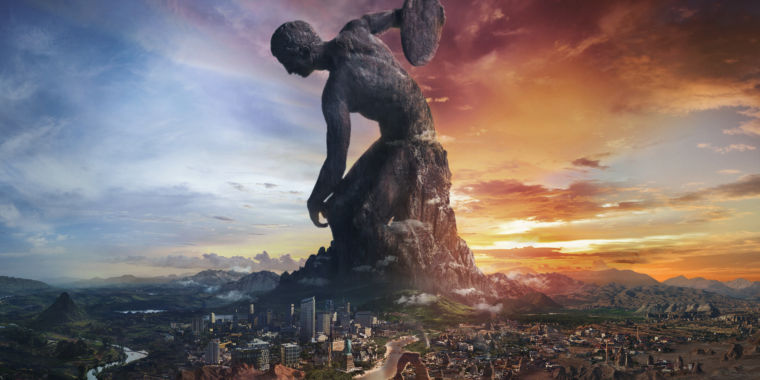 A new expansion for Civilization VI called Civilization VI: Rise and Fall was announced today. The expansion seems to stir the flow of the game with modifiers that will force you to change your strategy for fear of losing your cities or ambition for others. Its central feature is the addition of "Golden Age", "Dark Age" and "Heroic Age": macro events that apply the changing fortunes, achievements and momentum of each civilization to a struggle for territory and cultural influence, whether military force is involved or not.

The expansion will also add governors, an enormously expanded alliance system, cities that change peacefully between civilizations, and a system of "historical moments" that provides players with special milestones that impact on results. Players can expect "emergency situations", which allow the civilizations below to pool their resources to obtain benefits that help them rise closer to the best players. And, of course, they expect new civilizations and leaders.

The historical moments, the change of city and the ages play each other. You may remember the Golden Age of the titles of the past Civilization ; generally, they were short-term impulses for the happiness or performance of their civilization that lasted a few terms. This time, they last an entire era (old, medieval, etc.) and affect a resource called loyalty. With loyalty, you can flip the cities of other civilizations without firing a shot – like the fluency of culture in, say, [CivilizationIV or make yours get away from you.

In the Golden Age, your loyalty increases and your cultural influence in other civilizations is powerful. In Dark Ages, they are diminished and you are vulnerable. But even in the Dark Age, there is hope; you can use special Dark Age policies to finally find the way to an Heroic Era, which is even better than a Golden Age.

The historical moments are already in the game, in a way, they include events like circumnavigation of the globe. But now there are more of them, and they are not just fun landmarks. As you accumulate historical Moments, you gain progress towards a future Golden Age. You also add a new view to your timeline that allows you to see your progress to this day. The videogame company Firaxis says that this timeline view, among other things, is intended to help you orient yourself when you return to a game you had left behind for a while.

Firaxis has released some screenshots that may hint at some smaller additions to the game. Of course, Civilization is not especially visual like video games, but see if you can see new things below.

Diplomacy in Civilization VI has always felt a little anemic, but at least one aspect of the art of international relations receives a boost: alliances. Now, as in some previous games, there are several types of alliances, such as Research, Cultural, Economic, Military and Religious. As their ties with their ally come together, they both receive additional bonuses over time, which makes the possibility of breaking the alliance increasingly difficult. That means there will be more consequences for betrayal than just the weariness of war.

At first glance, the governors are similar to the leaders of Master of Orion II and other games. Each governor has unique bonuses, and you can badign them to administer a specific city. But you can also update them in skill trees that are unique to each governor. You will have to choose if you want to invest all your updates in a single governor, for example, the governor of your big capital city, or distribute improvements among several governors posted in your civilization (you can go up to seven).

Finally, Firaxis says that it is adding new civilizations and leaders. He has not named any specific, but will be revealed in the coming weeks. The studio says in its ad blog post that it is especially interested in adding more female leaders to the game. "Women are often underrepresented in traditional historical accounts, and the latest research has increasingly revealed the fascinating and powerful women who lived between the lines of history textbooks," the publication says.

This seems to be Civilization VI Civilization V: Brave New World equivalent: a robust expansion that adds new and important systems that will change the way the game is played, not just add some new ones civilizations or adjustments to existing ideas. Continues Civilization VI's approach to take ideas from clbadic series (such as Golden Ages or culture flipping) and re-mix them in very different configurations for players who have been doing the same thing for 27 years. Of course, there is something comforting about the same march toward victory that you have been playing for decades. Losing that balance can be a challenge.

We will discover how good that balance is when Civilization VI: Rise and Fall is released on February 8. Here is the cinematic trailer, which unfortunately does not enter any specific game.