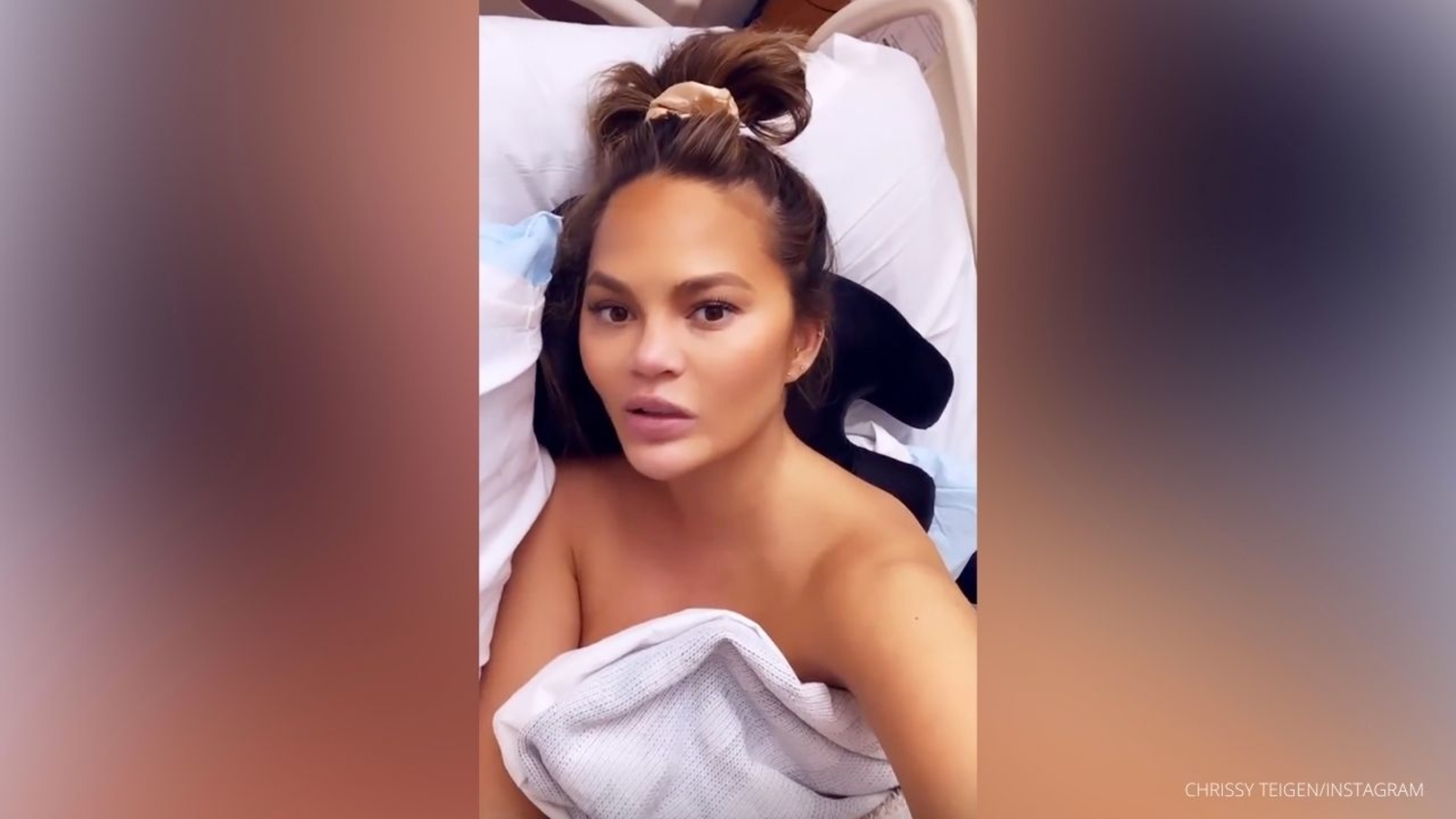 Los Angeles – Chrissy Teigen is hospitalized in Los Angeles after suffering heavy bleeding during her pregnancy.The model and TV figure, who is expecting her third child with singer husband John Legend, was taken to Cedar-Sinai Medical Center on Sunday, hours after she complained of being “bored” at home because of her latest pregnancy. Was being ruled high. Risk.

Hosting “Lip Sync Battle” and mom’s daughter Luna, 4, and son Miles, 2 – Teejan is sharing updates on his health complications, which shows that he suffered a “little less than a month” bleeding in a series having had. Posted on Instagram.

“We all know I’m in bed rest for a few weeks and it’s like super serious bed rest. I get up early to get up and that’s it. I’ll take a shower twice a week, someone Not a shower, just as little as possible. ” “He said from his hospital bed.

“But I always was, always bleeding. I’m kind of about halfway through pregnancy and the blood has been going on for a month. Maybe a little less than a month. We’re about more than your period girls I am talking about. ” Definitely not spot. A lot of people are present and this is usually fine. I had a lot. ”

The 34-year-old Teigen reported that he was admitted to the hospital after bleeding worsened. Compare this to ‘like you turn on a low tap and leave it. ”

Teejan also urged fans not to diagnose him via social media and is confident that “there are very good doctors who know the whole story.”

The former Sports Illustrated cover star reassured fans that her baby’s health was not affected by the fact that her “placenta is really, really weak,” adding: “So I feel really good , The baby being so healthy is getting stronger than Luna or Miles. ” . He moves a lot, a lot more than before. “

“She is very strong and I am very excited for her because she is so amazing and just the youngest friend. I can’t wait for her.”

Teejan is very open with being pregnant in her struggles. Both of her previous pregnancies have occurred through in vitro fertilization (IVF).

The above video is from a previous report.