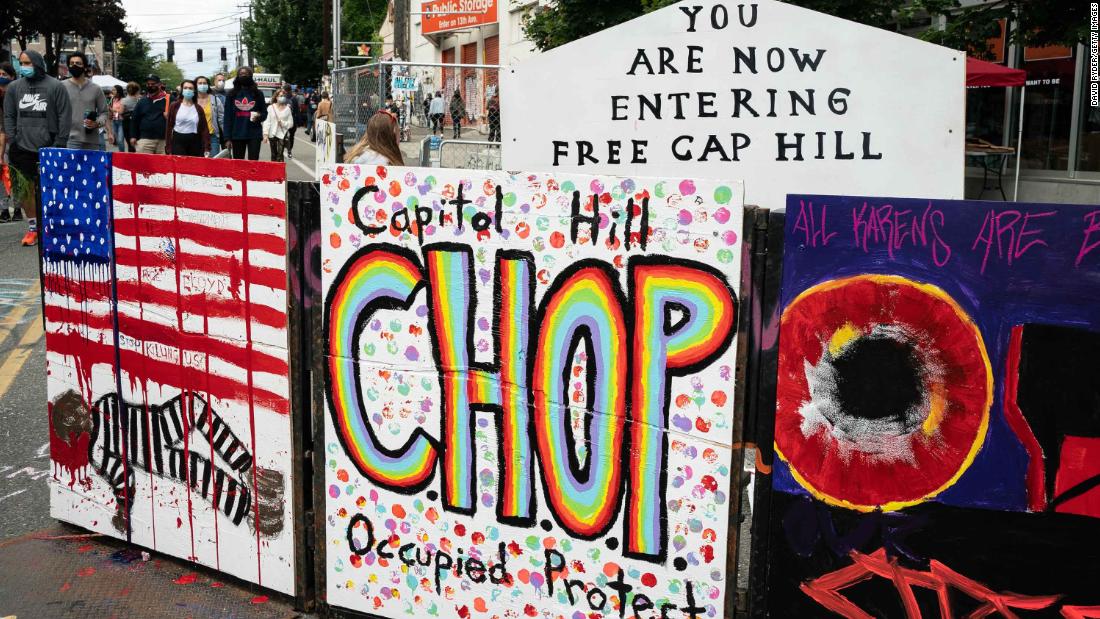 “We were told that there were two men inside the vehicle, and they had both been shot.”

The man later died and the 14-year-old boy remains in critical condition, the hospital said.

Monday’s attack is the fifth shooting in two weeks in the CHOP area, and the second to become fatal.
Thousands of protesters have occupied the area, a four to six block section of Seattle’s Capitol Hill neighborhood, since June 8 in an effort to demand police reform following the death of George Floyd.

But CNN has observed that the number of people within the CHOP area has decreased significantly in the past week.

The police chief said violence in the autonomous zone “is a real problem” and said he wonders “why we would continue to allow this to happen.”

Seattle Mayor Jenny Durkan’s administration has been cautious in returning to the protest area. On Friday, a spokeswoman for the mayor told CNN that the CHOP area may “last a few more weeks.”

The extended approach has drawn criticism from local and national leaders, including President Donald Trump, who has repeatedly tweeted about the CHOP area.

The police chief said it is time for people to leave the autonomous protest zone.

“There are several people who are being hurt and wounded, and we have to do something about it,” Best said.

“We ask people to withdraw from this area for the safety of the people,” he said. “It is absolutely irresponsible that this trend continues.”