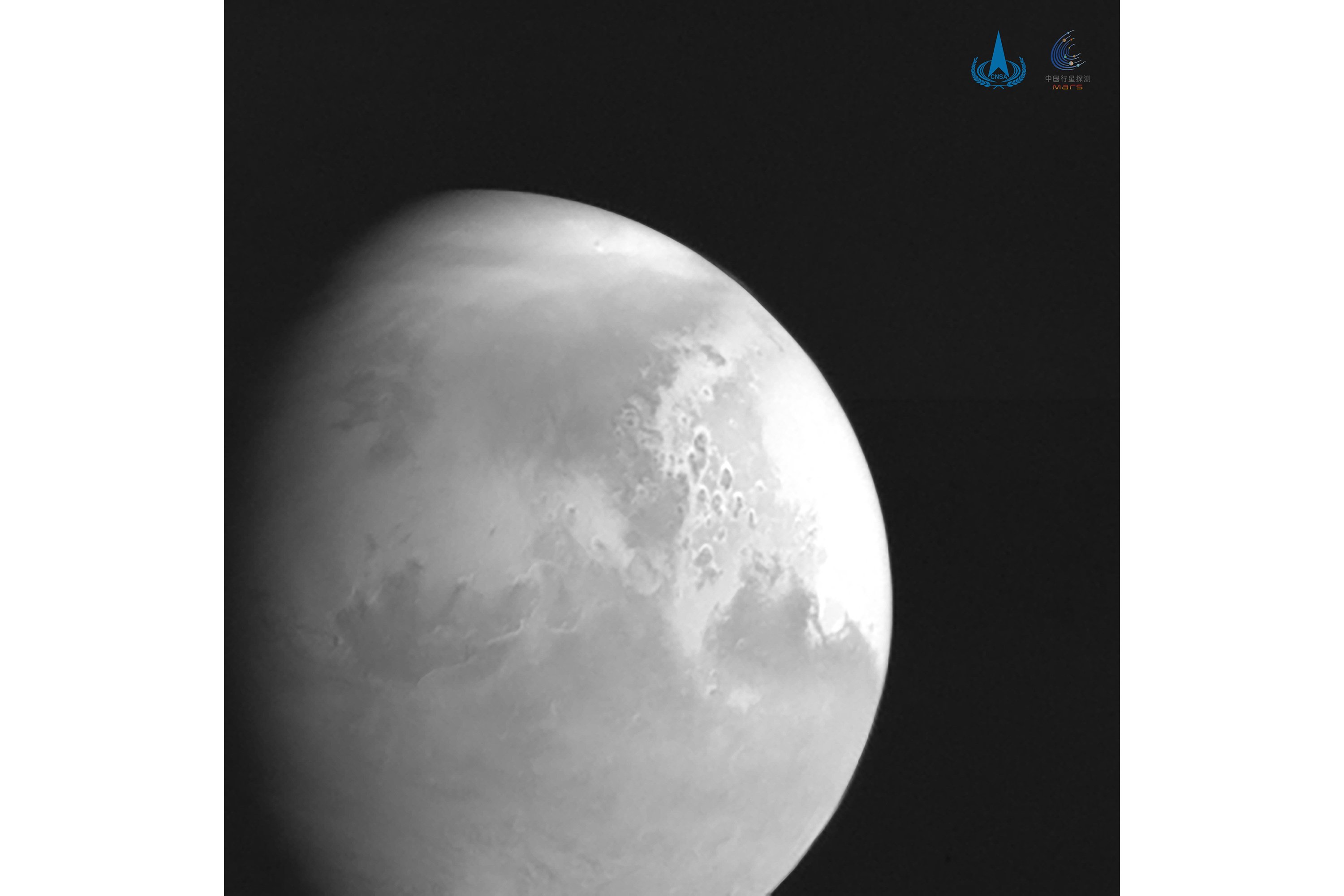 BEIJING (AP) – A Chinese spacecraft entered orbit around Mars on Wednesday on an expedition to land a rover on the surface and search for signs of ancient life, authorities announced in a historic step in the country’s most ambitious space mission. till the date.

Tianwen-1’s arrival after a seven-month, nearly 300-million-mile (475-million-kilometer) journey is part of an unusual burst of activity on Mars: a United Arab Emirates spacecraft went into orbit around the red planet on tuesday. and an American rover is due to arrive next week.

The Chinese space agency said the combined five-ton orbiter and the rover fired its engine to reduce its speed, allowing it to be captured by the gravity of Mars.

“Entering orbit has been a success … making it the first artificial satellite of Mars in our country,” the agency announced.

The mission is bold even for a space program that has amassed a steady stream of accomplishments and brought prestige to the ruling Communist Party of China.

If all goes according to plan, the rover will separate from the spacecraft in a few months and land safely on Mars, making China the second nation to accomplish such a feat. The rover, a solar-powered vehicle the size of a golf cart, will collect data on groundwater and look for evidence that the planet has once supported microscopic life.

Tianwen, the title of an ancient poem, means “Search for heavenly truth.”

Landing a spaceship on Mars is very difficult. Wrecked Russian and European spacecraft litter the landscape along with a failed American lander. About a dozen orbiters missed their mark. In 2011, a Chinese Mars-bound orbiter that was part of a Russian mission failed to exit Earth orbit.

The US alone has successfully landed on Mars, eight times, beginning with two Viking missions in the 1970s. A US lander and rover are in operation today.

China’s attempt will involve a parachute, rocket launch and airbags. Its proposed landing site is a vast rock-covered plain called Utopia Planitia, where the US Viking 2 lander landed in 1976.

Before the arrival this week of the Chinese spacecraft and the orbiter from the United Arab Emirates, six other spacecraft were already operating around Mars: three Americans, two European and one Indian.

The last three missions were launched in July to take advantage of the tight alignment between Earth and Mars that occurs only once every two years.

A NASA rover named Perseverance aims for a landing on February 18. It will also look for signs of ancient microscopic life, collecting rocks that will be returned to Earth in about a decade.

China’s secret military-linked space program has accumulated a number of achievements. In December, it brought lunar rocks to Earth for the first time since the 1970s. China was also the first country to land a spacecraft on the little-explored far side of the moon in 2019.

China is also building a permanent space station and planning a manned lunar mission and a possible permanent research base on the moon, although dates have not yet been proposed.

While most contacts with NASA are blocked by Congress and China does not participate in the International Space Station, it has increasingly cooperated with the European Space Agency and countries such as Argentina, France and Austria. At first, China cooperated with the Soviet Union and later with Russia.