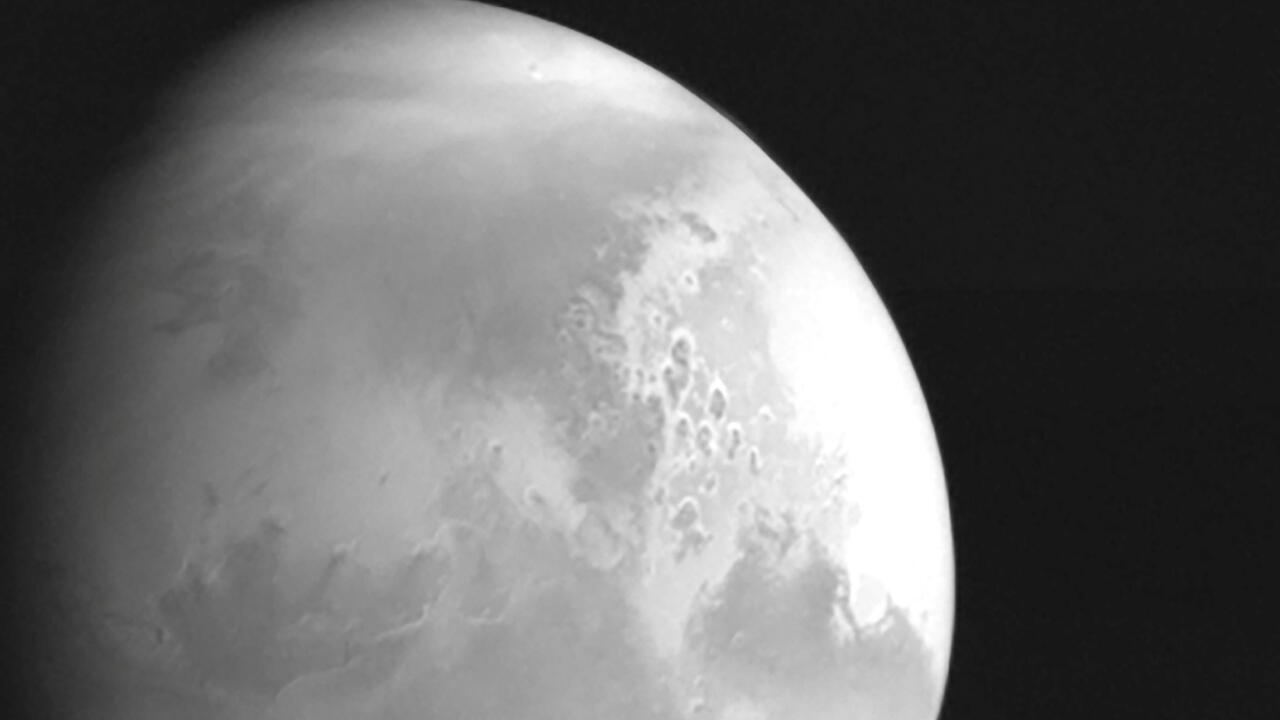 China’s Tianwen-1 probe has sent back its first image of Mars, the National Space Agency said, as the mission prepares to touch on the red planet later this year.

The spacecraft, launched in July around the same time as a rival US mission, is expected to enter Mars orbit around 10 February.

A black-and-white photograph released late Friday by China’s National Space Administration shows geological features, including the Schiaparelli Crater and Wallace Marberis, a vast stretch of valley on the surface of Mars.

The agency said the robot ignited one of its engines to perform “orbital correction” on Friday and expected it to slow down “before being caught by Marcion Gravity” around 10 February.

The five-tonne Tianwen-1 includes a Mars orbiter, a lander and a rover that will study the planet’s soil.

China hopes to finally land the rover in Utopia in May, a major impact basin on Mars.

After leading the United States and the Soviet Union during the Cold War, China poured billions of dollars into its military-led space program.

It has made tremendous progress in the last decade, sending a human into space in 2003.

The Asian powerhouse has laid the groundwork to assemble a space station by 2022 and establish a permanent foothold in Earth’s orbit.

But Mars has yet to prove to be a challenging target, with most missions sent by the United States, Russia, Europe, Japan, and India since 1960 having failed.

Tianwen-1 is not China’s first attempt to reach Mars.

A previous mission with Russia ended prematurely in 2011 as the launch failed.

China has already sent two rovers to the moon. With another, China became the first country to make a successful soft landing on the far side.

CNSA said that all of the Tianwen-1 test systems are in “good condition”.