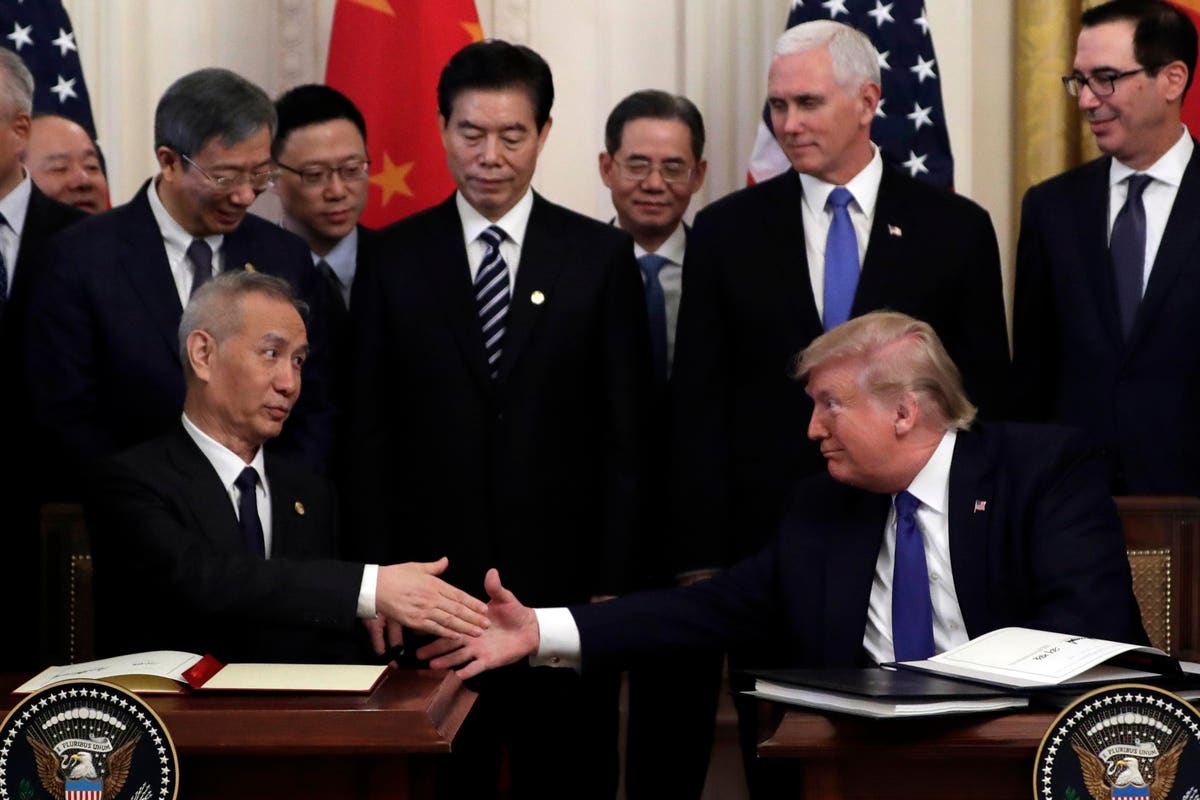 Chinese officials recently expressed “strong dissatisfaction” with the US sanctions that came in response to a new national security bill in Hong Kong, warning to cross “red lines” and meddle in what China considers its own internal affairs could jeopardize the trade agreement, the Wall street journal first reported on Friday.

Although the phase one trade deal is still alive on paper, if the United States continues to pressure China on “sensitive issues” it considers off-limits, such as Hong Kong, Taiwan, and other issues, then the latter could stop its purchases. of certain American exports.

Under the trade deal, China promised to buy $ 200 billion in US products, including soy and pork, but many experts have doubts about the deal: “China is unlikely to meet its purchase obligations in the deal. of phase one, which were largely unrealistic to start with, “says Evan Rees, Asia-Pacific analyst for Stratfor, a RANE company.

“Although still intact, the longevity of the phase one trade deal is increasingly questioned for a number of reasons, with numerous triggers that could derail the deal, including Hong Kong, Huawei, Taiwan, the South China Sea and various human rights issues, “he says.

During a meeting with United States Secretary of State Mike Pompeo in Hawaii last week, senior Chinese diplomat Yang Jiechi reiterated Beijing’s dissatisfaction with new U.S. sanctions in response to the Hong Kong bill and the arrest of Uighur Muslims in China in the Xinjiang region.

While Yang stressed that China remains committed to carrying out the trade deal and that both sides have to “work together,” that message also had a warning tone, sources said. The Wall Street Journal.

A Chinese official said Yang hinted that “the American side should refrain from going too far with meddling,” and if the “red lines” are crossed, that could completely jeopardize the phase one trade deal.

Chinese Vice Premier Liu He, Beijing’s top trade negotiator, delivered a similar message after the June 18 meeting, suggesting that China’s ability to meet its purchase commitments under the trade agreement will require the United States relieve pressure on other fronts.

“Beijing is making clear that its compliance with the agreement depends on the United States refraining from interfering in matters of critical strategic importance in the short term, mainly its efforts to control Hong Kong’s autonomy and restrict Taiwan,” says Rees. But given the global economic shocks caused by the coronavirus pandemic, China’s ability to dramatically increase purchases will be “somewhat limited” to begin with.

The long-awaited phase one agreement was signed in January, after months of protracted negotiations that affected market sentiment for much of 2019. The centerpiece of the agreement was China’s promise to buy $ 200 billion in US products. such as soy and pork, but experts initially questioned whether those targets were realistic, and now, amid mounting tensions and the economic consequences of the coronavirus, they appear even less likely.

What to look at

“As the November presidential election approaches, the trade dynamic is likely to become increasingly volatile as the White House calculates whether it is an asset or a liability to enter the polls,” says Rees.