China warns Asian countries to be cautious on US strategy 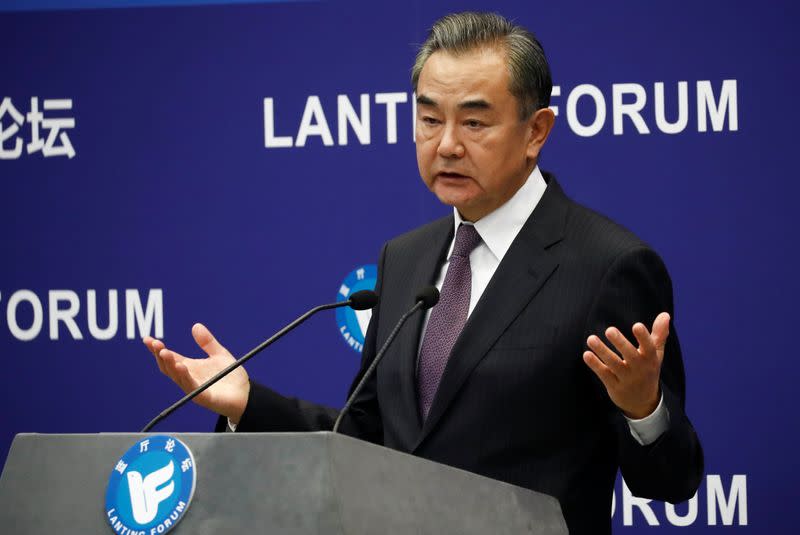 KUALA LUMPUR (Reuters) – State Counselor Wang Yi, the Chinese government’s top diplomat, on Tuesday urged Asian countries to be “vigilant” at the risk of US strategy over geopolitical competition in the South Africa Sea and other parts of the region.

Members of Beijing and the Association of Southeast Asian Nations (ASEAN) should work together to overcome “external disruption” in the South China Sea, Wang said during a joint news conference with Malaysia’s foreign minister.

“We (China and Malaysia) are of the view that there should not be a ground for major wrestling with the South China Sea warships,” said Wang, who visited the South East Asian tour.

“(China) China and ASEAN have full potential and knowledge, as well as responsibility, to maintain peace and tranquility in the South China Sea.”

China has conducted military exercises in disputed parts of the strategic waterway in recent months, while Washington has accused Beijing of attempting to build a “maritime empire” in the area.

Wang described Washington’s “Indo-Pacific” strategy, which aims to cast the United States as a trusted partner in the region as a “security risk” for East Asia.

“What it pursues is to disentangle the old-fashioned Cold War mentality and initiate confrontation between various groups and blocks and prevent geopolitical competition,” he said.

“I believe that all parties see this clearly and will be vigilant against it.”

US Secretary of State Mike Pompeo has previously said that Washington wants a “free and open” Asia that does not dominate any one country.

General Gilbert Gappe told foreign media in Manila that the United States had increased naval patrols and China’s coast guard had become very active, while its maritime militias were “practically in most areas” of the Philippines’ “exclusive economic zone” The herd “.

During Tuesday’s joint briefing, Hishamuddin of Malaysia said that China had committed to purchase 1.7 million tonnes of palm oil by 2023 and pledged to encourage increased shipments of continuously produced Malaysian palm oil.