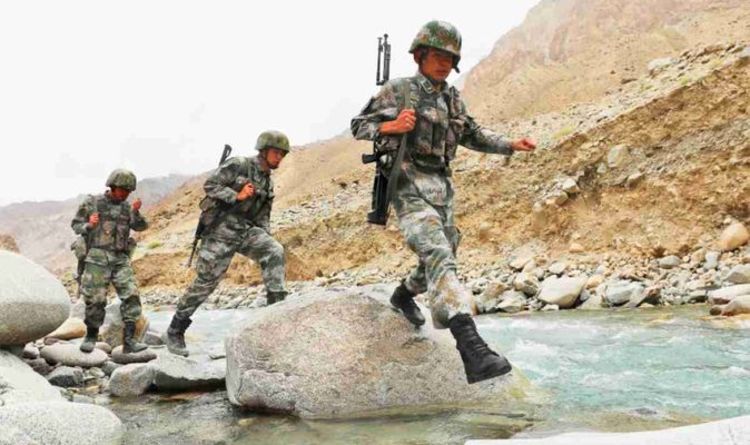 The state-based Chinese newspaper of the Global Times has accused five people of being “Indian intelligence workers”, stating that they disguised themselves as hunters. The news outlet said: “The five Indians who were allegedly abducted by the People’s Liberation Army of China or some who went missing in the South Tibet region are Indian intelligence personnel who disguised themselves as hunters did.” China has said that the men entered the Shannan province of Chinese-controlled Tibet.

Beijing has accused India of frequently sending its agents to the border to gather intelligence on Chinese agents.

Global Times editor Hu Zijin said: “Based on what I know, five Indian intelligence members disguised themselves as hunters and crossed the LAC in Shannan province, Tibet, China for intelligence.”

“He was detained by the Chinese side and received warnings and education.

“He will be released soon.”

The men are still detained by Chinese security forces.

However, a Twitter follower replied to the editor of the Global Times, “A few days ago 3-4 Chinese nationals crossed the LAC and entered the Indian side, we did not call them intelligence members, we helped them give them food water and They crossed freely.

“This is the difference between India and China.”

This week, to ease tensions, Indian and Chinese foreign ministers deliberated to resolve the deadlock on the Himalayan border.

But, India expressed widespread concern of Chinese troops and equipment along the border.

On Friday, Indian Foreign Minister S Jaishankar expressed India’s strong concern over the mob of Chinese troops along the Line of Actual Control, along with equipment.

China said that they were ready to negotiate to resolve the issues and help in military construction on the border.

Tension on the ground continues on the Line of Actual Control in the Himalayas, with both sides maintaining their defensive positions.

The recent occupation of Indian citizens by the Chinese has shaken delicate negotiations between the two sides.

Indian General Rawat has said that countries are “armed forces ready to do anything”.