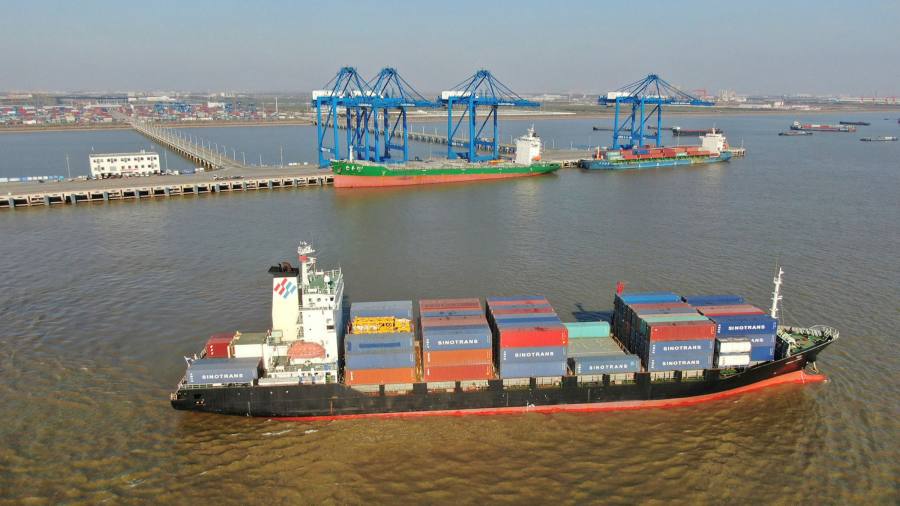 China’s trade surplus reached its highest monthly level in December, as the country’s exports continued to boom during the coronovirus epidemic.

China’s exports have benefited from high demand for medical products and lockdown-related goods when global trade comes under intense pressure and other large economies have struggled to cope.

Growth in trade has helped boost China’s economy, which has been rapidly overcome by the initial impact of the epidemic. Early next week GDP figures are expected to show the Chinese economy expanded 2.1 percent last year.

Strong export growth, including double-digit growth for three consecutive months, remains despite the strengthening of the renminbi, which crossed the 6.5 level against the dollar for the first time since 2018 this month.

Fueled by the country’s economic recovery and the greed of high interest rates, foreign investors raced to buy Chinese assets in the past year. It infused about Rmb1tn ($ 155bn) in 2020 through programs in Hong Kong that connect overseas buyers to the mainland. This month China’s stock market touched its highest level since the global financial crisis.

Although China’s market share in global trade jumped in the middle of last year due to a rapid recovery from the epidemic, analysts suggested that it may decline as other countries.

“As production becomes ramped elsewhere, as the epidemic gets under control and consumers switch to consumption of more services, we think China will refer to Tao Wang, head of Asia economics research at UBS this week.”

How is coronavirus taking its toll on markets, businesses and our everyday lives and workplaces? Be brief with our Coronovirus newspaper.

But he said a strong global recovery should support around 10 percent export growth in China this year as well.

Imports in September, which set their highest dollar amount on record, have now risen for four consecutive months. China’s industrial-driven recovery has boosted demand for goods. Iron ore imports rose to 1.17bn tonnes in 2020, up 9.5 per cent on the previous year.