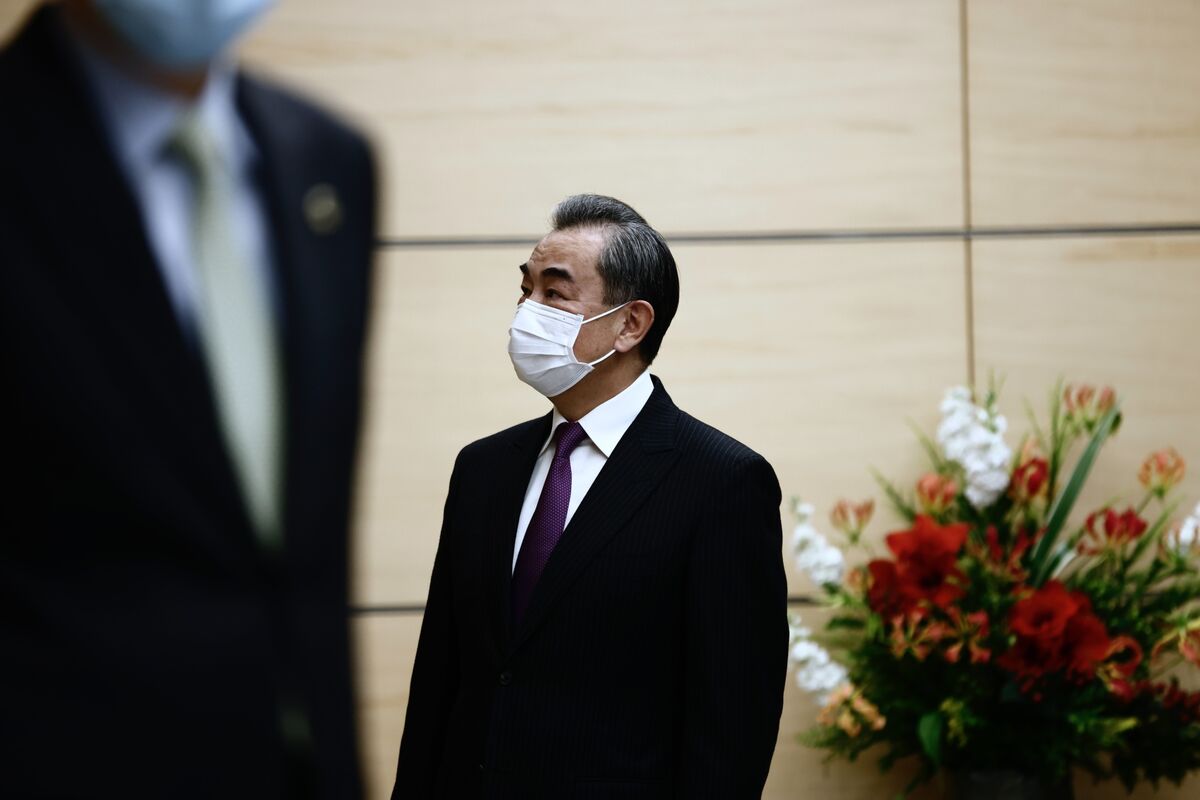 China urged Japan to stay away from “internal problems”, including Hong Kong and Xinjiang, as Japanese Prime Minister Yoshihide Suga prepares to meet with US President Joe Biden later this month.

Chinese Foreign Minister Wang Yi told his counterpart Toshimitsu Motegi that he hoped Japan could treat China’s development from an “objective and rational” perspective, rather than being carried away by the pace of countries that are predisposed against China. according to a statement Tuesday from the Beijing government. While Japan is an ally of the United States, it also has a Peace and Friendship Treaty with China, the statement continued.

Motegi reiterated in the call Japan’s serious concern over a variety of issues, including the situation in Hong Kong and Xinjiang, as well as the passage of a law by China allowing its Coast Guard to fire on foreign ships, the ministry said. Japan’s Foreign Ministry in a separate statement.

Suga will become the first foreign leader to meet with Biden in person since he assumed the presidency, underscoring the United States’ focus on strengthening ties with allies in the region while trying to pressure China on issues from human rights to the trade to investigate the origins of the coronavirus.

Suga has come under pressure from some members of his own ruling party who want Japan to follow other major democracies in imposing sanctions on Chinese officials over forced labor allegations in Xinjiang, particularly ahead of the April 16 White House summit and the summit of the Group of Seven. in the UK in June.

A group of multi-party human rights lawmakers, including members of Suga’s Liberal Democratic Party and its coalition partner Komeito, held their inaugural meeting on Tuesday, where members called for a law allowing sanctions for human rights violations.

“Serious violations of human rights are taking place around the world that cannot be ignored”, Akihisa Nagashima, a LDP legislator, said at the meeting. “The world is increasingly focused on how Japan, whose constitution emphasizes human rights, will respond.”

Japan faces pressure to join China’s sanctions ahead of the trip to the US.

Japan is finding it increasingly uncomfortable to balance its relations with the United States, its only military ally, and China, its biggest trading partner. Japan has stepped up its rhetoric as the Biden administration signals a renewed focus on human rights in foreign policy, but it lacks a legal framework for imposing sanctions.

When asked about sanctions on other countries at a press conference in Tokyo on Tuesday, Chief Cabinet Secretary Katsunobu Kato said that “the goal is to improve the human rights situation. Each country will decide from its own point of view whether that is effective. ”He added that Japan should constantly assess the need for its own sanctions law.

The United States, Canada, the EU and the United Kingdom have imposed sanctions on China for human rights abuses against the Uighur ethnic group in the far west region of Xinjiang, prompting groups of lawmakers to call for Japan to do the same.

– With the help of Lulu Shen, Lucille Liu and Ruth Pollard

(Updates with the group of legislators in the sixth paragraph)