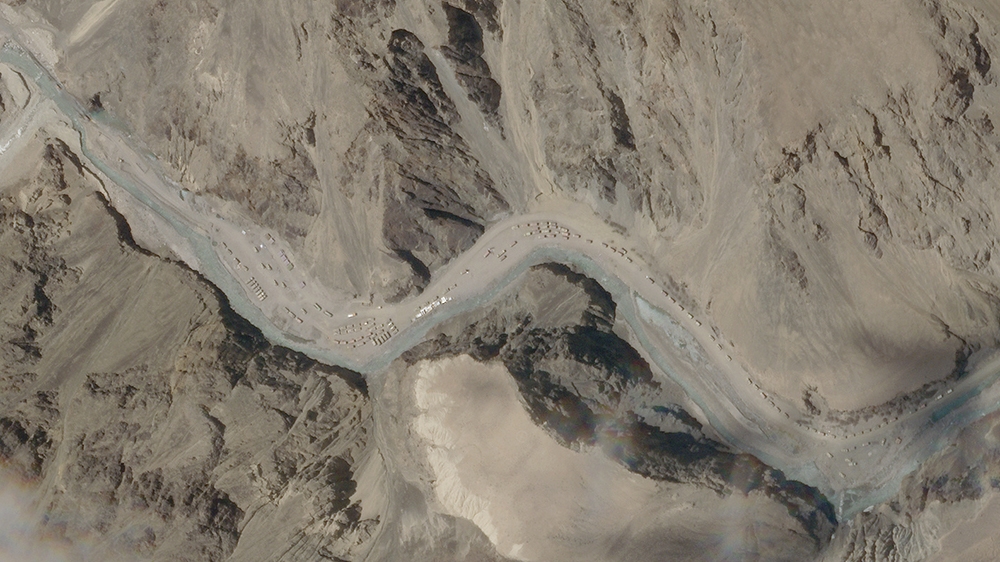 China reinforced its troops near the Indian border with mountaineers and martial arts fighters shortly before a deadly clash this month, state media reported.

Tensions in the mountainous border terrain are common between the two nuclear-armed neighbors, but this month’s fight was their deadliest encounter in nearly 50 years.

The state television network CCTV showed images of hundreds of new troops lined up in the Tibetan capital.

Tibet commander Wang Haijiang said Enbo Fight Club recruits “would greatly increase the organization and mobilization force” of the troops and their “rapid response capacity and support,” China National Defense News reported, but did not confirm. explicitly that its deployment was linked to the ongoing march. border tensions.

Later that day, Indian and Chinese troops fought for several hours in the Galwan Valley in Ladakh, using stone and nail sticks to strike each other, killing 20 Indian soldiers and injuring at least 76 more.

The June 15 clash was the deadliest conflict between the two sides in 45 years. China has not said whether it suffered casualties.

Neighbors continued to blame each other for the high-altitude battle.

India said on Thursday it had beefed up its troops in the disputed Himalayan border region, saying it was matching a similar build-up by China.

The new troops were recruited with the aim of “strengthening the border and stabilizing Tibet,” said China National Defense News.

India claims that Chinese troops ambushed Indian soldiers and forced them to descend a ridge where they had gone to eliminate a Chinese “invasion”.

A bilateral agreement prevents the use of firearms, but the fight, with rudimentary weapons, was still fierce.

The two countries fought a border war in 1962. Nuclear-armed neighbors understand that their troops in the disputed and inhospitable region will not use firearms.

India unilaterally declared Ladakh a federal territory, removing it from India-administered Kashmir in August 2019. China was one of the countries to condemn the measure, raising it in forums such as the UN Security Council.