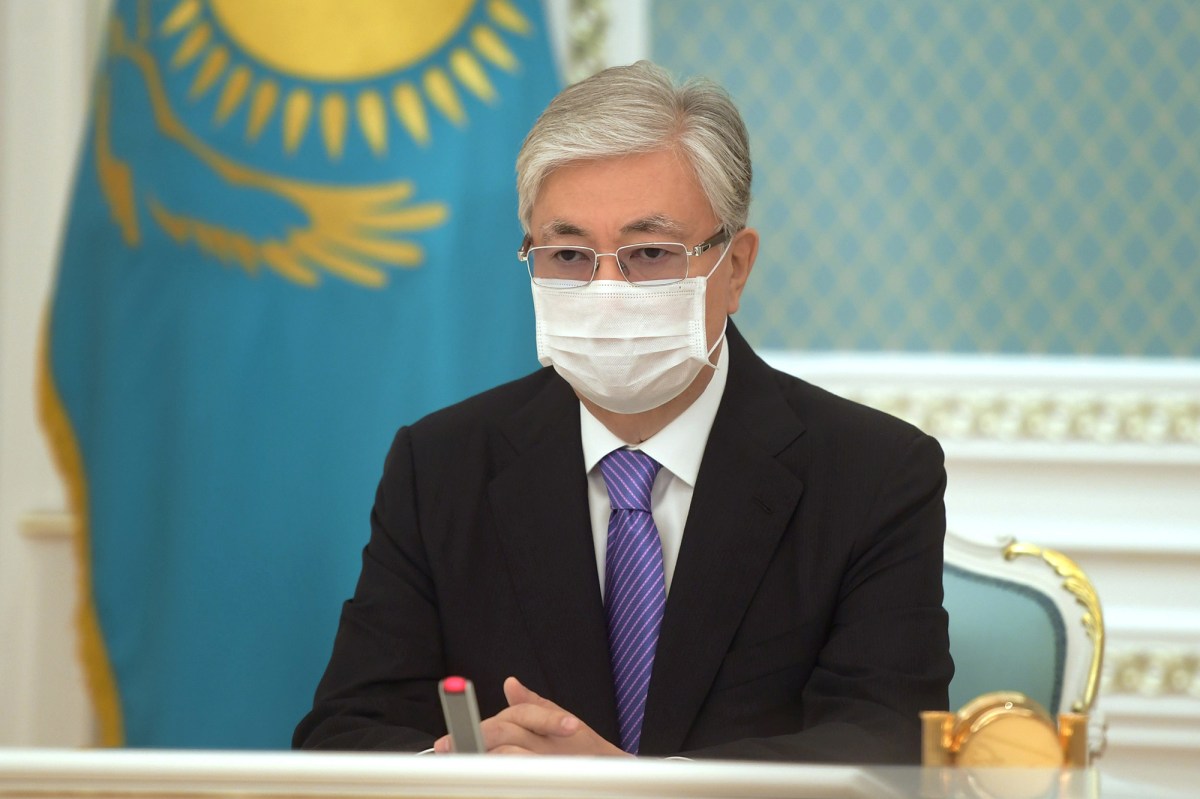 Chinese authorities say Kazakhstan is experiencing a potentially more deadly “unknown pneumonia” outbreak than COVID-19, although authorities in the Central Asian country later denied that the outbreak was new or unknown, according to a report.

The Chinese embassy in Kazakhstan on Thursday informed its citizens that the disease had killed more than 1,700 people, CNN reported.

“The Kazakhstan Department of Health and other agencies are conducting comparative research and have not defined the nature of the pneumonia virus,” the embassy said in a statement.

He said new cases of the mysterious ailment have increased dramatically in Kazakhstan since mid-June, adding that in some places, officials report hundreds of new cases each day, according to the network.

But the Kazakh Ministry of Health denied on Friday that the outbreak was new or unknown, acknowledging only the presence of “viral pneumonia of unspecified etiology.”

“In response to these reports, the Ministry of Health of the Republic of Kazakhstan officially declares that this information does not correspond to reality,” the statement said, CNN reported.

The ministry added that the “unspecified” classification followed the guidelines of the World Health Organization “for the registration of pneumonia when coronavirus infection is diagnosed clinically or epidemiologically but is not confirmed by laboratory tests.”

The Chinese embassy said the cases were concentrated in the Atyrau, Aktobe and Shymkent regions, where nearly 500 people became ill, and more than 30 were seriously ill, according to the report.

The disease has claimed 1,772 lives this year, some of which were Chinese, according to the embassy. A total of 628 of the deaths occurred in June.

“This disease is much more deadly than COVID-19,” the statement said.

The embassy has warned Chinese residents living in the region to limit how much they venture outside and to avoid crowded public areas. She also urged them to wear masks, disinfect spaces, and wash their hands frequently.

When asked about the outbreak on Friday, a spokesman for the Chinese Foreign Ministry told reporters that Beijing is seeking more information.

“China looks forward to working together with Kazakhstan to combat the epidemic and safeguard the public health security of the two countries,” he said.

Kazakhstan’s health ministry said in a statement that Minister Aleksey Tsoy had addressed several cases of pneumonia across the country during a briefing on Thursday.

The cases included various types of bacterial, fungal, and viral pneumonia, including some of “unspecified etiology.”

Related deaths increased by 129 percent, from 274 in June 2019 to 628 in the same month in 2020.
Meanwhile, Kazakhstan continues to fight an increase in coronavirus cases, with 53,021 infections and 264 deaths, according to data from Johns Hopkins University.