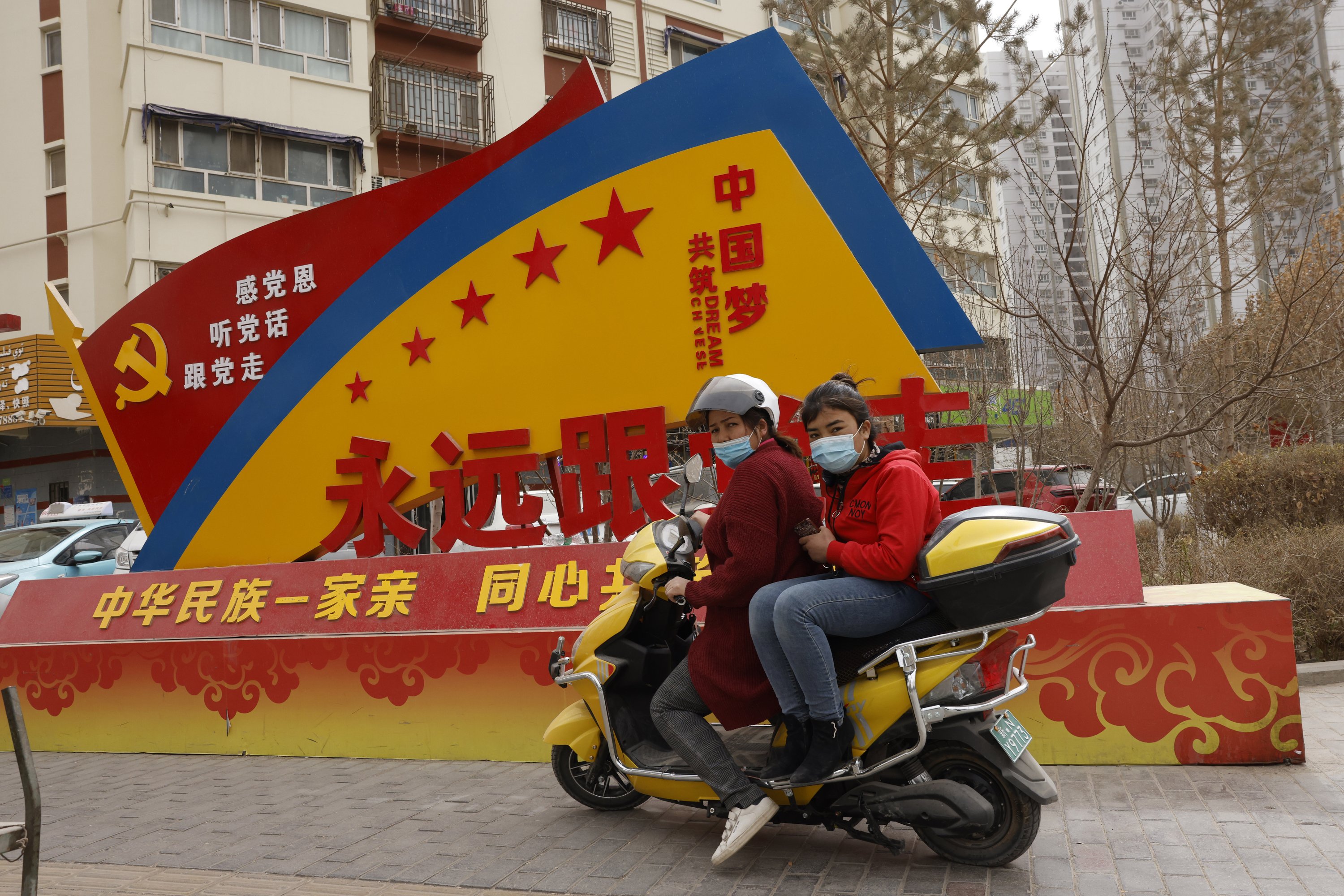 BEIJING (AP) – China announced sanctions against British individuals and entities on Friday after the United Kingdom joined the EU and others in sanctioning Chinese officials accused of human rights abuses in the Xinjiang region. The move was the opening salvo in his last full response to criticism and sanctions from the West.

A statement from the Chinese Foreign Ministry said the Western bloc’s move was based on “nothing but lies and disinformation, flagrantly violates international law and basic norms governing international relations, seriously interferes in China’s internal affairs, and seriously undermines China-UK relations. ” ”

Britain’s ambassador to China had been summoned for a diplomatic protest, according to the statement. Sanctioned individuals and groups would be prohibited from visiting Chinese territory and prohibited from conducting financial transactions with Chinese citizens and institutions.

In a daily press conference, Foreign Ministry spokesman Hua Chunying unleashed a series of accusations against the United States, the United Kingdom, allied nations and parts of the Western media, saying they had been collaborating to subvert the unit and the development of China.

The sanctions against Chinese officials for Xinjiang are part of an elaborate plot to destabilize the region and do not reflect any real concern for the rights of Muslims, Hu said, saying that Beijing’s response was necessary to “defend the interests and rights of Muslims. dignity of China “.

“For a long period of time, the US, UK and others have felt free to say what they want without allowing others to do the same,” Hua said. Those days are over and the West “will have to gradually get used to it,” Hua said.

The latest sanctions and the harsh tone of Hua’s remarks reflect China’s increasingly tough diplomacy under nationalist leader Xi Jinping, who has vowed to defend China’s interests at all costs. In recent days, China has blocked BBC broadcasts that are already very limited in the country and has tried two Canadians in apparent retribution for the arrest in that country of an executive of the Chinese telecommunications giant Huawei.

China has rejected all criticism of its policies in Xinjiang, along with its crackdown on opposition figures in Hong Kong and threats against Taiwan, the autonomous island democracy that China claims as its own territory. He has ignored US sanctions against officials accused of crushing democracy in Hong Kong and has angrily denounced a British plan to offer millions of citizens of his former colony a path to residency and citizenship.

Hua opened his briefing with a video clip of a former assistant to the retired US Secretary of State Colin Powell saying that the US military presence in Afghanistan, which shares a narrow border with China, was in part an effort to thwart the rise. from Beijing. He also mentioned that the National Fund for Democracy and the Central Intelligence Agency work covertly to sow instability.

British Foreign Secretary Dominic Raab denounced the sanctions and urged Chinese authorities to allow UN representatives in Xinjiang to “verify the facts” if they want to “credibly refute allegations of human rights abuses.” China says diplomats are welcome in the region, but only under conditions imposed by Beijing.

China “sanctions its critics,” in contrast to the UK and the rest of the international community who “sanction human rights abuses,” Raab said.

China’s sanctions are the latest move in an increasingly bitter dispute over Xinjiang, where Beijing is accused of detaining more than 1 million members of Uighurs and other Muslim minority groups, using forced labor and imposing coercive measures to control the birth rate.

Chinese state television called for a boycott of Swedish retail chain H&M on Thursday as Beijing lashed out at foreign clothing and footwear brands following Monday’s decision by 27 nations from the European Union, the United States, the United Kingdom and Canada to impose sanctions. financial and travel to four Chinese. officials accused of abuses in Xinjiang. Cotton and other agricultural products form an important component of the local economy in Xinjiang, a vast but sparse population.

Companies ranging from Nike to Burberry that have well-established presences in China were also targeted online, with some Chinese celebrities saying they were breaking endorsement deals.

“China is firmly determined to safeguard its national sovereignty, security and development interests, and warns the UK not to go the wrong way. Otherwise, China will react resolutely, “the Foreign Ministry said.

Ghani, a member of Parliament of Muslim descent, said he “will not be intimidated” by Beijing’s “extraordinary” move.

“This is a wake-up call to all democratic countries and legislators that we will not be able to carry out our daily activities without being sanctioned by China for just trying to expose what is happening in Xinjiang and the abuse against Uighurs,” he said. BBC Radio.

The Xinjiang government issued a lengthy statement promoting economic growth, political stability and population growth in the region and pointing to violence and human rights violations in the US, Britain, Canada and elsewhere. and the chaos caused by military interventions in Iraq and Libya.

“Any plot to undermine the prosperity and development of Xinjiang … will certainly be doomed to shameful failure,” the statement said.

The ruling Communist Party of China and nominally independent nationalists who operate primarily online have a long history of targeting foreign companies and even entire countries that are seen as insulting China’s national dignity or damaging the fundamental interests of the country.

South Korean retail giant Lotte saw its business in China destroyed after it provided land for an American air defense system that Beijing opposed, while relations with Norway strained for years after the Nobel Peace Prize was awarded. to pro-democratic writer Liu Xiaobo, who died in a Chinese prison in 2017.

AP journalist Pan Pylas in London contributed to this report.